The prophecy of Paul Dinah or Predictions of 3906 year 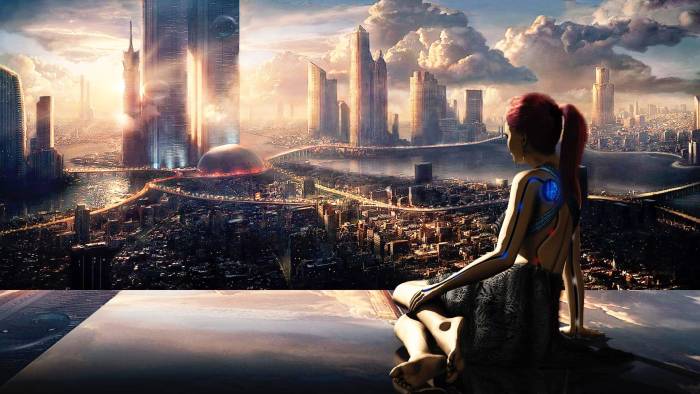 The prophecy of Paul Amadeus Dinah, lapsed in 1921 in the annual lethargy, and transferred the soul into the body of a Andreas Northam, who lives in 3906 year, are not a joke. It’s not even that in 2016 on “time diary Dinah” (1000 pages!) will work scientists from Greece and other countries.

The main argument in favor of the veracity of this mysterious story is that the “reluctant visionary” didn’t want his diary was ever made public. Moreover all copies of the book on Dinage contained only a few of his prophecies and published in the late 1920s, was someone hastily withdrawn from retail and, apparently, destroyed.

Paul Amadeus Dinah’s, which, in his words, it is known that his father was a German-speaking Swiss, and the mother was a native of Salzburg, he moved to Greece in the autumn of 1922, on the recommendation of the attending physician. A year earlier, our hero was one of the victims of a mysterious outbreak of rare disease, lethargic encephalitis, an epidemic which spread around the world between 1915 and 1926. Doctor who observed at the Central hospital of Geneva for who found the memory of the patient and not knowing how to prevent relapse, advised the client country with the best climate”.

Paul Dinah’s followed the recommendation and came to Athens. At the local University, he, a former school teacher, began to teach students the German language. In 1924, having decided to return home, Dinah’s summoned to the office of his best student of George Pope – haziza and gave him a fat manuscript, explaining that its translation from German into Greek will allow it to develop in the field of linguistics. With that and left home — in accordance with the further approval of George, “probably died from tuberculosis, in the course of moving to his native Zurich from Austria through Italy”.

From that moment began the adventures of a mysterious diary which, to the surprise of the gifted student, a collection of predictions for the period from the XXI century up to 3906.

The misadventures of prophecy

According to the memoirs of Papahatzis, published in 1979, “Dinah’s was very careful, very modest person with great attention to detail.” Looking ahead, we note: perhaps this “very great care” and was the reason that our hero is apparently a member of the First world war — arrived in Greece under an assumed name.

In any case, George Papahatzis, who was in search of the Creator of the diary in Zurich 12 times from 1952 to 1966, was never able to find in Switzerland, nor any trace or descendants of his teacher. And then, in the 1920s, finding out that the diary Dinah created by the Swiss in the year following recovery from coma, is a prophecy of a certain Andreas Northam, resident of 3906 year and scientist, whose body was transferred at the time the soul humble teacher, Papahatzis found it necessary to involve the translation of several works he knew of linguists.

As a result: at the end of the 1920s in Greece was published the novel “Valley of Roses”, represents a compilation from the stories of Papahatzis about the teacher and the revelations of Northam. Now we can only guess who and why removed from the free sale of the entire edition of this novel and then, most likely, destroyed. Meanwhile, Papahatzis continued to work on translating a mysterious manuscript, and today we can only regret that the Second world war and the period of the dictatorship of the colonels in Greece detained for many years it penance.

It is regrettable that the original diary of a time traveler was irretrievably lost. According to the testimony of the translator himself, on Christmas eve 1944 his house was composed of the soldiers of the Greek army and seized suspicious Ledger in German, promising to return it after checking its content.

This promise was never fulfilled. Fortunately, by that time, Papahatzis already finished the translation of the diary Dinah of Northam. Which subsequently allowed us to publish it in 1979.

Why so late? The answer is simple: after the Second world war only one mention of the fact that there is a translation from the German, were sent to work in the category of banned literature. Publishers refused to publish it under the pretext of “too much, lack of money of the population and too little demand for such books in Greece.” Finally, in 1972, the penultimate attempt of Papahatzis to convey to fellow prophecy Dinah failed for the reason that that year was the climax reigned in Greece seven year dictatorship of the colonels, believes that people need a completely different literature, propaganda.

However, striking is not even the ordeal of the book (and her interpreter), and the fact that the circulation of 1979, repeated the fate of the circulation of “Rose Valley”, printed in the late 1920s. someone has simply bought “on the vine”, not allowing to reach the book to store shelves. Only at the end of 2015 someone Anastasis, Radamantis presented a copy to the scientific community of Greece.

Why can we assume that Papahatzis — not a crook and not a hoaxer, who made his name throughout the story? We will reply next. And while it is time to introduce you to the prophecies of Paul Amadeus Dinah — information from the future, voiced by resident 3906 years, whose body was transported the soul of our hero.

The near future, or will Live — we’ll see?

The world is on the brink of the last war in the years 2016-2018. But it’s not going to happen. However, in 2017, will cease to exist inter-state borders in the hitherto usual way.

By 2020 there will be a full reformatting of the exchange and banking systems. The money in the usual form will cease to exist: their electronic value will be bound to the real value of electricity, gold, natural resources.

By 2025, the natural resources of humanity will be redistributed, the actual private property on them is cancelled. This will allow the vast majority of people on Earth to live in a period of prosperity.

By 2030 scientists will comprehend the secret photographing of “spiritual energies”. Anyone can become a “television transmitter”, relaying via the psychic channels his thoughts and vision to everyone “subscribers”.

Until 2050, the infant mortality rate will be almost defeated, and the fossil fuel terminated in connection with the development of technology on renewable and spatial energies. Nobel prize in physics is awarded to the team of scientists working in the field of practical use of anti-gravity and “aerodinamica” (probably talking about the new use of “spiritual energies”).

In addition, Paul Dinah’s mentioned that in the XXI century will open a new kind of DNA and overpopulation will begin the construction of artificial underground cities, and will open some “internal underground of the Sun and the atmosphere“.

With regard to the issue of creating a “world government”, according to Dinah, it will be created not in our lifetimes (and our children and grandchildren). Interestingly, according to the diary records Dinah, this government will consist of scientists and intellectuals, because to the XXIII century will disappear, the very notion of “politics”.
Who is George Papahatzis

Is there any evidence that the translator diaries Dinah — not a charlatan and not a hoaxer? Judge for yourself.

The name of Georgios Papoutsis well known in Greece, he was Dean of the University political education “Pantheon”, created in Athens in 1927, a Professor of administrative law, Vice-President of the National Council of Greece, the founder of the Greek philosophical society, an honorary doctor of philosophy and cultural studies.

The attempts to popularize the diary of her teacher Papazachos subjected to serious harassment, from threats of a ban on scientific activities to the Church anathema. The scientist continued his selfless work in spite of all the hardships.

Do you remember the name of the Celebrated Radamantis? He is a senior representative of the Greek branch of one of the world’s Masonic lodges. If you believe the publications in the press Hellas, Mr. Glad-mantis no secret that for decades the brothers carefully secretly studied the predictions Dinah, and now, based on some “internal reasons”, chose to make them known to all mankind.

But what is the role of the scientific community in future work on the book? Isn’t it enough to translate it from Greek to others, giving to judge of its value to the General public?

Greek scientists explain it this way. First, Georgios Papazachos, translating the diary Dinah, found it necessary to accompany him with their comments, comparable in volume with the actual prophecies, “with crossed” with the latter. So you should separate the predictions from comments made by a scholar noted for poetic mindset.

Second, do the predictions deserve careful work of contemporary experts in different fields of knowledge: from logic to quantum physics. Modest Swiss teacher of the early XX century, admitted in his diaries that not everyone could understand the terminology Andreas Northam, a scientist from the distant future, give him knowledge. And recorded them only in the measure of his understanding.

Meanwhile, another interesting argument in favor of the honesty of the Creator of the diaries, made recently famous astrophysicist Hubert Reeves. This scientist is convinced that the description of Dynacom his movements of the soul in the body of Northam “hid a whole array of scientific information that was not known in 1920-e years, and accepted facts only in the XXI century”.