The pyramid is a shelter from meteorites

Professor of mathematics and astronomy, Cardiff University, Chandra Wickramasinghe believes that the giant Egyptian pyramids were built the price of Titanic efforts not to admire them and bury them in the depths of the mummies of the pharaohs. The pyramids had to withstand an asteroid attack from outer space and save the people.

Researchers have long paid attention to scattered on the deserts of North Africa hundreds of beautiful green “diamond” (so-called “Libyan glass”). They emit a mysterious glow, round-shaped, like glass and reflect the light.

Anything like this on Earth is not found. On the rocks was only noticed in 1972, when the expedition brought 24 specimens from the Libyan desert.

A sort of stone can form if to heat the sand to extremely high temperatures. And then the scientists wondered, how could take a thousand-degree Inferno that melted the African desert.

Chandra Wickramasinghe concluded that the heat came from space, and precious stones originated in those moments when an asteroid, meteorite or a fragment of a comet crashed into the earth. 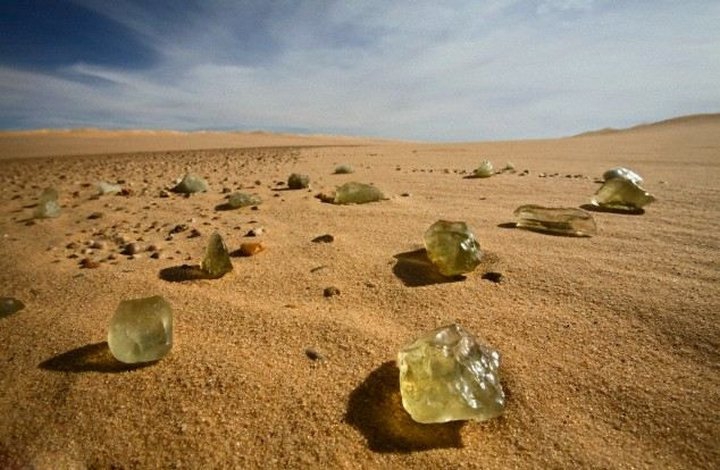 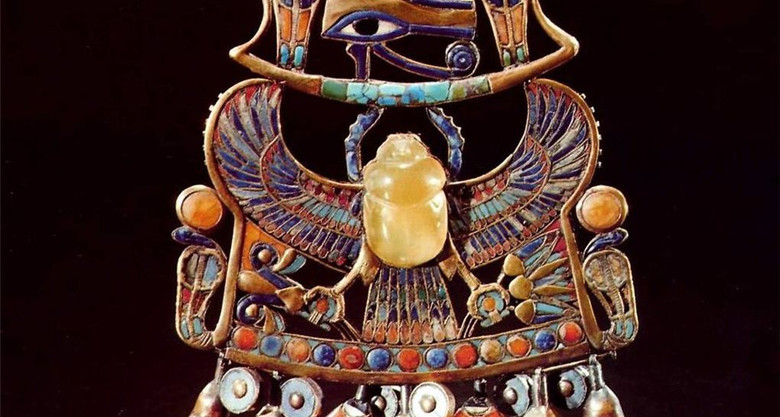 Just to protect from attacks from space, the pharaohs began to build for himself and his entourage of superbia in the form of pyramids. It was the theory of defense from asteroids can explain why the pyramids had such cyclopean dimensions, original location and form, and void spaces.

According to the hypothesis of Professor Wickramasinghe, the Earth regularly every 1,500 years catches up with bombardment from space by small meteorites, which, although not produce a universal catastrophe, however, capable of changing climatic conditions on a large area. And not just North Africa, along with the adjacent areas and were under attack.

The ancient Egyptians were not lucky, and they are in the heyday of their mysterious civilization brought upon themselves “the wrath of the stars.” Green stone, likely formed as a result of a hard landing of the asteroid weighing millions of tons