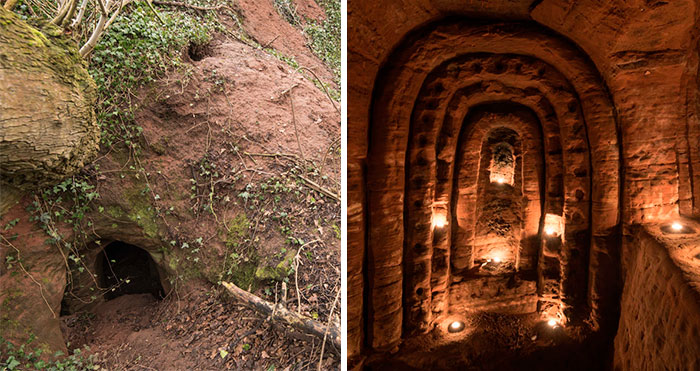 A common rabbit hole in a farmer’s field in Shropshire, Great Britain, was the entrance to an extensive network of underground caves that were created 700 years ago by the mysterious Order of Knights Templars.

The caves are carved in sandstone and all this time they were hidden from human eyes at a depth of only 1 meter below the ground. The cave network was an underground temple of the Templars, an ancient religious order that had such power and wealth that even the Catholic Church and European rulers were afraid of them.

The discovery of the caves became known to local journalists who immediately went to the scene and after talking with the owner of the land found out that he had found the cave when he almost fell into the rabbit hole. Then he felt like Alice in Wonderland.

The find caused an agiotage and an influx of people willing to look at the caves, and the farmer did not like it very much. Having found the caves in 2012, he decided not to advertise his find and forbade visiting his land to third-party visitors. So there was an underground Temple of the Templars on a farmer’s field in secret from the whole world. 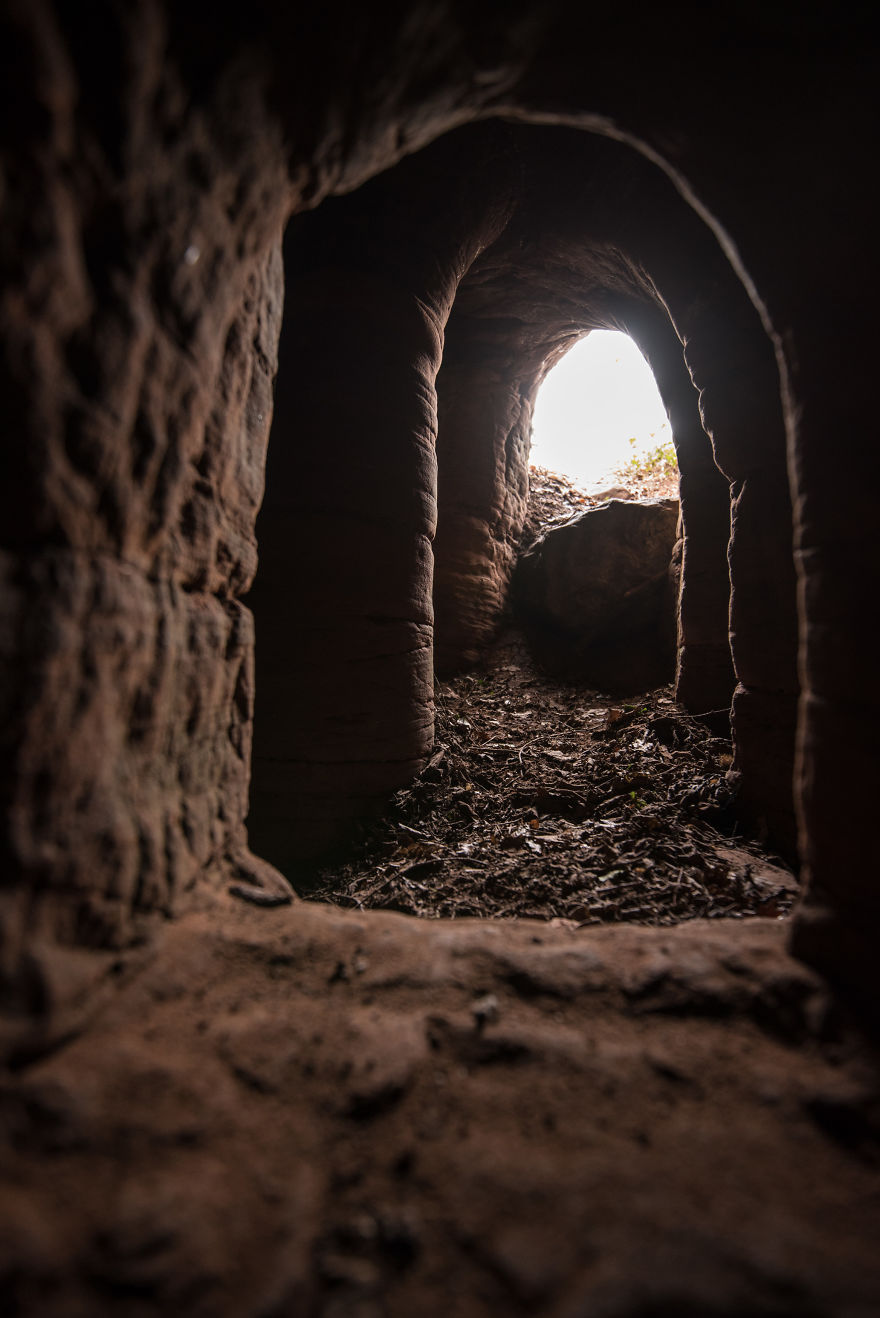 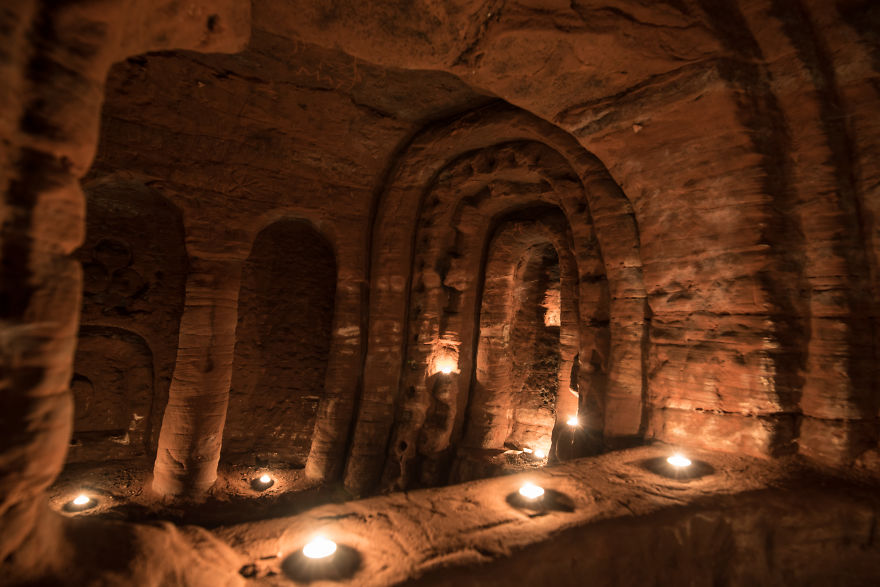 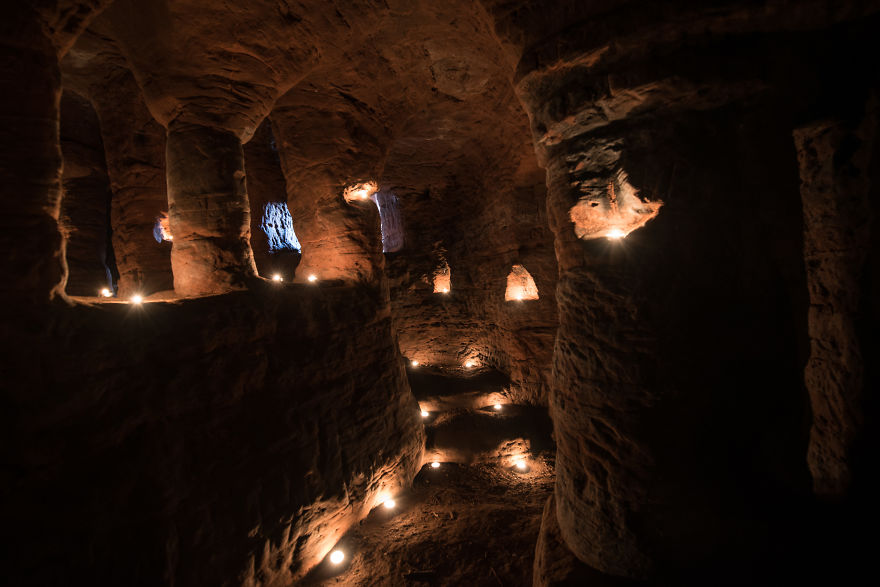 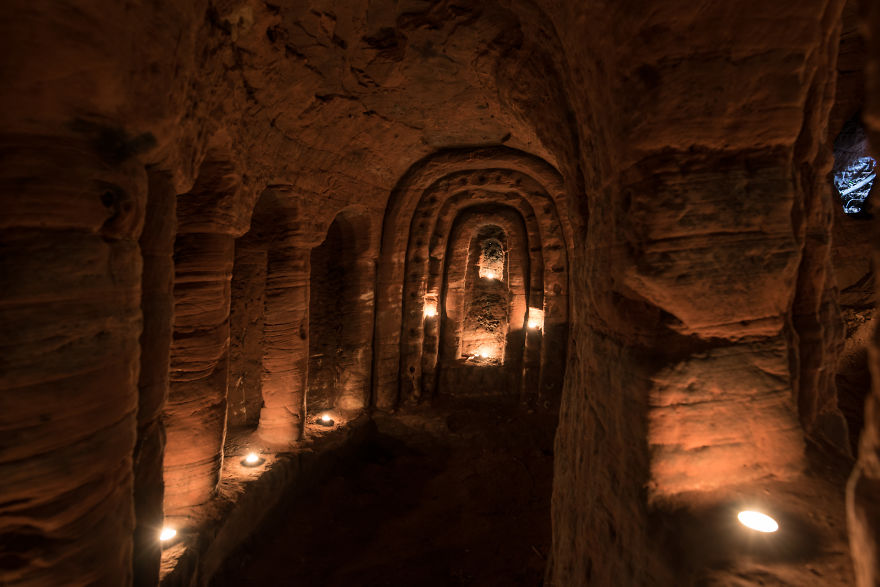 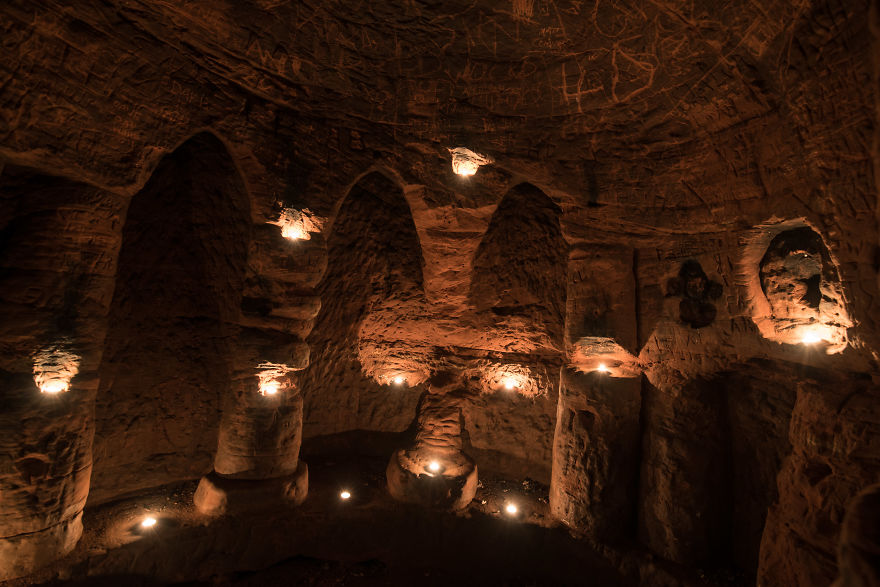 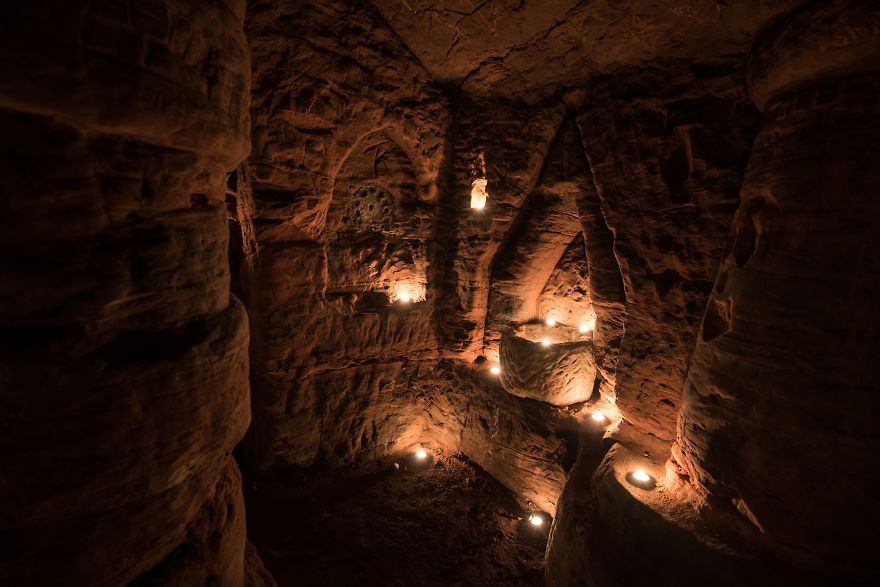 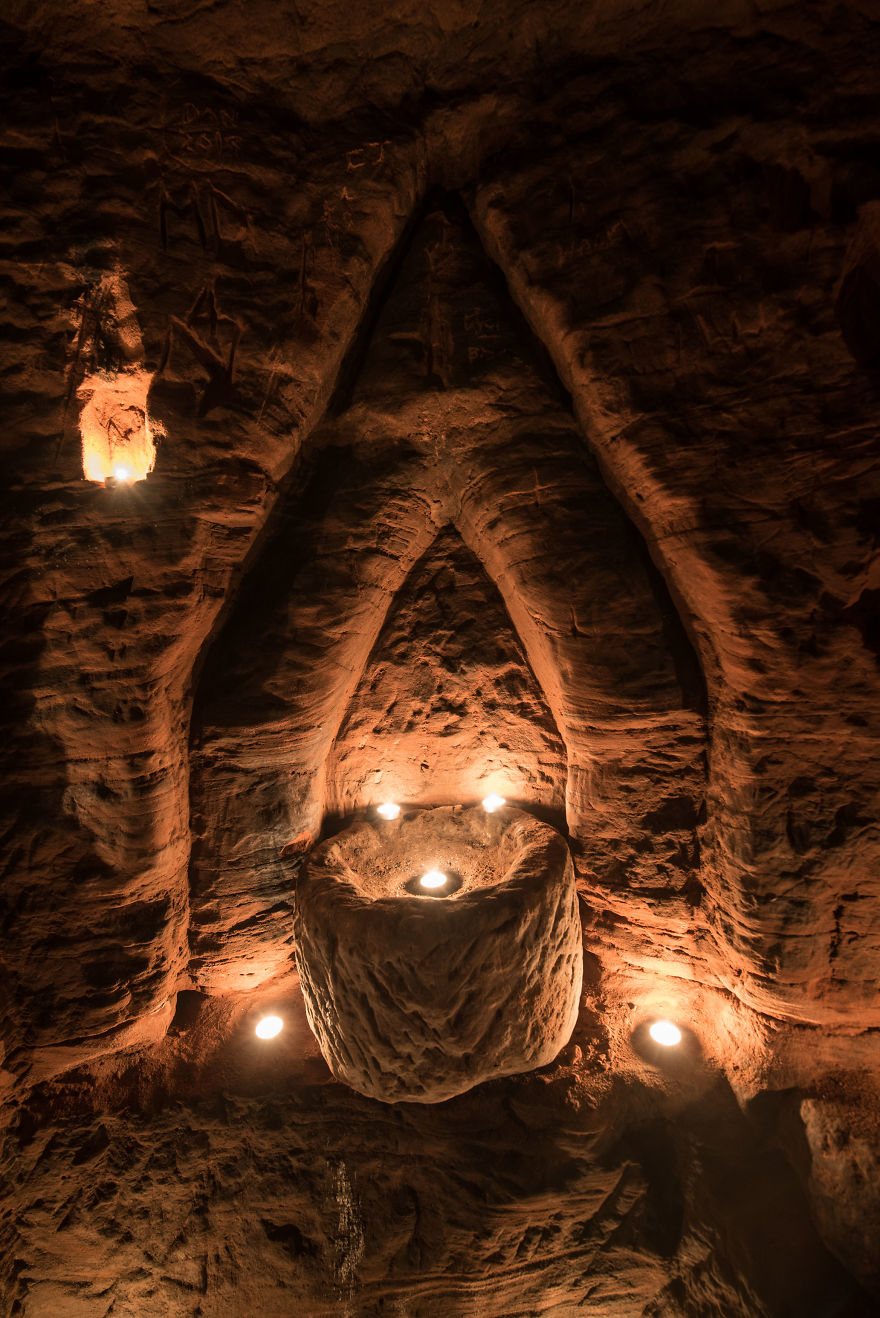 Photographer Michael Scott, managed to get to the caves and even take some pictures of how this mysterious place looks from the inside.