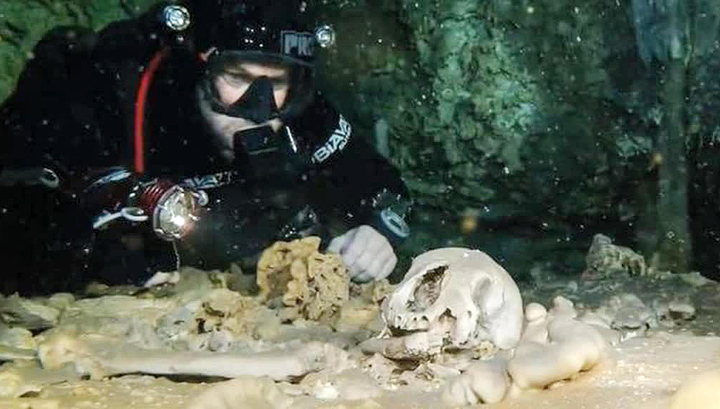 The remains of a man who lived about 10 thousand years ago were discovered in the largest in Mexico system of underwater caves on the Yucatan peninsula. The find was made by divers.

According to preliminary data, the location of the found remains suggests that the cause of the death of an ancient man was a catastrophic event. In order to find out who owns the skeleton, an anthropologist will join the project to study the find.

When diving into underwater caves, altars and other religious buildings were dedicated to the god of trade Maya Eck-Chuah. According to preliminary estimates, the system of underwater caves extends to 347 kilometers, and the number of objects of the archaeological heritage of the Mayan civilization in it can be estimated in hundreds.