The rise and decline of Lake Chad 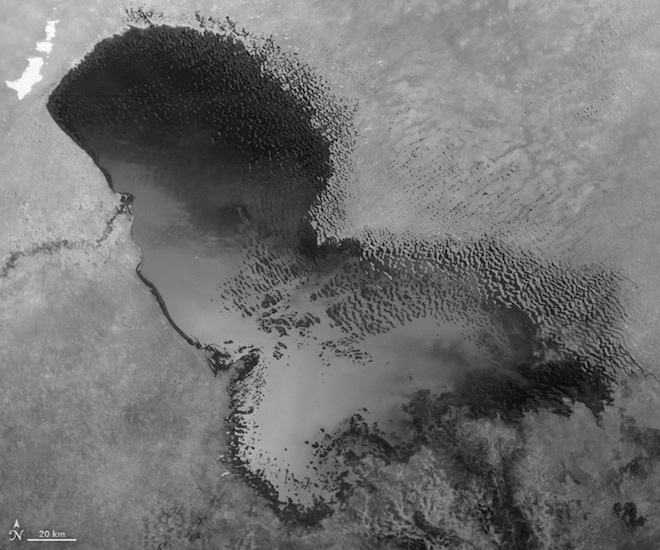 In the vast basin in West Central Africa there is a blue dot – Lake Chad. From its water, 30 million people depend, animals, fishing, irrigation and economics in Chad, Cameroon, Nigeria and Niger.

But in the past half century Lake Chad has lost most of the water. Once the great lake now covers less than one tenth of the territory it covered in the 1960s.

The area of ​​the Chad basin is more than 2.4 million square meters. km and is bordered by mountain ranges. The water level depends on the rivers, mainly from Chari in the south and Komodugu-Yobe in the north-west. Rainfall also falls into the lake through small tributaries and outflow of groundwater.

The pictures above and below show the very first species of Chad from space. The first picture was taken in 1963 by the satellite of the program “Corona”. The second was in October 1968 by the astronauts of the Apollo 7 mission. On the images of Lake Chad – a single large pond. At that time, the area of ​​Chad was 22 thousand square meters. km. 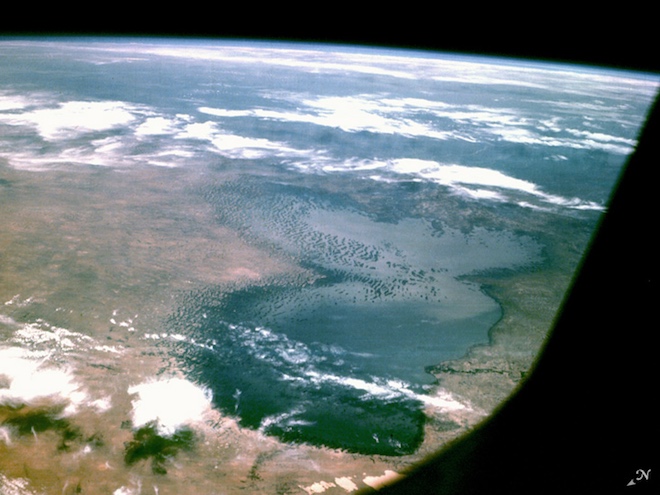 By the 1970s, changes had begun. For more than a decade, the African Sahel has suffered severe droughts. The water reduction in Lake Chad can be seen on these three images that Landsat satellites made. The pictures are made in false colors, so that the difference between the vegetation (red) and water (blue and gray) was better visible. Photos show the lake in 1973, 1976 and 1979.

In 1973, the lake was in a phase called “Normal Lake Chad” – a single reservoir with an archipelago on the northern side of the southern basin.

By 1976 the lake was transferred to the “Small Lake Chad”. It was divided into two sections: the northern and southern basins, separated by a shallow sill, which is called the Great Barrier. In the 1970s. the water disappeared from the northern basin. Since then, the water has come and gone from the northern part, depending on the year and season of the year. But the two lobes never merged into a single lake.

By the 1980s. the area of ​​the lake was reduced to 300 square kilometers. This image, made in January 1987, “Landsatom-5” shows a completely dried up northern share. Scientists have proposed a new name for the driest phase of Lake Chad: “Dry small lake Chad.” 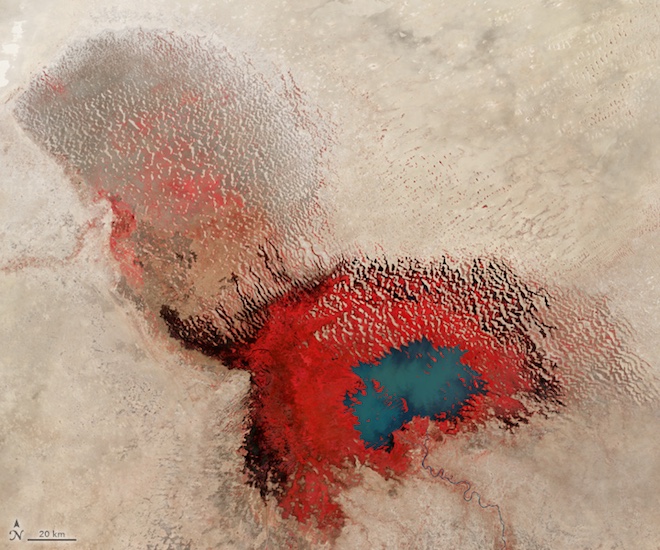 By 1999, the northern lake of Chad was again filled with water. But the recovery was slow and the lake level is still below the average for the period from 1900-2010. and far below the level of the 1960s.

The images below show the lake during that period of a small recovery. The first is a photograph taken with the ISS in February 2015. The second – an image in fake colors – shows the lake the way it was seen in March 2017 by the satellite Landsat-8. 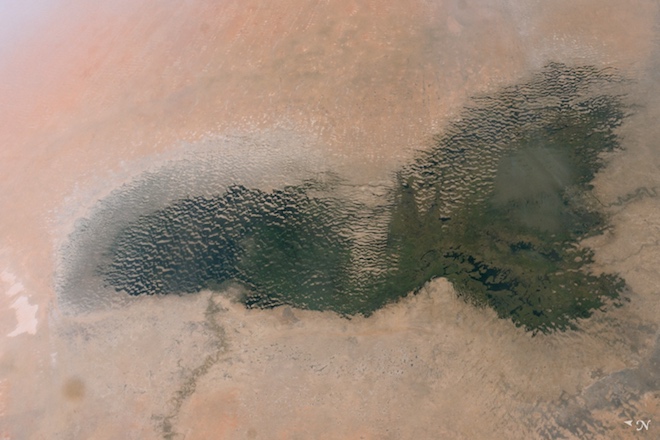 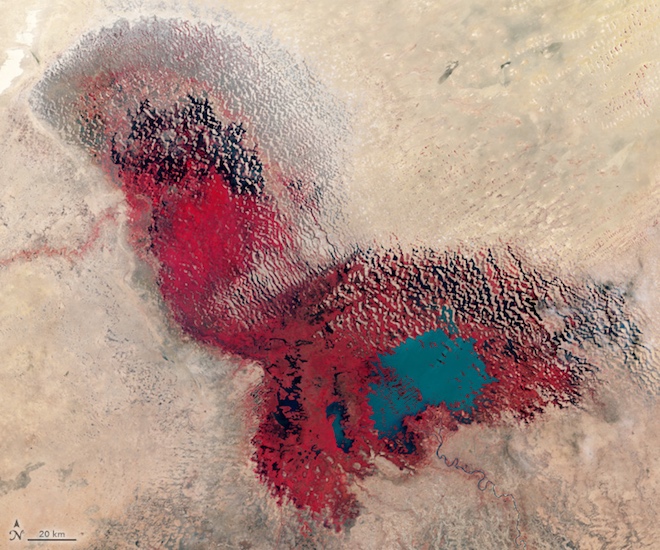