The Romans used against the barbarians “sonic weapon” 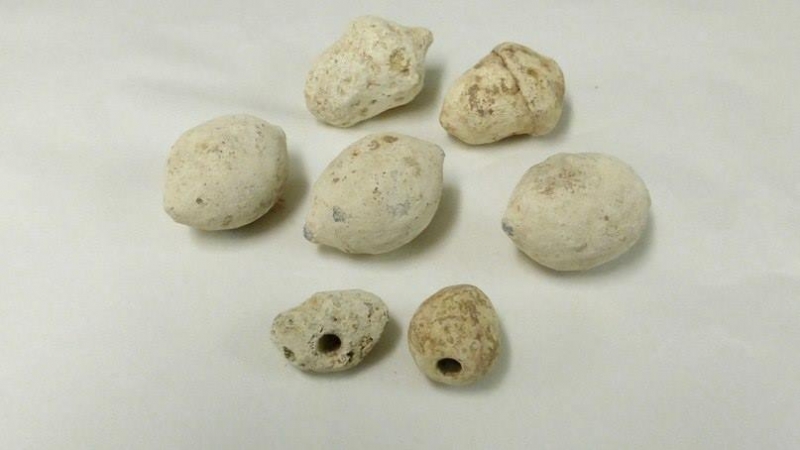 Roman troops used the shells whistling sling as a secret “weapons of intimidation”.

Archaeologists discovered in Scotland cast lead projectiles for slings special form, I think that the Roman armies used them about 1 800 years ago as “weapons of intimidation” against the barbarians.

Each bullet weighed about 30 g and had in the middle hole, with a diameter of 5 mm. According to the researchers, this design allowed the projectile to be released in flight, a sharp buzzing or whistling sound. The bullets were recently discovered in South-West Scotland in the territory of the Burnswark Hill in the second century there was a major clash between Roman and local troops. Holes, according to archaeologists John reed Fund Trimontium (Trimontium Trust), transformed the shells into “weapons of intimidation”.

“It wasn’t just a weapon, striking the enemy. It sound forced opponents to duck, – said the expert. – Every army wants to have the advantage, and the Romans got it from the whistling of bullets.”

From conventional shells, the product also is smaller in size. The researchers suggest that they were used on a few pieces for one shot.

“With their help, you can shoot in groups of 3-4 people, getting the effect of a shotgun,” Reid said. – We assume that the shells used in close-quarters shootings.

Stones and man-made projectiles for slings were common findings in the field of Roman battles. But whistling bullets archaeologists at other sites did not come across. In Greece, according to reed, was discovered ceramic shells with holes, Dating from II–III century BC

Presumably, the inside was filled with poison. However, experiments with nearly 100 copies of the whistling of the shells showed that the poison weapons, they would be ineffective due to the small hole size and low probability of penetration through the skin. Brother reed suggested that they were designed specifically to create noise.