The Scythian time harp will be recreated in the Altai Republic 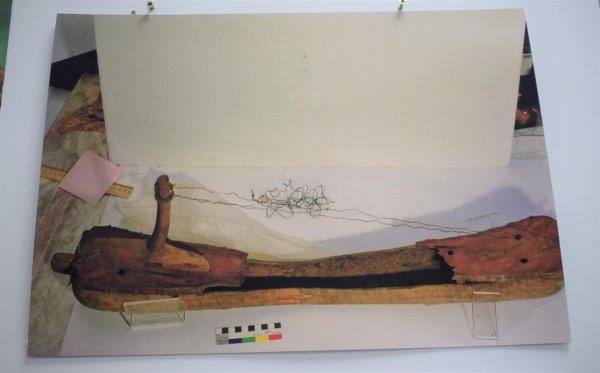 A music studio for experiments with sound will be created in the Republic of Altai to recreate the unique artifact of antiquity, the “Scythian harp”, and give it the opportunity to sound.

“Thanks to the work of archaeologists, folklorists, restorers, composers, it was possible to reproduce an ancient musical instrument” Scythian harp. “The first stage was the study of the original instrument in the Hermitage, and later a musical studio will be created on the basis of the Cultural, Historical, Museum Center- for experimental work with sound and enrichment of the instrument with new acoustic properties, “the press center said.

The project of restoration of the harp of the 5th-4th centuries BC became the winner of presidential grants. The author of the project was the head of the Cultural-Historical, Museum Center of the Altai Republic Svetlana Katynova. Currently, the project participants collect and analyze historical works, folklore material. It is expected that the final result of the work will be submitted by July 2018.

“Many attempts were made to recreate the harp stored in the Hermitage and give it the opportunity to sound, but all attempts were unsuccessful, mainly because the materials did not match the original.” Now the specialists went to St. Petersburg and studied everything, even the material of the strings, “the interlocutor stressed. agency.

It is supposed that the recreated harp will be presented, and after that an experimental platform will appear in the region for learning to play the instrument.

“Scythian harp” is a unique artifact of antiquity, representing the value of the cultural heritage of the peoples of the Eurasian space. The tool was found in 1947 during the excavation of the second Pazyryk barrow in the Gorny Altai and dates back to the 5th century BC. Later, during the excavation of the Bashadar burial mound in the Ongudai district, another similar instrument was found dating from the 6th century BC.