The secret of the abduction of Cuban Cardenas 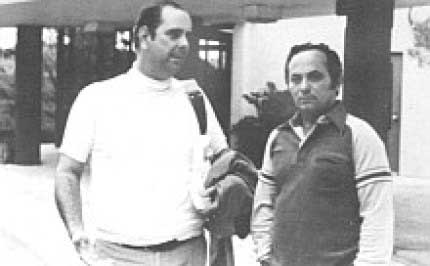 Filiberto Cardenas was an expat from Cuba, he lived in Hiale, Florida. Cárdenas, while in Cuba, worked as a technician in the electrocardiologic laboratory. He was drafted into the army, fought against the rebels Fidel Castro and after the victory of the revolution he spent nine years in prison.

After his release, he emigrated to the United States, where he took up various jobs, held a gift shop, and later a gas station.

On the evening of January 3, 1979, Cardenas, his friend Fernando Marty, wife of Marti and his thirteen-year-old daughter drove by car to Hiale’s suburbs. They wanted fried pork, and they were looking for where to buy a pig. So without finding anything suitable, the company returned home, and along the way the engine of the car suddenly died out.

As both men tell, when the headlights suddenly went out and the starter refused to work, they got out of the car and opened the engine hood.

And then they suddenly saw that the engine lit up with red and purple gleams, alternating alternately, and heard a sound, as if many bees were buzzing at the same time. The car shook, and the light turned dazzling white.

Fernando, in fear, climbed under the hood in search of shelter. And Filiberto, meanwhile, felt that he was paralyzed, and an unknown force raises him into the air, and he heard his cry: “Do not touch me, do not touch me!” .

Fernando saw his friend fly up, and by the time he got out from under the hood, it was no longer visible. The only thing that Fernando had time to notice was the awkward, heavy object that had risen and flew away.

The next thing that Filiberto remembers is how nearly he knocked over a car on Tamyami-Trail, sixteen kilometers from where he was taken to the air. This story was extremely puzzling policemen, and they in the official report brought it to the list of incidents as a close contact of the third degree.

Under hypnosis Filiberto initially refused to describe what happened to him during the abduction, because they forbade anything to tell. Later, he told a strange and elaborate story that begins when he woke up and found himself paralyzed in front of some robot-like creature and two little men dressed in tightly fitting overalls.

One of the little men tried to speak with Filiberto in German, English and, finally, in Spanish. Whenever he changed his tongue, he turned the button on his side. Filiberto was subjected to a survey which, he said, left 108 marks on his body, and then he was taken to a certain person who was seated on a high throne and clad in a mantle, with a chain on which hung a triangular stone.

This character for a long time talked with him telepathically in excellent Spanish and showed Filiberto a lot of wonderful scenes that arose on the walls of the room.

Filiberto said that the aliens looked quite human. They had lengthened eyes with eyelashes, small flat noses, long, mouthless mouths and small beards. Every person on the right had a symbol on his chest – a snake on top of the letter X lying on its side. 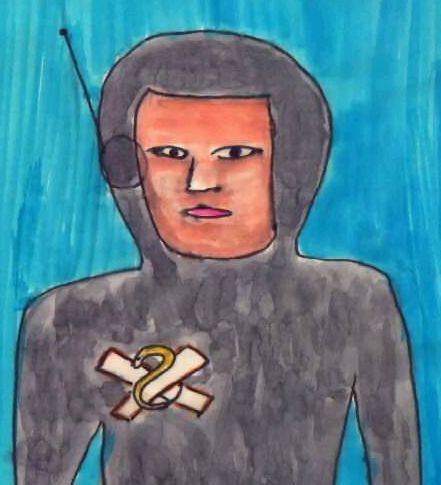 Then the story becomes even more unusual. The creatures took Philiberto with them to the base, which is under the sea. They moved under water with great speed through a tunnel of condensed water, which, apparently, was opened near the ship in such a way that water did not penetrate inside.

On the basis of Filiberto met with a man who worked with the aliens, and who led the guest through the buildings that resembled the city. Then Cardenas was paralyzed again and examined, during which he took a sperm sample.

After that, another figure in the mantle on the throne gave him some instructions that were illustrated by images on a number of television screens. After numerous trials, which he thought were going on for many days, Filiberto was landed near Tamyami-Trail and discovered that about two hours had passed since the beginning of his abduction on earth.

This can be called a story with an incomplete loss of time. Believe it is difficult, but there is no need to guess whether it is completely truthful or completely invented. Perhaps, say, Filiberto Cardenas was really lifted into the sky, as Marti testifies. But the events he described under hypnosis could be partially created in his own mind. Or they could be projected into his consciousness by the forces that carried him away.

Later, Cardenas hosted a second meeting with aliens. This time Filiberto and his wife Iris voluntarily entered the alien ship and chatted friendly with his crew, almost like people. Subsequently, they managed to recall directly, without any use of hypnosis, what was happening to them. This is typical for the mediatory stories of a voluntary visit to an alien space ship, although the presence of two witnesses who participated in the meeting is a rather unusual thing.

Despite the fact that the Cardenas case has many features characteristic of mediatory stories, it contains many standard features inherent in reports of kidnappings committed by aliens.

These are his stories about implants that can not be detected by medical means, about crossing people and aliens, about the parapsychic phenomena that followed the abduction, and, of course, the most dramatic abduction, confirmed by three eyewitnesses.