The Secret of the “Isle of the Dead” 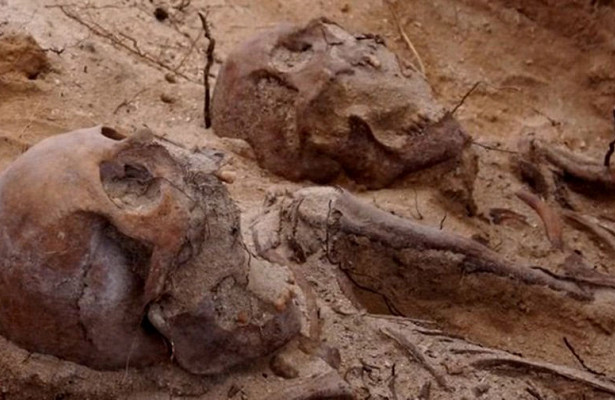 Scientists have found the remains of the passengers of the ship, 400 years ago, wrecked off the coast of the island of Beacon, 60 km from Australia. The surviving passengers on the island were victims of the arbitrariness of the merchant, who wanted to create his own kingdom. Such findings allow you to learn more about what was happening on the island at that time.

A group of scientists from Australia and the Netherlands found on the island of Beacon, located near the western coast of Australia, a common grave of five people. Almost 400 years ago a merchant ship sank off the coast of the island, and the surviving passengers, who reached the island, soon fell victim to the tyranny of one of the team members. The found remains, as it turned out, belong to the passengers of the ship, but they died, apparently, even before the beginning of the bloody events on the island. About the find is reported on the site of the University of Western Australia.

October 27, 1628 merchant vessel “Batavia” left the port on the island of Texel in the Netherlands and went to the shores of Batavia (now Jakarta). The holds were filled with hundreds of tons of cargo, on board the ship there were about 350 people. “Batavia” was accompanied by a convoy of seven ships.

Problems began when the head of the expedition Francisco Pelsart suspected skipper Adrian Jacobsen in the preparation of a riot, the purpose of which was to seize the ship along with the cargo. By order of Pelsart, the soldiers guarded the cargo and carried a night watch to prevent Jacobson from escorting the ship from the convoy. However, when Pelsart after the passage of the Cape of Good Hope fevered, the skipper took advantage of the situation and led the ship off the planned course and out of sight of the ships accompanying him.

On the night of June 4, 1629, the ship flew into the reefs 60 km from the western coast of Australia.

Part of the crew and passengers died, the ship sank. Jacobson and Pelsart managed to escape, and with a small team they set sail for the fort of Batavia. After a while, they were picked up by one of their ships that accompanied Batavia.

About 260 survivors were left to wait for help on the island. Responsible for them was appointed merchant Eronimus Corneliszon, one of the members of the expedition. However, he had other plans. Corneliszone was going to capture any rescue ship and with its help to find a more suitable shelter.

He hoped to even create a new kingdom, using gold and silver from the sunken “Batavia”.

However, at first he had to eliminate possible opponents.

Cornelisone planned to begin to take control of all weapons and food. He sent a group of soldiers to a neighboring island in search of fresh water and ordered to light the signal lights when they found it – then they would be taken from the island. Of course, what was said was a lie – he left the soldiers on the island to die.

After that, the survivors faced the tyranny of Corneliszon. On his orders, devoted supporters were being cut off with anyone who, in Corneliszon’s opinion, posed a threat or encroached on already scarce resources. Intoxicated by the impunity, the rebels killed all indiscriminately, including children. They no longer needed good reasons for drowning someone, strangling them or hammering them to death.

Cornelissohn himself preferred not to spoil his hands with blood-all murders were committed only by his henchmen. He planned to reduce the population of the island to 45 people.

In total, at least 110 men, women and children were killed.

Meanwhile, the soldiers left on the neighboring island were still able to survive. They found water and food. Among the wreckage of the ship thrown ashore, they picked up materials from which weapons were made. In anticipation of the traitors, the soldiers sent out patrolmen and built a fort of limestone and coral.

And on the island where Corneliszone was left, supplies were coming to an end. After learning about the surviving soldiers and the fact that there is water on the neighboring island, he decided to attack the soldiers with his people. But the soldiers had the necessary combat training, and even recently they were much better off, so they could fight back. The rebels were not saved even by more sophisticated weapons.

Pelsart arrived to pick up the survivors, just during the siege of the island. The soldiers reached the ship first and told what was happening.

Having enlisted the support of the ship’s crew, they quickly dealt with the people of Cornelisone.

The shipwreck site was found only in 1963, the nearby territories are still being studied.

“In the last three years, within the framework of our research project in the central part of the island of Beacon, the remains of 10 people were found,” says anthropologist Daniel Franklin of the University of Western Australia.

However, according to researchers, they hardly found the remains of victims of brutal murders.

“The find looks more like a thorough and respectful burial than an attempt to get rid of the victims’ bodies,” said team member Alistair Paterson. “Perhaps these people died after the crash, but before the massacres began.”

“Isotope analysis allows us to determine where these people come from,” says archaeologist Lisbeth Smits of the University of Amsterdam. “Surprisingly, many of them are not from Holland, they came there to be on the ships of the East India Company.”