The secret of the message of aliens: “You will improve or disappea” 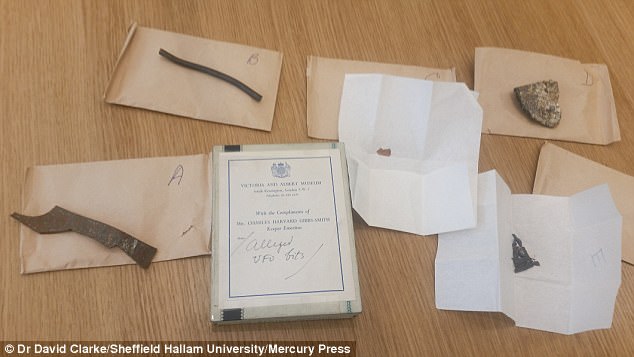 In 1957, in the area of ​​Silpho Moor near Scarborough, North Yorkshire, an unknown device was found, which was supposed to have crashed, falling from the sky. The object was discovered by three local residents, after they saw how something luminous fell from a height into a swamp.

The artifact was found a month after the USSR launched its first satellite, so at first they thought it was the details of the satellite. But the object was nothing like a satellite, originally there was a metal disc 17 inches (43 cm) in diameter and weighing 14 kg.

From this disk are now only very small fragments, which were recently found in the closet of the London scientific museum. The disc was named “Saucer Saucer” (Silpho saucer), and its fragments lay in the museum for dozens of years.

In 1957, news about the discovery of a fallen miniature UFO excited the English press. The fallen disk was actively studied and it was reported that on its surface were strange hieroglyphs, presumably similar to those that were visible on a UFO that fell in the American Roswell.

It was also reported that inside the “saucer” was found a book with pages of copper, on which there was a message of 2 thousand words. Some said that they were able to translate and that this message was sent by an alien named Ullo and warned of the dangers of nuclear weapons.

At the end of the message, it was said “You must improve or disappear”. 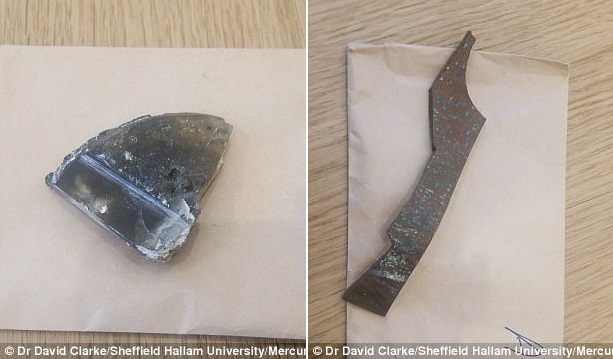 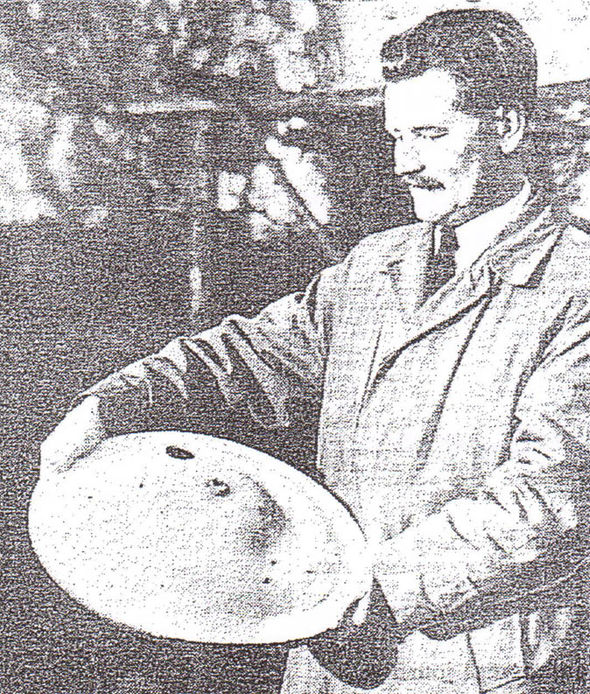 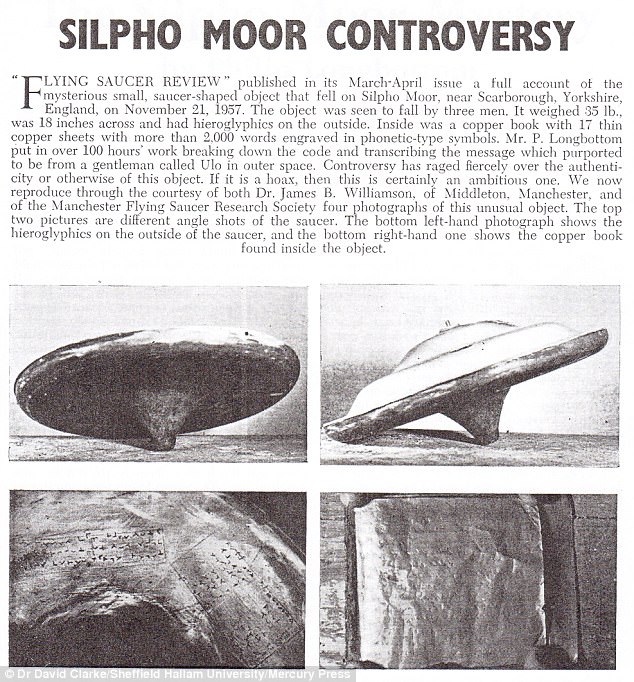 The remains of this UFO in the museum were discovered many years later by Dr. David Clark of the University of Sheffield. According to him recently, when he visited the London Science Museum, one of the workers asked him intriguingly: “Do you know that fragments of a flying saucer have been stored here for several decades?”

The fragments lay in a museum closet in an old tin cigarette case.

“I was absolutely amazed when he opened the box and showed me these pieces,” says David Clark.

In 1963, a series of studies of these debris at the Museum of Natural History and the University of Manchester were conducted and scientists concluded that they faced a very complex and skilful rally. It was reported that someone took the details from different things and “mixed them.” So the saucer was supposedly made from an inner cylinder.

However, despite the general skepticism, there were strangenesses. Tests showed that the shell of the “saucer” was protected from radiation by a special lead layer, and the copper parts were unusually high.

After the studies, pieces of “The Boy from Sylph” went to the museum storage for tens of years. What has become of the main part of the UFO, and especially with the mysterious book, is not reported anywhere.