The Secret of the Onega Petroglyphs

Scientists date their IV-III millennium BC, that is, they are about 6 thousand years old. A total of about 1100 images were found on coastal rocks over a distance of 20 km.

The images mainly represent various figures of birds, boats, human figures, there are also many geometric signs in the form of circles and crescents.

Onega petroglyphs are considered as the most complex and expressive examples of rock art of Northern Europe. Many of them are easy to guess, here are the hunters on skis and moose, here is the fish from the sturgeon family, and here are the running deer.

The images are quite realistic. But who then depicts this figure with two balls instead of the head? Is the shaman like the ‘demon’? Archaeologists affectionately call him Cheburashka, writing off the artist’s creative impulse to the action of fly agarics.

Now no one can say what everyday or religious scenes depicted these signs and drawings, but in the past centuries they were considered dangerous. According to legend, the monks of Murom Holy Assumption Monastery, around the XV century, over the three petroglyphs knocked out the Christian cross – “to defuse the evil spirits.” 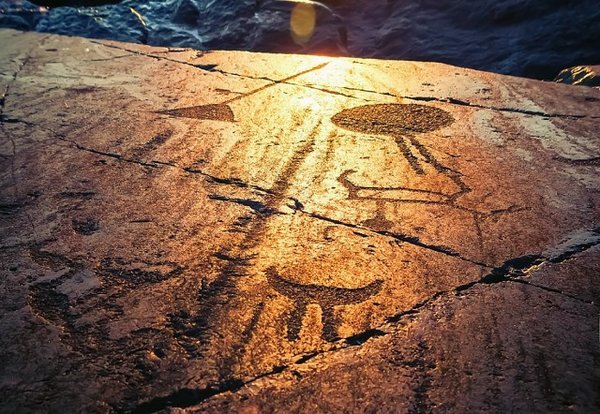 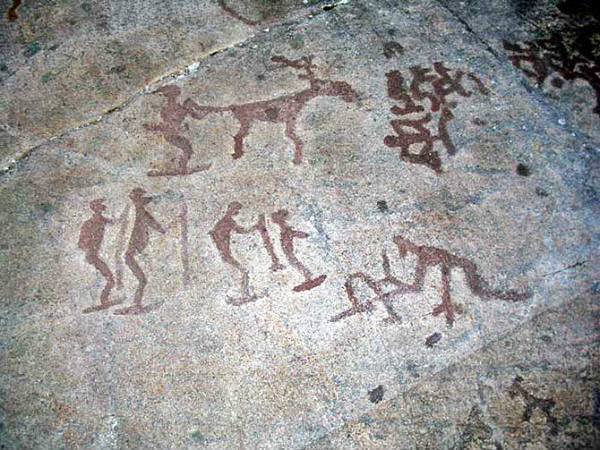 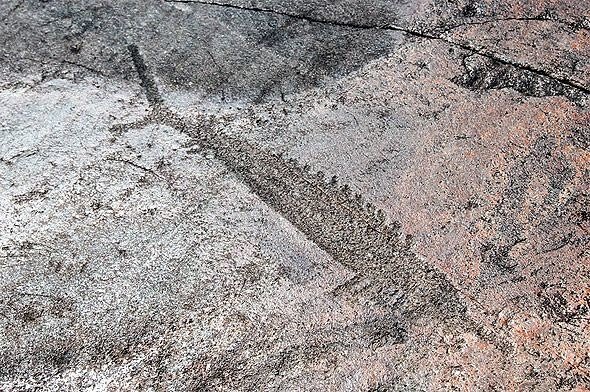 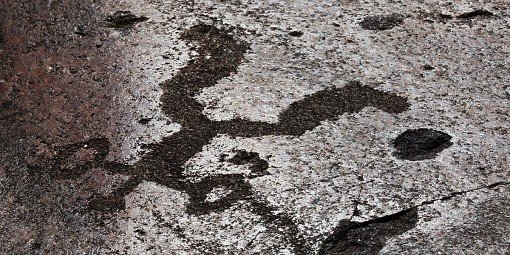 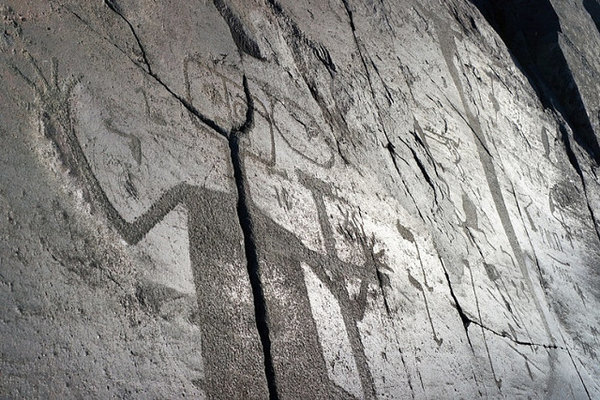 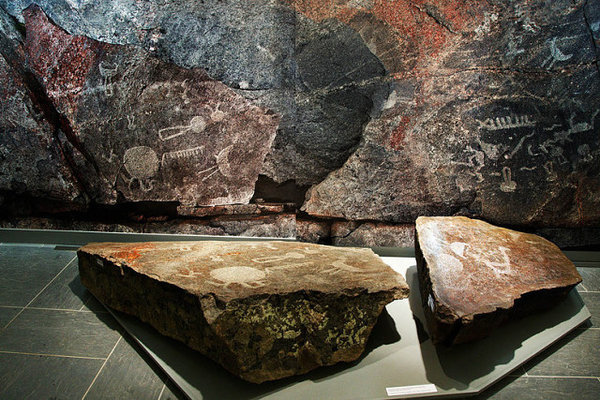 It was on top of ‘Bes’ that the Christian cross was beaten. According to scientists, ‘Bes’ is a shaman’s image. The ‘demon’ is split into two parts because of a crack in the stone, but the pattern is clearly visible.

The creature has a rectangular head (like a robot), on the right side of which is a circle with a point in the center (the symbol of the Sun or some other planet?).

He has two legs, and between them is another long thin strip. The figure is surrounded by images of birds with very long necks. The length of the ‘Bes’ is two meters, this is the largest Onega petroglyph.

With ‘Besom’, in addition to the mystery, whom he portrays, another mystery is connected. A kilometer radius from the ‘Bes’ is often denied by satellite navigation.

Captains of this have not been surprised for a long time, they are oriented to the Mayak. The clock also behaves unpredictably: they can run ahead, they can stop.

With what such an anomaly is connected, scientists only assume. They say the whole thing is in the granite, which is saturated with magnetic ore, lying deep underground. But ‘Besu’ is more visible.

Ufologists have long speculated that Onego petroglyphs depict an alien visit in antiquity (paleocontact), that ‘Bes’ is an alien or an alien robot, and disks and other strange symbols are images of alien ships.

Russia. Onego petroglyphs – rock paintings, monuments of monumental pictorial creativity of the primitive epoch, are located in Pudozhsky district of Karelia, on the east coast of Onega Lake, date back to the 4th-3rd millennium BC.