The Stargate Project: how the CIA was exploring the situation on Mars in the 1980s 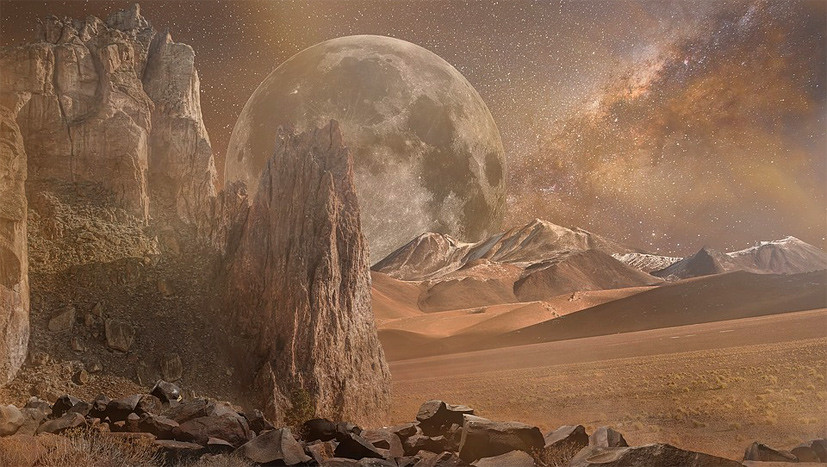 In the archives of the CIA contains more than 13 million pages of documents, which have expired the term of secrecy. In addition to standard analytical reports and reports on the activities of the agency during the Korean and Vietnamese wars, unexpected materials were also found in them. In particular, the US CIA in 1988 resorted to very unusual methods in order to reconnoitre the situation on Mars.

RT previously acquainted readers with the observations of the agency for UFOs over the Himalayas and the study of paranormal phenomena. To study telepathy, telekinesis, extrasensory perception and other paranormal abilities of a person in 1978, the US Army began work on the Stargate project (Star Gate) at the Fort Meade military base in Maryland. After some time, the CIA took part in the project.

One of the documents of the published archive includes a report on the session of the so-called remote observation, during which the psychic with the help of his abilities tried to “see” places beyond which it was impossible to observe by usual methods.

Below are excerpts from a document entitled “Mars Exploration. May 22, 1988 “.

The time of observation is about 1 million years before our era.

Individual geographical coordinates of interest to those who requested this information were verbally delivered to the subject during the interview, “the title page of the document says. 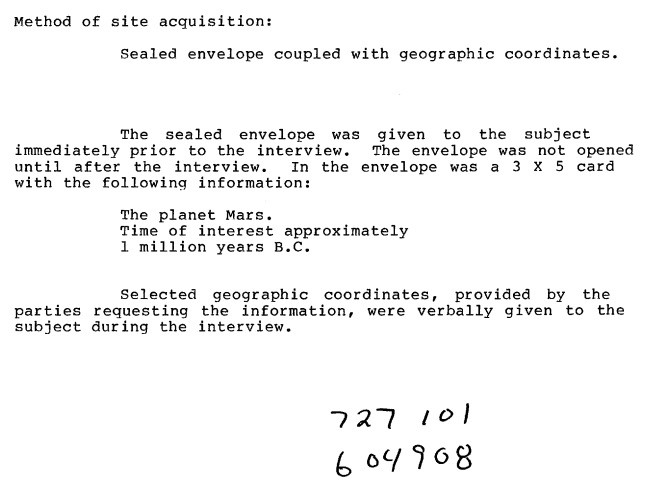 Then follows the decoding of the audio recording that was conducted during the session. An agent of the CIA transmits the sealed envelope with the task to the subject, asking him to concentrate on it and calling the coordinates – 40.89 north latitude and 9.55 degrees west longitude.

“I would say that it looks like something like a pyramid. Very high, standing in some kind of lowland. Color yellowish, buffy, “- responds the guinea pig. The agent further asks him to mentally move in time to the mark indicated in the sealed envelope.

The subject describes a dust storm and a hurricane, which, he says, are the result of a geological catastrophe. Again “moving” in time at the direction of the agent, he describes “large smooth objects, walls and corners” of enormous size, which he calls megaliths.

Further, the CIA agent asks the specialist to move in accordance with the following coordinates: 46.45 degrees north latitude and 353.22 east longitude.

“I am at the bottom of a deep canyon. I look up and see a huge steep wall that extends in both directions to the horizon. In this wall is carved a building. Huge buildings, without any ornaments, just huge sections of smooth stone, “- answers the guinea pig.

At coordinates of 45.86 degrees north latitude and 354.1 east longitude, the subject reports another megalith.

“It looks like the end of a very wide road, and there is a marker, very big, the Washington Monument comes to mind, looks like an obelisk,” the psychic says in the document.

At coordinates of 15 degrees north latitude and 198 degrees east longitude, the experimental fixes: “A very interesting thing, similar to aqueducts, such channels with a rounded bottom. On the horizon I see pointed spiers. The horizon itself is strange, everything is as if in a fog. ”

At coordinates 80 degrees south latitude and 64 degrees east longitude, the psychic reports that he sees several large pyramids. The CIA agent notes that the psychic begins to lose the ability to concentrate from fatigue, and suggests giving him the opportunity to explore his visions without reference to coordinates. Then he instructs the patient to enter one of the pyramids mentally.

“Inside are many different rooms. But they do not have any furniture or objects, it’s just a functional space for hibernation. I can not determine very raw information; I see storms, terrible storms, and a dream during storms “, – the expert shares his impressions.

Next, the psychic follows a group of people on the planet who are trying to find a new place to live, but are on an even more volatile celestial body with volcanoes, seismic faults and strange plants. The agent asks to establish contact with one of the aliens, but the subject responds that he does not go to the contact, since the psychic seems to him only a hallucination. After that, a CIA officer with a voice team returns the subject at the present time – May 22, 1988.

The Stargate project was launched in the late 1970s after the CIA received reports that the USSR spent up to 60 million rubles a year on research in the field of psychotronics. The unit was based at Fort Meade in Maryland, led by Major General Albert Stubblein and his assistant, Lieutenant Frederick Atwater. Co-workers recall that both officers were notable for their broad view and were adherents of the philosophical and religious current of New Age. During the active work on the project, about 20 military and civilian specialists took part in it.

In 2004, the British gonzo journalist John Ronson wrote about the project a book titled “The Men Who Stare at Goats”, which in 2009 was filmed. 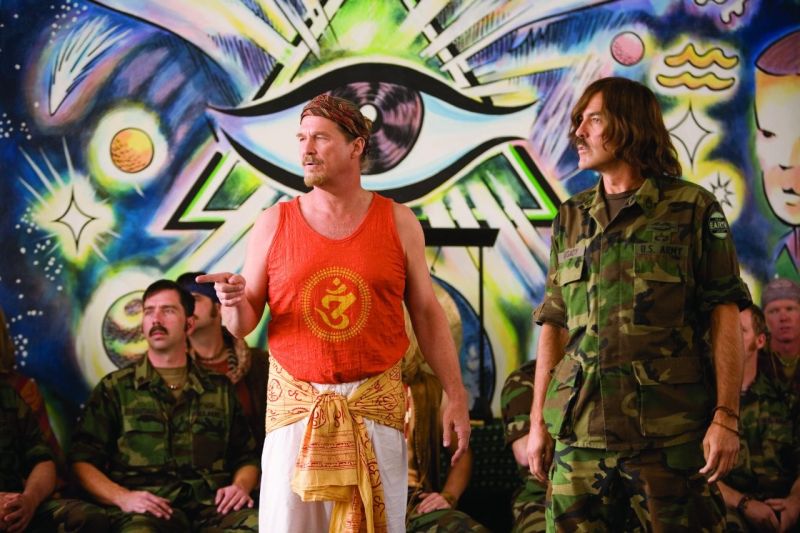 Jeff Bridges and George Clooney in the movie “Mad Spetsnaz”, 2009.

In the film, released in the Russian rental under the title “Mad Spetsnaz”, the main roles were performed by George Clooney, Ewan McGregor, Jeff Bridges and Kevin Spacey. One of the most memorable scenes in the film was an episode in which Stephen Lang, who played the role of Project Manager of General Stubblyn, tries to use the power of thought to run through the wall of his office.

The Stargate closed in 1995 after the CIA came to the conclusion that the project did not bring any meaningful results, and its leaders were suspected of fitting the data of various experiments to the tasks assigned.