The story of the Celestial disk of Nebra 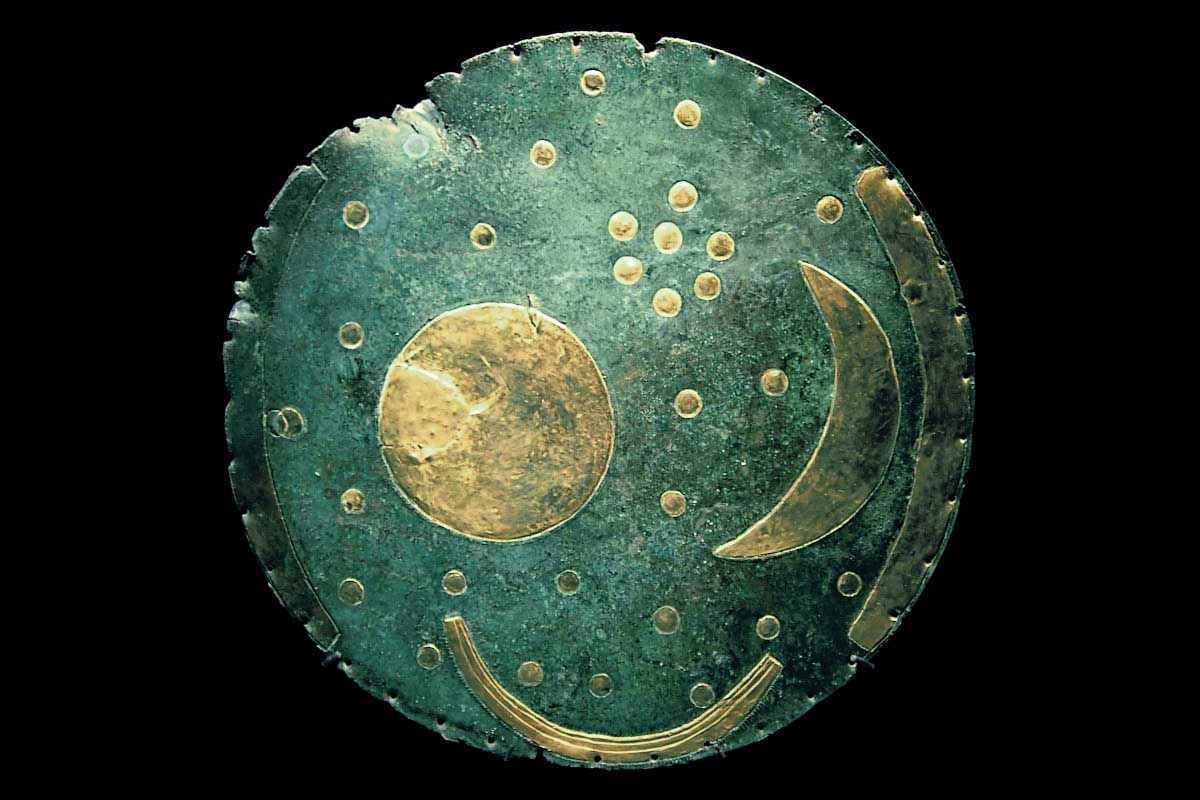 If you think that the adventures of archaeologists happen only in the movies about Indiana Jones, you’re wrong. For the sake of the priceless artifact, a German scientist had not “dig” and work undercover. Will tell you the story of the discovery of a mysterious sky disc of Nebra.

A few years after the unification of Germany reached the Eastern lands of suspicious people with good equipment. They were looking for local lovers of easy money, supplied them with maps and metal detectors and were sent on a quest.

4 July 1999 the two “archeologists” in the woods near the town Nerba in Saxony-Anhalt beeped the metal detector. They dripped picks the ground and stabbed some old dish. “Rubbish!” — decided one, and offered to go along, but the second saw on the dish a Golden applique. They continued the excavation and found another two great dagger, two axes, a chisel and a few bracelets. All specimens were cast in bronze.

Soon this treasure appeared on the black market. Asked for him first, a bit of 60 000 German marks. Within a few years it changed owners and grown in price. And once the photographs of finds happened to see Harald Muller (Harald Meller), a young archaeologist from the city of Halle, and was very interested in the unusual dish. Man Moeller was adventurous, but because, without thinking, went to the police and offered to work undercover.

A few years archaeologist rubbed the trust of the collectors, achieving the coveted deal. Finally, in 2002 he set up a meeting in the Swiss city of Basel. By the time the price of the treasure has already reached 360 000 euros. A deal in cafe Muller came with a suitcase of money. In response, the seller showed møller, first bronze daggers, and then, throwing open the jacket, shown attached to the belly plate. At this point, the entire “staff” the café took off and arrested the collector and his accomplice.

A bronze dish was unique in European archaeology, and this caused serious doubts among experts, who feared the forgery. But the examination results exceeded all expectations. At least 3600 years ago during the bronze age treasure buried in the ground. And since the neighborhood was found a “princely” burial 3800 or 3900 years ago, it is believed that the finds belong to this era.

Scientists suggest that the gold applique, which arose approximately at the same time that Stonehenge may have served as the first European calendar. The fact that the original dish was glued with two half-circle notches. If a dish is badly tilted, and the upper edge of the right semicircle mentally connect with the lower edge of the left, and then lower edge right from the top left, then between these lines forming an angle of 82 degrees, corresponding to the position angle of sunset or sunrise between the summer and winter solstices (at the latitude of Nebra). Thus, looking at the sun on top of meals, it is possible to determine the time: is it time to do any planting or preparing for an important holiday. Presumably the same purpose could also serve as Stonehenge.

Of course, historians will certainly want to study the findings. But alas, the mountain-diggers could not exactly remember and do not once regretted the fact that this CD got in their way. But in the career of Harald Meller was a real take-off: from a young professional, he became Director of the Museum of early history in Halle. Overnight Moeller became famous, he wrote articles, he was interviewed, several languages have been filmed on the “heavenly drive” and the young brave archaeologist. 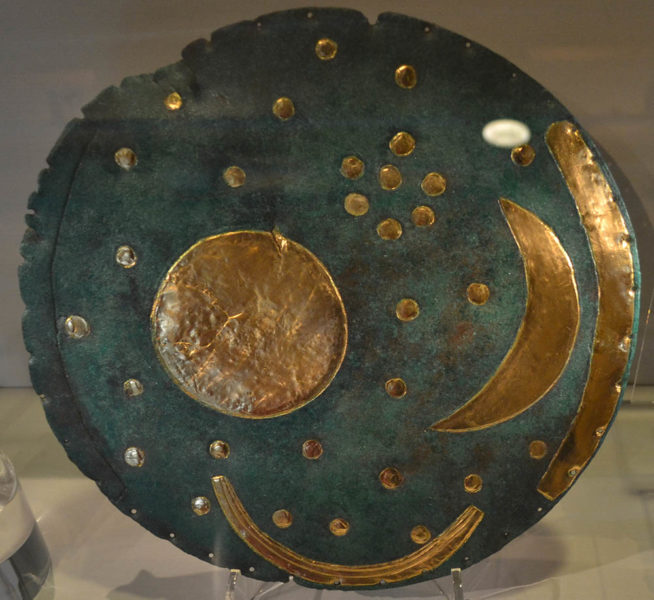 The celestial disc of Nebra bronze disc with a diameter of 30 cm, covered with patina color of aquamarine, with inlays of gold, representing the Sun, moon and 32 stars, including the cluster of the Pleiades.