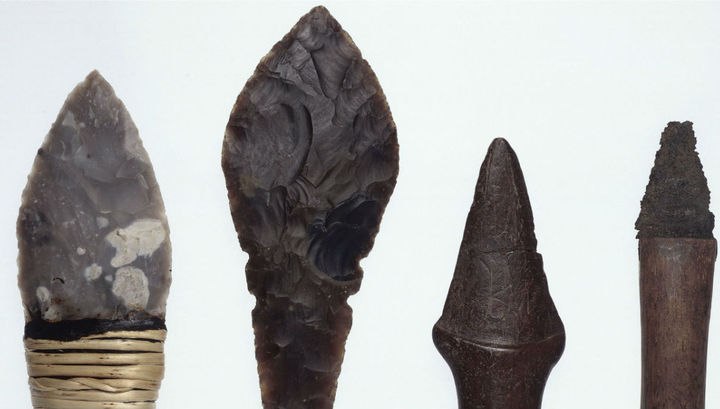 Scientists figured out the causes of the catastrophe that erupted 5-7 millennia ago and dramatically reduced the genetic diversity of men. As researchers have established, led by Marcus Feldman (Stanford University), the case is most likely in wars between clans that unite relatives in the male line. The authors’ conclusions are set forth in a scientific article published in the journal Nature Communications.

In this era, with the strong sex of the Old World, something strange happened. In Europe, Asia and Africa, the diversity of Y chromosomes has dramatically decreased. Recall that they are present only in the body of men and are transmitted from father to son. The scale of the catastrophe was as if there were one man left for 17 (!) Women. In fact, of course, there were more men, just many of them were related to each other in a straight male line and had the same Y-chromosomes.

This phenomenon is known as the Neolithic Y-chromosome bottleneck. Experts still argue about its causes.

Feldman’s group offered its convincing version. It is known that most of the human societies are patrilocal, that is, when a girl marries, she becomes a husband’s family. This tradition is still preserved in the form of custom to take the husband’s name after marriage. In older times this transition was carried out literally: the newlyweds lived under the same roof with their grandfather, father and men brothers.

Many of the present primitive peoples live in clans, where all men come from a common ancestor in a straight male line, and wives are taken from a different kind. And, although we do not have reliable evidence of the structure of the family in the Neolithic age, it can be assumed that even then the situation was the same.

It turns out that the different Y-chromosomes were as many as the genera: each has its own, associated with a common ancestor. But in that era the population was still very small. It is difficult to name reliable figures concerning the Neolithic, but even in the 13th century, according to the Mongolian censuses, only 10 million people lived in all of Russia. What can we say about the era several thousand years ago?

Now imagine that the clan went to war with the clan. With a meager number of the enemy, it can be exterminated completely without even setting yourself such a task. And, even if some of the defeated survive and bring their sons to the light, they may die before the grandchildren bring him. The mortality, especially the infant mortality, was probably very high in the Neolithic. Therefore, the war between the two patrilocal clans is a war to destroy a variant of the Y-chromosome.

The concept is slender in words, but scientists rely more on calculations. After analyzing a large array of data accumulated by paleogenetics, the team took up computer modeling. The result fully confirmed the authors’ assumptions: the war between patrilocal births sharply reduced the variety of Y chromosomes. At the same time, the conflict between the groups arranged in a different way did not give such an effect.

Recall that “Vesti.Nauka” (nauka.vesti.ru) previously talked about another “bottleneck”, this time in the number of all mankind, overtaken the human race 74 thousand years ago. We also wrote about the analysis of the world’s largest family tree and how far the Europeans of the Bronze Age climbed in search of family happiness.