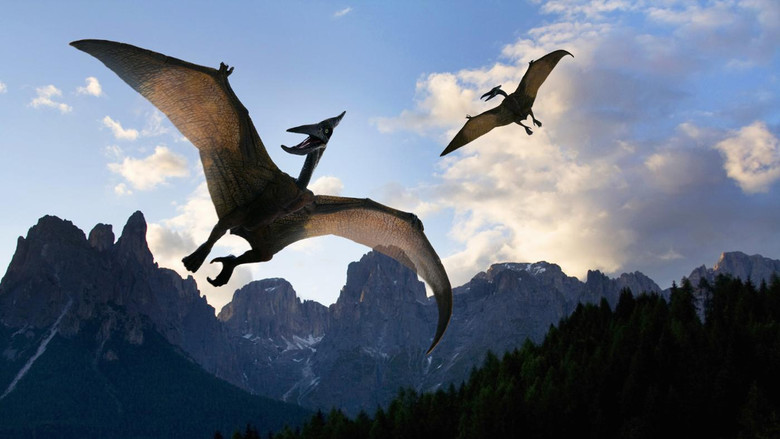 In the first two months of 1976, something strange and horrible had taken to visit the valley of the Rio Grande. First met this unusual Joe Suarez, the owner of a ranch in Raymondville (USA), who one day found that someone tore to pieces the sheep in his barn behind the house.

Around the scene there were no footprints, and the police who undertook the investigation, could not understand how animals were killed. Even worse, that the only clue was absolutely absurd properties. In the night, when the attack occurred, Joe Suarez woke up from a strange noise — flapping of wings above the house.

He was convinced that the one who made such a noise, were much larger than any of the local Buzzards. And the police, ranchero, I had the impression that the creature should be truly giant size. It is quite clear that the guardians of law and order found the dead sheep quite sufficient sacrifice for one day and just assured Mr. Suarez: whatever it flapped in the night, they won’t be back.

But it came back and took revenge for such disrespect. Few days later, on January 14, when another local resident Armando Grimaldo was sitting with a cigarette in the backyard mother-in-law at home in Raymondville, something which he described then as “hell’s bitch”, suddenly flew from the sky.

Flying creature with a wingspan of 3-3,5 m, with black-brown skin, a beak with long teeth and creepy red eyes clung to the Grimaldo claws, trying to lift him into the air. When people were in the house and dismayed heart-rending cries, ran outside, just caught the moment when the creature had departed into the night. Wounded and staying in shock ranchero was placed in a local hospital of the County of Wallace.

Like many people faced with the inexplicable, Armando Grimaldo and his family became the object of ridicule from the majority of Texans who just couldn’t believe in this story. But time passed, and the strange events continued January 31, something huge crashed into the trailer, Alberico Guajardo near Brownsville.

When he got out of the cab to investigate what happened, faced with a creature he later described as something from another planet. A creature with a long beak and wings without feathers, like a bat menacingly danced on the ground and moved towards him, uttering a horrible, croaking guttural sounds. Guajardo rushed back to the car and through the window saw the creature rose into the air and departed in the darkness.

Almost all the next month, nothing like this has happened, however, on 24 February, three high school teacher going to work in San Antonio, witnessed the slow flight in the sky of some giant reptile with a wingspan of 4.5 to 6 M.

Later, narrating the incident, one of the teachers, Patricia Bryant, said that she could see the bones of the wings are covered with one skin, and that the substance rather used them as planes for gliding than conventional flywheels, as is the case in birds. After the teacher described the scene carefully studied pictures of dinosaurs in the encyclopedia and identified the beast of pterodon, flying lizard, which, according to paleontologists, not existed for 150 million years.

But the three ladies were not the only inhabitants of Texas, who had seen strange beings on February 24. Several motorists also reported something similar, noting that when the dinosaur flew low over the machinery, the shade was closed all the way.

Elsewhere, the Rangers said that they had seen from a distance, like like monster hovered over a herd of cattle. Funny thing: as soon as the story began to gain some trust with the public, attending winged monsters stopped.

Creatures not seen for six years, until September 14, 1982, when the driver of “ambulance” James Thompson saw one of them flying quite close to him, over highway 100 from Los Francona in Texas, near the Mexican border.

Describing what he saw reporters of the local newspaper “valley morning star”, Thompson said that the animal’s skin resembled some kind of grayish, coarse material and was completely devoid of feathers. Body length was about 3 m, wingspan — from 4.5 to 4.8 m from the back of his head was sticking some kind of bulge, neck almost was not, and on the throat had a goiter. In his story, Thompson definitely took the creature he had seen to the pterodactyls.

Should I take all these stories seriously? Would be logical, of course, answered in the negative, but then we are no further in resolving the question: why such evidence continues to accumulate from year to year?

Penetrating into all the details of the descriptions, hardly anyone dares to explain these stories by a simple confusion with an airplane or a bird, much larger than usual. Not easier to imagine and that is why these people would want to write such stories.

But if flying dinosaurs do live on the North American continent, then why don’t they appear more often? Oppressive side of mysteries of this kind is that as soon as someone or bumping into them, at the same time and found with a whole bunch of unexplained contradictions.

In 1977, following the first wave of reported appearances of pterodactyls in the skies of Texas, the International society of cryptozoology (the organization that studies and collects information about unknown or recognized extinct animals) announced that similar creatures could survive undetected in the mountains of the Sierra Madre Oriental, the Mexican territory of 300 km to the North from the valley of the Rio Grande, one of the most poorly known in North America.

After all, once upon a time there lived giant creatures of the type of flying lizards. Not so long ago, namely in 1972, from the rock in a national Park the big bend has been extracted bone remains of a huge pterodactyl with a wingspan of 5 m.

But, even with such proof of their existence in the past in this area, it is still difficult to imagine that some of the raptors were undetected with the exception of two dozen meetings that have taken place over the last 20 years.

And without a doubt, this is one of those mysteries, from which skeptics can dismiss with a clear conscience. And until then, until the day when the flying lizard will be shot out of the sky or turns up alive in a cage, we believe all will remain.