The Third Reich and the theory of hollow earth 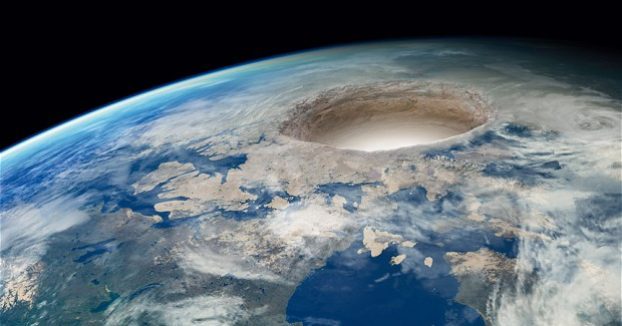 Some scientific and pseudo-scientific theories claim that the Earth inside is hollow and in its depth there is life. It is curious that researchers of the Third Reich seriously took care of this issue. True, all their research so to no avail. What is “korehism”?

Ancient Greek mythology tells of Tartarus – an ominous underground world. Not without reason there is still a saying – “fall into the tartaras.” And the philosopher Anaxagoras (V century BC) built a model of the universe, consisting of a flat Earth, surrounded by an air sphere and an ethereal cloud. But at the same time he writes about a kind of parallel world where there are people, cities and even heavenly bodies. If the center of the universe is the Earth, then where do these people live? Maybe under the ground?

Hypotheses about the existence of a hollow space inside the Earth appeared later. Theories about this put forward Halley, Franklin and Lichtenberg.
American researcher of alchemy Cyrus Tid, having studied the ancient Egyptian papyri, developed the idea that the Earth is a sphere on the inner surface of which the inhabited world is located. That is, we ourselves live inside the Earth!
In 1864, Teed even founded an occult teaching called “korehism”, preaching it through the newspaper “The Fiery Sword” that he published. By the end of the XIX century, there were already several thousand followers of korehism. Career and the collapse of Peter Bender

After the First World War, the former German pilot Peter Bender, in captivity with the French who joined the korehizmu, came to the conclusion that the universe is enclosed … in the rock! It is surrounded by a layer of airy atmosphere, which is rarefied to an absolute vacuum. In the center of the rock there is a spherical mass consisting of the first matter around which the cosmos rotates: the Earth, the small Sun and Moon and a cloud of bluish gas with sparkles taken by us for the stars.

It is from the position of the heavenly bodies in relation to the central sphere that the change of seasons, solar and lunar eclipses depends. Since light rays fall to the Earth along a curvilinear trajectory, and infrared rays – in a straight line, we get a completely distorted idea of ​​the structure of the universe.

Leaders of the Third Reich showed interest in Bender’s work. The theory of “Hollow Earth” became so popular in Nazi circles that it was even included in the school curriculum. The fact is that the Nazis were very interested in occult research, hoping that mastery of these secrets would help them gain power over the whole world.

According to some sources, Hitler argued that “the theory of the hollowness of the Earth is much closer to the truth than Einstein’s nonsense.”

So, to the words of Bender, the Bonds of the Third Reich took it seriously. He became a scientific consultant for a number of classified projects. But the Nazis needed practical results, which could, for example, be applied in the military sphere. Finally, Bender declared that using the hypothesis of a curved space, one can try to grope with the help of infrared rays clusters of enemy equipment.

In April 1942, an expedition led by Heinz Fischer, an infrared specialist, traveled to the island of Rügen in the Baltic Sea. There, the researchers tried using radar to “see” the English fleet that was stationed in Scapa Flo: according to Bender’s assurances, it was Rugen that housed one of the points of the “curved space” of a closed-in-the-rock universe. Alas, the experience ended unsuccessfully … Bender was sentenced to punishment in a concentration camp, where he died. “Earth-2” exists?

Despite the deplorable result of the experiments on the verification of the theory of “hollow earth”, followers in West Germany still remained among the korehism. After the war, amateur astronomer Johann Lang published the book Theory of Hollow Peace, and in 1949 Walter Brenner-Crockenberg’s brochure “The Earth is a huge hollow ball” was published. However, unlike Bender, the latter believed that outside the universe is not a rock, but a kind of spherical body. The earth, in his opinion, rotates around its axis, once in 182 days approaching one of the poles, which is why the seasons change.

By the way, some scientists – in particular, Professor I. Shklovsky – are developing the concept of a “mirror universe”, according to which there is a parallel space of the Universe, according to the law of reflection, shrinking in such a way that another sphere, much larger, is placed inside the spherical cavity of the object. Those. Earth-2 can be hidden inside the Earth, physical dimensions even exceeding the original. And which of them is our planet – is unknown.