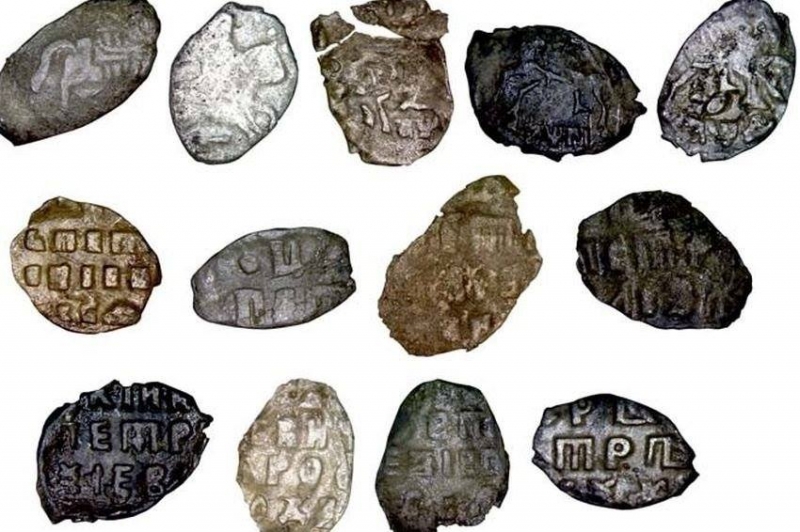 More than a hundred silver coins, wrapped in bark, was buried on the right Bank of the Ob river in the 18th century. The treasure has lain in the earth for almost three centuries.

A hoard of silver coins was discovered by members of the Institute of archaeology and Ethnography SB RAS on the territory of Ukrainskogo jail, on the right Bank of the Ob river, a hundred kilometers North of Novosibirsk.

As reported on the website of iaet SB RAS, in a unique collection – more than a hundred silver wire kopecks with the impressions of the stamps of several mints.

The coins printed during the reign of Peter (1696 to 1717, was buried in the 40-ies of the XVIII century. By the time they are 20 years out of circulation and was a value only as a precious metal of very high purity.

10 coins have tiny holes – the locals sewed them into clothes for decoration.

Banknotes were wrapped in birch bark or placed in a birch-bark box, fragments of which have survived to the time of the discovery of archaeological finds.

“On the face of seven coins minted horseman with a spear, and on the reverse are fragments of the legend with title and name of the ruler. On a few coins the years of issue are clearly visible,” – said in the Institute.

Age the rest of the silver archeologists determined by weight and stamps of mints.

According to scientists, the coins were in heavy circulation – most of them are overwritten, and the value cannot be read.

Archaeologists emphasize that such a reference sample of the silver coins of Peter’s time scales obtained in Siberia for the first time.

He explains that Peter the Great, trying to “pull” state to the European level began with the monetary reform.

The king seized the population of silver, which as the main foreign currency in Russia at that time was not enough, and minted silver coins full European sample.

A unique collection in the month of June can be seen at the exhibition “Siberian antiquity. New discoveries at the Novosibirsk state Museum of local lore.