Super gun of the Soviet Union 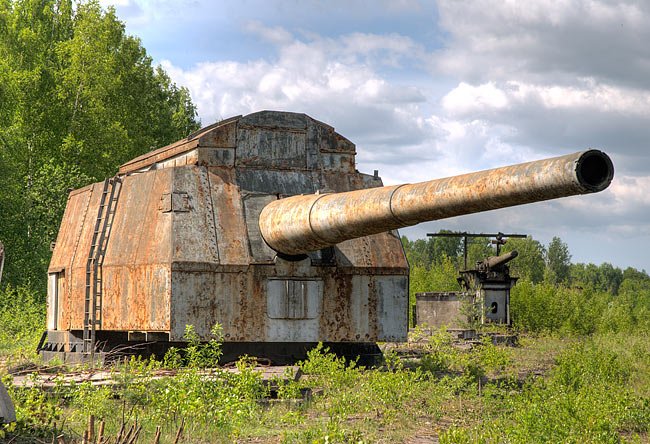 Among the exhibits of the Central naval Museum has a huge projectile from a unique artillery system B-37, the caliber of which is 406 mm. it was Made in 1940 as a pilot to test its ballistic characteristics. These guns were intended for battleships of the type “Soviet Union”, which has already been laid in Leningrad and Nikolayev. 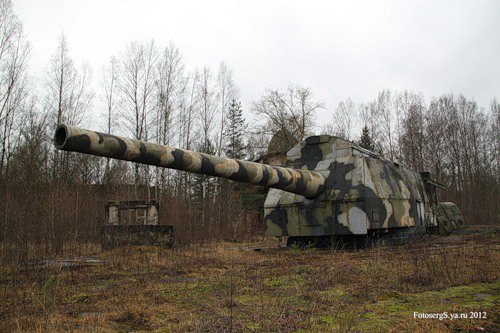 In record time – just eight months – a giant gun was tested at the Scientific-testing naval artillery range in Leningrad on Rzhevka. Previously, NIMAP held a large preparatory work. On the main battery has built a strong Foundation. He had to withstand the load when firing more than 500 tons, so it was a strong reinforced concrete structure. 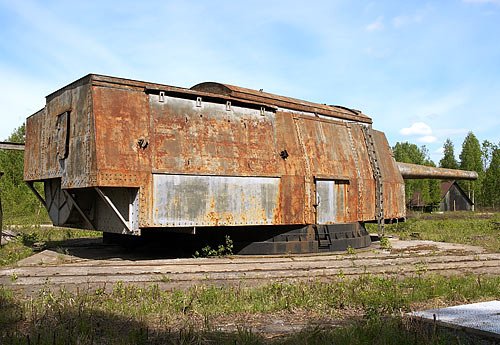 In October of 1940 in connection with the aggravation of the international situation, the Soviet government decided to concentrate efforts on building small and medium combat ships, and laid on the completion of large ships with a high degree of readiness. The battleship “Soviet Union” in the latter was not included, therefore the serial production of 406-mm guns had been deployed. Installation B-37 was the only one and the beginning of the great Patriotic war and remained in the sea landfill.

During the war, B-37 took part in the battle for Leningrad. First time fire at the enemy, bursting to Kolpino, the Soviet “Tsar cannon” was opened on 29 August 1941, the last on 10 June 1944, during the offensive on the Karelian isthmus. During the war, a weapon made by the enemy more than 200 shots, and all – from Rzhevka. 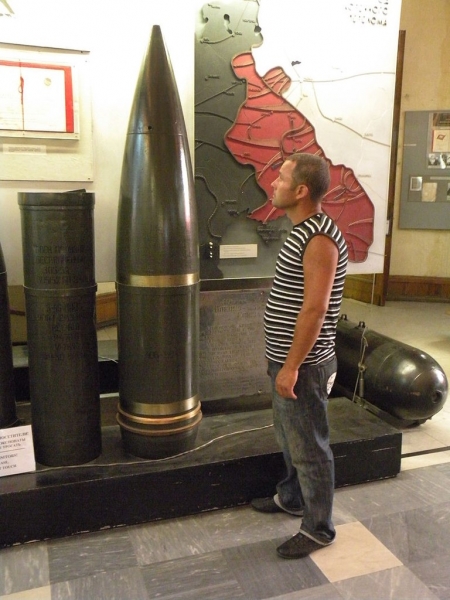 The inscription on the memorial plate installed on the weapon after the war, said: “Accurate fire it was destroyed by a powerful strong points and centers of resistance, destroyed military equipment and manpower, supported the actions of the red army of the Leningrad front and the Baltic fleet on Nevsky prospect, Kolpino, Uritskoe-Pushkin, Krasnoselsky and Karelian fronts. Now this Board is transferred to the Central naval Museum, and the weapon is still in the Rzhevsky range.

The force of the explosion from 406-mm projectile, was enormous. In the land formed a crater with a depth of six, with a diameter of twelve meters, and flying debris could hit the enemy manpower within a radius of two kilometers. In order to hit the intended target, it required a very difficult calculation. In preparation for the shooting was taken into account the strength and direction of wind, humidity, distance to target. During the flight the projectile was making a terrible sound, so the population near the landfill had to inform about the impending actions… 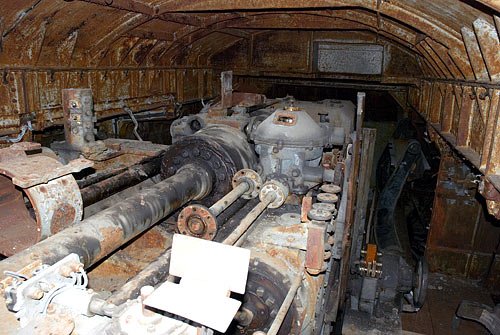 At the same time, shooting from the Soviet “Tsar cannon” was so costly, and the supply of shells is so small that her permit could only give the commander of artillery of the Baltic fleet. This occurred only in cases of emergency. For example, during the blockade in 1943, B-37 fired on strategic targets of the enemy – the 8th GRES.

B-37 – the only weapon that was and still remains the main caliber of the Soviet Union. For 75 years, it is a closed area of the Test site MO the Russian Federation on Rzhevka. In 2009, the polygon command tried to create a Museum testing of naval weapons, where you could place the weapons and equipment of the Navy, and to make the B-37 Museum piece. Studied and suggestions to create on the ground a branch of the Central naval Museum. But, unfortunately, neither one nor the other to bring to life failed.