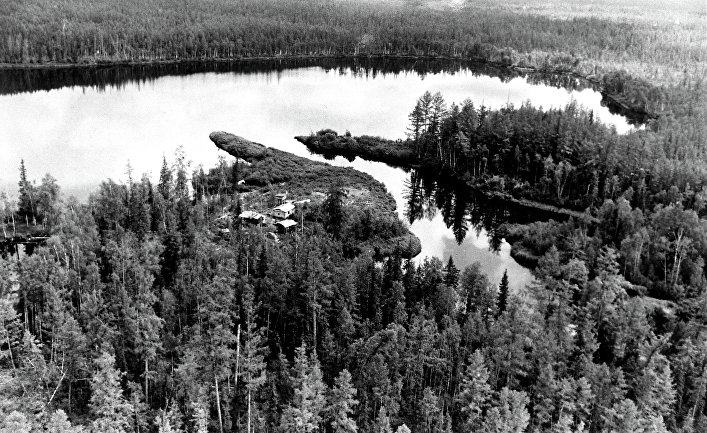 Experts debunk allegations that an explosion equal to the power of 185 Hiroshima and observed in Britain and the United States, was caused by a meteorite. It knocked down 80 million trees in Siberia and killed a lot of deer, and also lit up the sky in Europe and the United States. Italian scientists initially thought that the lake Cheko is the crater “missing meteorite”, but Russian scientists say that the lake is “too young” and may not be the crater from the explosion.

The world’s most powerful explosion that occurred in Russia and equal to the power of 185 Hiroshima, remains a mystery after experts denied allegations that it was caused by a meteorite.

A large fireball crossed the sky of the Siberian 30 June 1908 and exploded nine miles above the surface of the Earth, knocked 80 million trees and Obuhov deer carcass.

Italian scientists for the past 21 years exploring the so-called Tunguska event, claiming that the missing crater from the explosion is actually a freshwater lake Cheko. Thus, they confirm the theory of the explosion of the meteorite.

But the Russian geologists have conducted a new study that indicates that this theory is wrong. This means that a huge explosion that illuminated the night sky in Europe and even in America, remains a mystery, as reported by Moscow media.

The Russians did not put forward any alternative explanation of the explosion. In the past there were very different and often outlandish theories about the powerful eruption of the volcano, the comet, composed of ice, not solid space rocks, collided with the Earth a black hole, and even about the aliens that shot down the meteorite from UFOs to save the planet.

Locals Evenki believed that it was divine punishment of an evil God Ogdy.

It turns out that happened the largest recorded explosion equal to the power of 185 Hiroshima bombs, which, however, left no traces of human victims.

“In the sky of the cotton, and there was a huge roar. Then there was the noise from falling stones or firing guns. The earth shook,” said one Siberian from among the local residents stranded in 65 kilometers from the epicenter.

It was like Armageddon. “I was so hot that I couldn’t breathe, and shirt I felt like I was on fire, — said another eyewitness. — I wanted to pluck it and throw it away, and suddenly, the sky rumbled. Sounded a loud Bang, and threw me a few meters”.

The shock wave reached Britain, and the dust from the explosion lit up the night sky in Europe and even in America.

The participants of the first Soviet expeditions to this remote area of Siberia have always been puzzled by the lack of debris and craters from meteor fragments on the surface.

An Italian scientist from the University of Bologna Luca Gasperini (Gasperini Luca) has long been believes that lake Cheko, having the form of a crater and located about eight kilometers from the epicenter, this is the missing link in the Tunguska mystery.

On the maps of Siberia of tsarist days it was not marked, and seismic measurements conducted by the team of Gasperini at the bottom of the lake, indicate the presence of silt accumulated there for about 100 years.

Scientists came to the conclusion that under the bottom of the lake are dense rocks that are remnants of an exploded meteorite.

The Italian theory is based on patterns of breaking wood. It is that atmosphere got two bodies. One exploded five miles above the Ground, and the second fell to the ground and formed lake Cheko.

Tunguska theory: what could “split the sky asunder” in 1908

More than 110 years ago a powerful blast was heard in the sky over the Tunguska region of Siberia, knocking all the trees at a distance of fifty kilometers.

It is believed that it blew up a comet or asteroid flew through earth’s atmosphere at speeds of over 50 thousand kilometers per hour. Explosion equal to the power of 185 Hiroshima bombs, and quickly increased pressure and temperature. 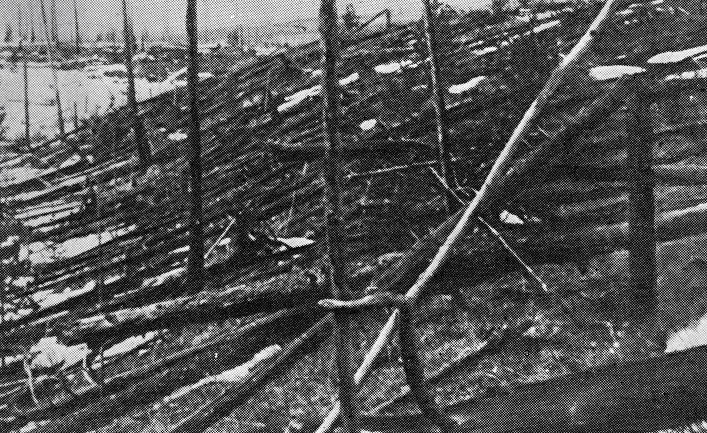 The scene of the explosion of the Tunguska meteorite

But since the crater from the explosion, no evidence of the existence of a celestial body, scientists are still perplexed, not knowing what really was the cause of the phenomenon, “split the sky in two”.

Many scientists and researchers tried to understand what happened on 30 June 1908 in the Tunguska area.

An explanation of this mysterious event are many, from theories about UFOs and to speculations about something supernatural, but many have absolutely no scientific justification.

Some scientists have even suggested that Earth collided with a black hole. However, this idea was quickly refuted by experts.

In a review published in 2016 in the journal Annual Review of Earth and Planetary Sciences, Natalia Artemieva of the Tucson planetary science Institute, Arizona, said that this phenomenon was very clear chronology.

What was his reason, most likely flew into the atmosphere at a speed of 14-30 kilometers per second. It was extremely fragile body collapsed at the altitude of nine kilometers above the Earth’s surface.

The idea of the explosion of the asteroid first expressed in 1927, Leonid Kulik, making it 20 years after the events.

Other scientists suggest that it could be a comet, composed of ice, not from rocks. Then she disappeared, entering the dense layers of the atmosphere.

But some scientists warn that these conclusions do not give exact explanation of this strange explosion. Meteor showers — a fairly common phenomenon, however, these samples could be remnants of a much smaller and unnoticed phenomenon.

To a certain extent, the Tunguska event remains a mystery, which is constantly trying to unravel the researchers. But whatever it was — a comet or asteroid, most scientists agree that the cause of the explosion was a large cosmic body, trapped in the earth’s atmosphere.

The Russian researchers have studied sediments from the deepest part of the lake in 50 meters from the surface, conducting geochemical and biochemical analysis.

The results of this study show that the age of the received samples is about 280 years. So the lake is likely even older, since scientists are not able to take samples from the bottom sediment. 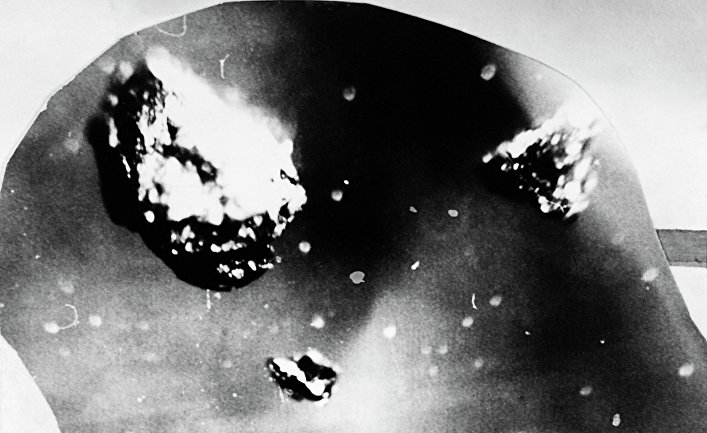 Diamond-graphite intergrowths from the crash site of the Tunguska meteorite

“In addition, in the Tunguska reserve, there are other, virtually round the lake very similar to lake Cheko and certainly has the same geological origin,” reads the statement of the expedition center of the Russian geographical society in the Siberian Federal district.

“Geologically, this lake seems young. But not enough young to be the crater of the Tunguska meteorite,” — said the online edition of the Siberian Times. It States that the reason for the appearance of the lake remains a mystery.

So, Tunguska still keeps its secrets, but the answer may be that it was a meteor, and that it exploded in the air.

In 2013 in the area of Siberia found rock samples of meteoric origin with traces of carbon mineral lonsdaleite.

We know that this mineral formed in the fall to Earth of meteorites, however, the samples could be remnants of other meteor showers.