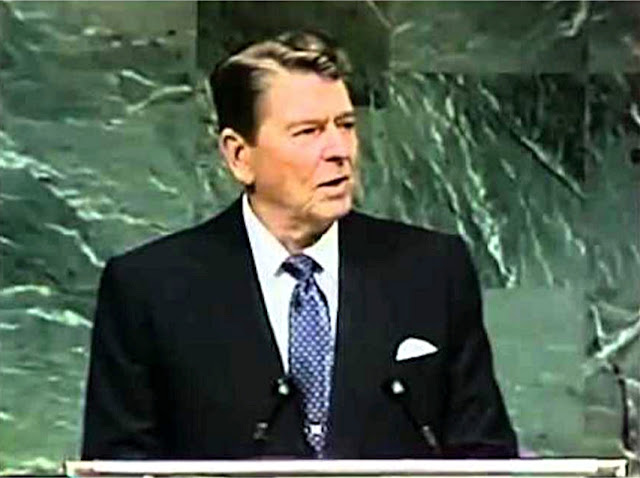 Ronald Reagan believed that aliens would conquer the Earth, and stunned Mikhail Gorbachev, asking the USSR for help in repelling the invasion.

During a meeting in 1985 in Geneva, the American president moved away from the planned text and warned Gorbachev of the threat of an alien invasion.

Reagan, referring to Gorbachev, expressed confidence that the two superpowers will cooperate if the Earth is in danger of an alien invasion. Dumbfounded Gorbachev left the answer and politely changed the subject of the conversation.

A statement by Reagan to Gorbachev at the 1985 summit indicates his belief that the real threat does not come from behind the Iron Curtain, but from hostile aliens.

In 1982, Reagan organized a private viewing at the White House of Steven Spielberg’s “Close Encounters of the Third Degree”, where he invited the chief judges, astronauts and other important persons. When the credits went, he turned to the audience and said: “There are many people in this room who know that everything shown on the screen is true.”

He really tried very hard to inform the public, even when he knew that this was contrary to national security.

On September 16, 1983, US President Ronald Reagan delivered a memorable speech to members of the United Nations. In it, he subtly hints that aliens exist and that all of humanity could perish if they decide to attack.

President Reagan states: Perhaps we need some sort of external, universal threat to make us recognize this common connection. Sometimes I think how quickly our differences around the world would disappear if we were faced with an alien threat from outside this world.

Of course, President Reagan had inside information from the CIA and NASA, and he was told that aliens really exist.

But he could not just go out and say so, without violating the rules of national security. So instead … he subtly hinted to the rest of the world leaders that he had learned from the CIA and NASA.

He also knew that a small percentage of other leaders at the United Nations meeting also knew about the existence of aliens.