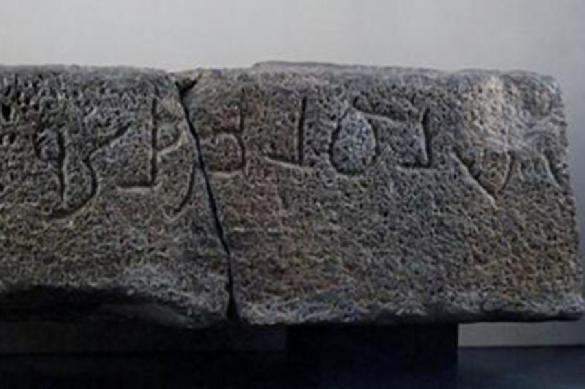 Scientists came to the conclusion that the oldest Arabic inscription found in Saudi Arabia is dated 470 AD. e., refers to the Christian context and precedes the coming of Islam.

It is reported that in December 2015 researchers from the French-Saudi expedition, having studied the rock inscriptions in the southern part of Saudi Arabia, eventually published a 100-page report.

It said that the oldest Arabic text found in Saudi Arabia is decorated with a Christian cross. The same cross systematically appears on other similar stelae, dating from about the same period.

The discovery is sensational, since it shows that the origin of the Arabic alphabet used to write the Qur’an refers to the Christian context.

This pre-Islamic alphabet is also called the Nabatean Arabic because it evolved from the Nabataeans, the once powerful nation that built Peter and dominated the trade routes in the Southern Levant and Northern Arabia before being annexed by the Romans at the beginning of the 2nd century.

The ancient text is the legacy of a once-thriving Christian community in this area, also associated with the emergence of an ancient Jewish kingdom that controlled much of what is today Yemen and Saudi Arabia.

In Islamic texts, there is no mention of the numerous Christian and Jewish communities throughout the Saudi peninsula, which flourished during the time of Muhammad.

Recent studies of the works of ancient Christians and Muslim records changed the perception of the societies that existed in the region and shed new light on a complex history before the advent of Islam.