The wonders of ancient technology 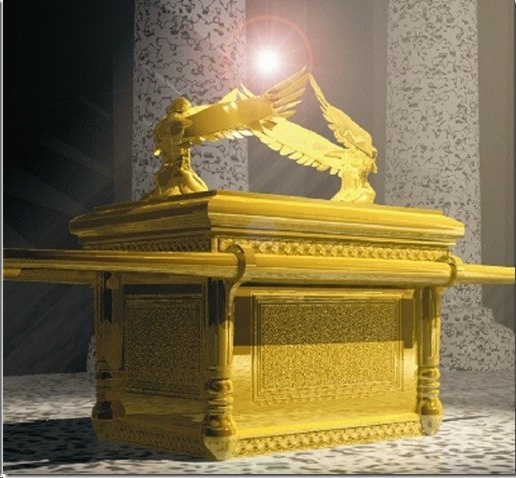 In the middle of the XIII century, the famous English philosopher, naturalist and Franciscan monk Roger Bacon in his “Message about the secret actions of art and nature and the insignificance of magic” wrote that in antiquity many amazing technical devices were created, information about which has survived to our time.

Among these devices Bacon called “large ships without oarsmen, which crossed rivers and seas, controlled by one person, and at a greater speed than if they were filled with oarsmen”; “Carts that moved without draft animals with unimaginable speed”; “Instruments for flight: so that a person sits in the middle of the instrument, rotating an invention”; “A tool with the help of which one person can forcibly pull a thousand people against their will”; “Bridges over rivers without supports or any kind of support.”

Among other things, Roger Bacon describes “a small instrument that lifted and lowered unimaginable weights. For with the help of an instrument three fingers high and the same width, a person could save himself and his loved ones from any danger of imprisonment, and rise and descend. ” Pay attention: Bacon talks about this instrument as if he saw it with his own eyes or dealt with its exact description!

Where and under what circumstances the Franciscan monk got the opportunity to get acquainted with the description of the ancient technological heritage, we, unfortunately, do not know. But it is known that in different parts of our planet you can find traces of the use of high technologies, rooted in antiquity.

In the Jewish tradition, a unique description of one of the tools with which the crafts was carried out has been preserved. It is associated with the figure of the legendary ruler of the united kingdom of Israel in 965-928. BC e. Solomon, during whose reign the main shrine of Judaism, the Jerusalem Temple, was built in Jerusalem.

In the “Haggadah about Solomon” we find: “Solomon had a wonderful worm named Shamir. This worm possessed the properties of adze and facet. With the help of the Sha-world, the masonry stone for the temple and the house of Solomon was hewn and the cutting of precious stones for the koshen was performed. The worm was about the size of a grain of barley, and the hardest objects could not withstand its miraculous properties. They kept it wrapped in cotton wool in a lead vessel filled with barley bran. ”

The fact is that for the processing of stones used in the construction of the Jerusalem Temple, God forbade Solomon to use iron tools: “And when this House was being built, they built it from the brought solid stones; no hammer, no ax, no iron tool was heard in the House during its construction ”(Mlahim, 1: 6,7).

Rabbi Zamir Cohen writes in Torah and Science: “Recently, the use of rays for cutting various materials has been increasing, which allows it to be produced with greater precision and purity. Today, lasers are used in many industries, from diamond processing to operating rooms. Although radiation, like electricity, is common in nature, science has learned about these phenomena recently, and has managed to use them only in our century. Lasers began to be made and used only a few decades ago. And now, it turns out, almost three thousand years ago, when King Shlomo (Solomon) was building the First Temple, the sages of the Torah knew about the possibility of using rays to cut solid materials. ”

Several hundred years before the construction of the First Temple, the same device was used in the desert by Moses, when it was necessary to carve the names of the twelve tribes of the Jewish people on the precious stones of the high priest (two stones of the ephod and twelve stones of the khoshen mishpat).

The Talmud (Gitin, 28a) says that Solomon used the “power of shaydim” (dark forces of destruction subordinate to the Creator) to reveal the location of the “Shamir worm”: “Shlomo told the Torah sages how to do [build the Temple without using cutting stones no iron tools]? They answered him: there is a worm Shamir, which Moshe [Moses] brought for the ephod stones. He asked them: how will we find him? They said to him: take the shed and the sheid [demon and demon] and make them reveal to you. ”

Cohen emphasizes that Shamir cut the stones not by the force of his body, but by the radiation that emanated from him: “You should just hold Shamir in front of the right place, and the radiation emanating from him cut the stone.”

The unusual way of storing the “worm” (lead vessel) may indicate the strong radioactive radiation that this amazing device emitted.

According to legend, before Solomon, the “worm” belonged to Moses, which means that a distinct Egyptian trace appears in the case. In this regard, I recall the story of the unsuccessful “monotheistic” reform of Akhenaten, the subsequent failure, the flight of Jews from Egypt and the mysterious Ark of the Covenant, more reminiscent of some kind of technological device.

Judging by the descriptions, the Ark of the Covenant was very hazardous to health, so those who, on duty, had to periodically approach it, had to observe certain precautions and wear a special vestment that resembled a protective suit.

There is reason to believe that the Ark of the Covenant is preserved to this day in the bosom of the Ethiopian Orthodox Church. According to the Kebra Nagast (“Greatness of Kings”) code, the ark was handed over to Menelik, the son of Solomon and the Queen of Sheba (identified with the nameless queen of Sheba, a state in the south of the Arabian Peninsula), after his anointing to the kingdom. Back to Shebu, Menelik was accompanied by the offspring of all the nobles and Levites of Israel. The shrine was taken with them.

Who knows what other secrets the Ethiopian Church keeps, especially in the light of the following passage: “You crushed the head of the Leviathan, gave it to the people of the desert to eat” (Psalm 73:14). The fact is that the mythological motive of absorbing the parts of a defeated monster is identical with the introduction to the treasure (secret knowledge) that belonged to the defeated enemy.