The worst earthquake in the history of mankind 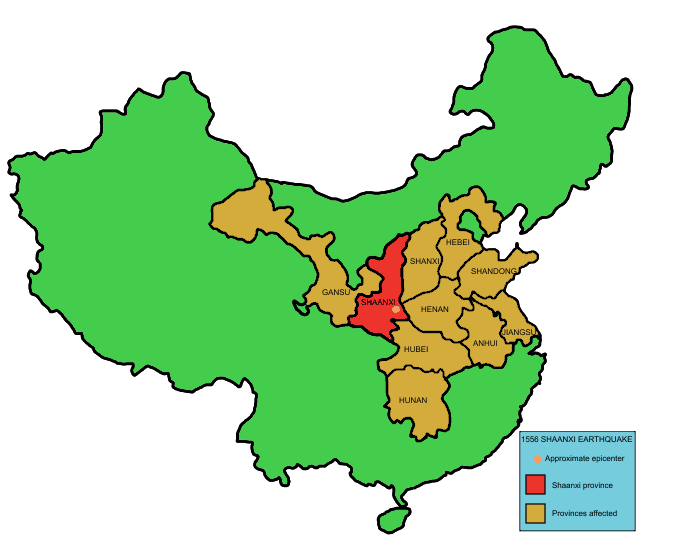 Exactly 461 a year ago, on 23 January 1556, occurred the Great Chinese earthquake, which killed 830 000 people. It is considered the largest earthquake in the history of the number of victims. The power of modern scientists estimate at 8.7 points.

The epicenter of the earthquake was in Shaanxi district, right tributary of the yellow river, Weihe. It is the oldest agricultural region of China is quite densely populated already in those years (in fact, it was one of the most densely populated areas of the planet). The tremors were so strong that the earth opened up a 20-metre cracks and gaps, immediately napadavshie water mixed with mud, which was carrying debris flows, and people sank into liquefied soil. The destruction can be seen in a radius of 850 km from the epicenter.

In Shaanxi has killed more than 60% of the population, some areas completely depopulated. Such a huge number of victims due to the fact that most of the population lived in the loess buildings that collapsed after the first quake. 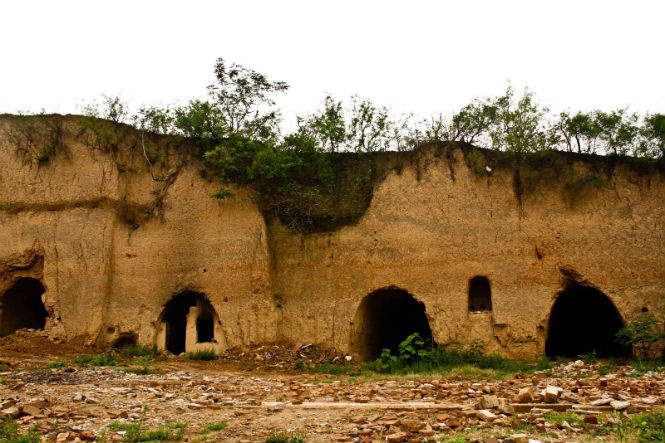 Also at that time it was believed that during an earthquake it is safer to be indoors. So many people died without even trying to get out of their homes. Those buildings that survived (for example, wild goose Pagoda in XI’an), resigned the Foundation into the ground by two meters.

Great Chinese earthquake — the third in the history of mankind catastrophe, the number of victims which was recorded in writing.

This is what is written in the annals:

In the winter of 1556, a catastrophic earthquake occurred in the Shaanxi and the provinces around it. Our County Hua suffered numerous troubles and misfortunes. Mountains and rivers changed their location, the roads were destroyed. In some places, suddenly the ground rose up and there were new hills, or, on the contrary, part of the former hills went under the earth, dripping over and become the new plains.

The Portuguese friar Gaspar da Cruz, who visited China then, in 1556, in his book “a Treatise on China” described the earthquake. However, with true Christian charity adding that this is God’s punishment for what the Chinese are not Christians.