There was another hypothesis of the death of the Maya civilization 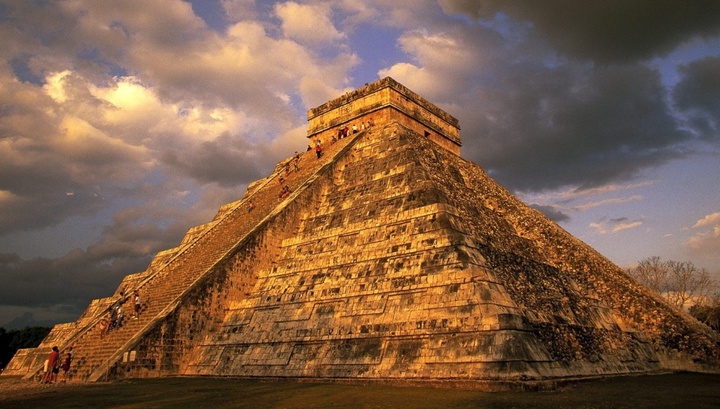 A group of scientists from Canada and the United Kingdom put forward a theory that the Mayan civilization in Central America died because of internal wars that were caused by the struggle of individual leaders for power associated with a fall in crop yields in the region due to climate change.

In a paper published in the edition of Quaternary Science Reviews, scientists suggested that food shortages made the Maya leaders abandon lush holidays and build religious buildings. Instead, the country was caught up in conflicts, and as a result, around 900 CE. The state of the Maya has finally died, reports the Daily Mail.

Scientists have studied historical inscriptions on military conflicts on stone monuments and compared them with data on temperature change and precipitation on the Yucatan Peninsula, which was the main territory of Maya residence. It turned out that during the period from 350 to 900 AD. There were 144 major military conflicts in the region, and the number of conflicts began to grow dramatically by the end of this time period.

Conflictality of the Maya experts explain the sharp increase in the average annual temperature in the region, which regularly began to exceed 30 ° C. First of all, this led to a drop in yields in Yucatan. In addition, the heat, according to scientists, affected the psychological state of local residents, making them more aggressive.

Prior to this, the Maya rulers ensured the residents’ loyalty to lavish holidays and the construction of religious buildings. In the new conditions, they had to rely exclusively on military force to ensure their power.

Earlier, scientists put forward several versions of the reasons that could cause the decline of the Mayan civilization, among which the epidemics and foreign invasion were called as the main ones.