To go out on land the first amphibians helped by sight 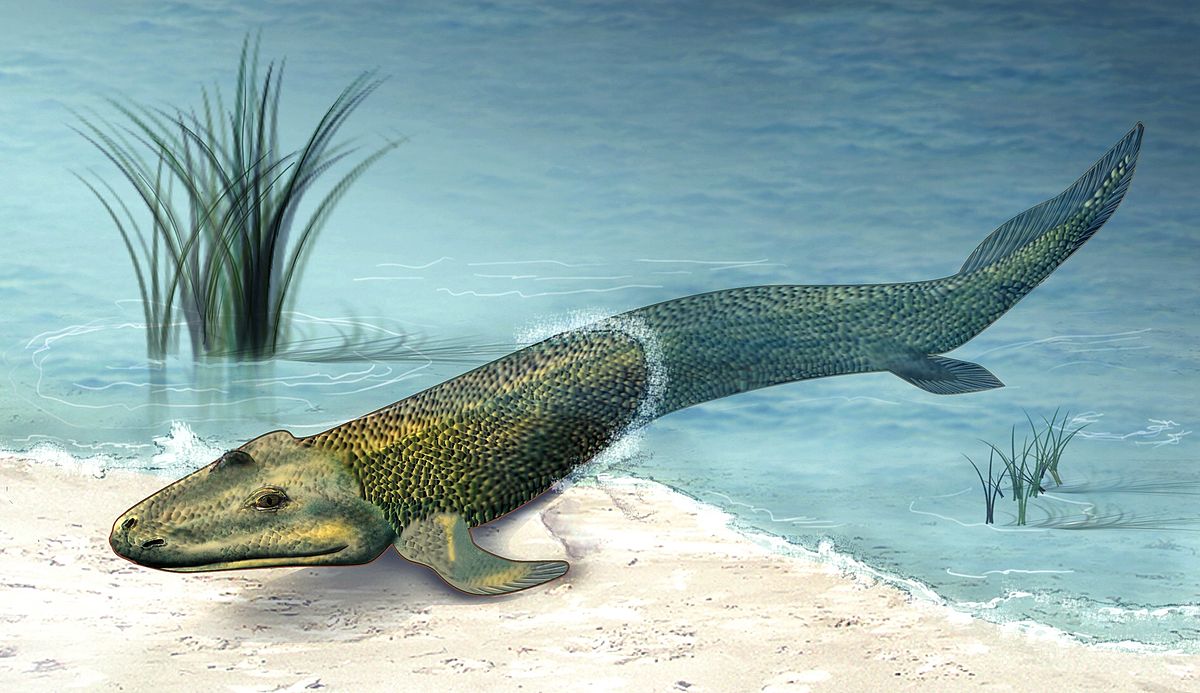 Neurobiologist Malcolm McIver of Northwestern University and paleontologist Lars Schmitz, a staff member of three American colleges, put forward a new hypothesis about how and why vertebrates first climbed to land. In their opinion, the exit from the water was preceded by an improvement in sight. Learning to see better and further, the first amphibians gained an evolutionary advantage over their short-sighted ancestors and developed spatial thinking, which after 385 million years people inherited.

Neurobiologist Malcolm McIver of Northwestern University and paleontologist Lars Schmitz, a staff member of three American colleges, put forward a new hypothesis about how and why vertebrates first emerged from the water on land.

The first vertebrates came out of the water and settled the banks of water bodies 385 million years ago. For fifty million years before, the land was already inhabited – worms and arthropods, spiders and molluscs crept along the earth, but the ancestors of amphibians still lived only in the water. McIver and Schmitz studied the remains of vertebrate organisms, dating back to the time of the appearance of the first amphibians, and found that the transition to land was preceded by an almost triple increase in the size of the eyes of vertebrates. In addition, shortly before going to land, the eyes of the ancestors of the first amphibians gradually moved from the sides of the head to the top. Scientists believe that these changes helped the ancestors of amphibians learn to see in the air: according to computer models created on the basis of 59 skulls of ancient fish and protoamphibia of the pre-transition period, increasing the size of the eye positively affects the ability to see in the air, but not in water.

Professor McIver believes that the cognitive abilities of living beings are largely determined by how they see the world. Sharpened 385 million years ago, the sight of the first amphibians could become one of the factors that made possible the further evolution of life on Earth and ultimately led to the appearance of man, the scientist believes.

Light diffuses in the water not like in the air, and the animals that spend in waves all their life, such a rule, do not differ with sharp eyesight and see not far away. Therefore, fish can not predict, for example, the appearance of a predator – they can only react and its sudden appearance. With the access to land, the viewing range increased, according to the calculations of McIver and Schmitz, millions of times, and the animals had the opportunity to plan their actions. The acquired far-sightedness of the first amphibians allowed them to develop spatial thinking, which is used by many modern vertebrates, including humans, the authors of the study come to such conclusion.