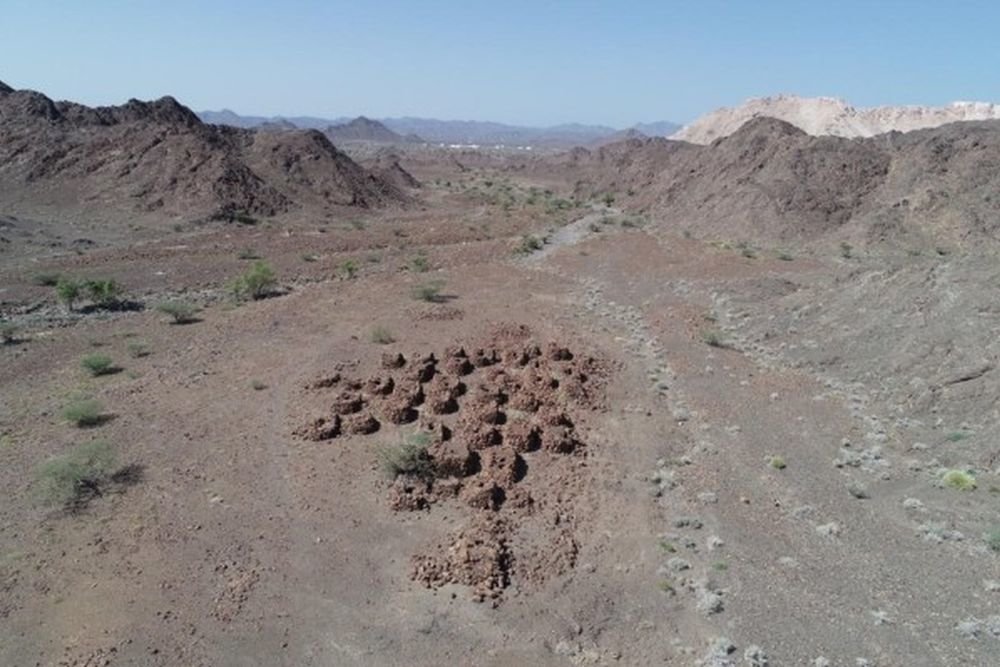 In Oman, researchers have discovered a new archaeological site, which includes an ancient settlement and 45 tombs dating from the beginning of the Iron Age.

The opening, citing the Ministry of Heritage and Culture of Oman, is reported by the Times of Oman. The study was conducted by local archaeologists in collaboration with specialists from the University of Heidelberg (Germany).

The mission’s goal was to search for Iron Age settlements in the province of Northern Al-Sharqiya. A previously unknown object was discovered in Al-Mudhaybi. It is located on the side of Al Saleli Mountain.

It is reported that in ancient times mines were located here. The miners here mined copper. They probably lived in houses discovered by archaeologists. The settlement was located just 700 meters from the mine.

In addition, a cemetery was found in the same archaeological site, consisting of 45 well-preserved tombs. By the way, these ritual structures are like huts.

According to scientists, the age of burials exceeds 3,000 years. By the size of the tombs and their architecture, it will be possible to determine the social status of the buried.

It is known that mines in this area were used from antiquity to the early Islamic era.