Traces of three ancient earthquakes in the Altai Mountains 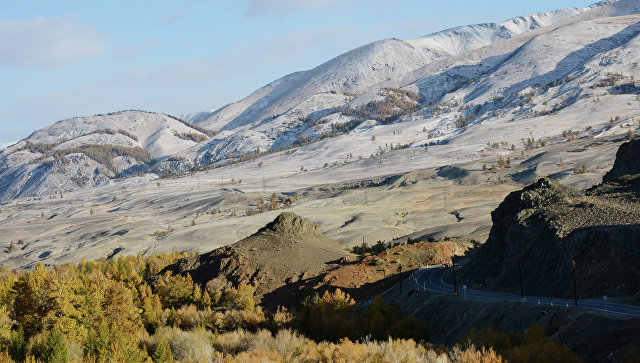 Siberian paleoseismologists found in the Gorny Altai traces of three earthquakes that occurred in ancient times, in strength not inferior to the modern Chui, which occurred in 2003 and led to significant destruction, the press service of the Novosibirsk State University.

“We discovered a faulty ledge in the South-East Altai, in the articulation zone of the Kurai Ridge and the northwestern part of the Chui Basin, outwardly it looks like an extended elevation: more than 6 kilometers in length and 0.5 to 8 meters in height. To us about the fact that it most likely could have formed as a result of several seismic movements, “the words of one of the authors of the paleoismologist Evgeni Deev are given in the message.

On one of the sections of the faulted ledge, the paleo-seismologists discovered a previously unknown archaeological monument: a group of 17 ancient burial mounds. It is interesting that some of them had obvious traces of destruction, which occurred during some earthquake. Archaeologists have suggested that the mounds were formed in the second half of the first millennium BC – the first millennium of our era. Since they were built before the second earthquake, scientists concluded that it occurred less than two millennia ago. Studying the fault under the mounds, paleoismomologists found traces of the third earthquake.

The press service recalled that a couple of decades ago, the Altai Mountains was considered a region with a very moderate level of seismic activity. The situation radically changed when on September 27, 2003 a powerful earthquake with an intensity of 9-10 points occurred on the southern outskirts of the Chui basin. The conducted research allows to speak about stable repeatability of strong earthquakes in this region. The article of scientists in the scientific journal International Geology Review ends with a reminder that the seismogenic faulty ledge is located less than a kilometer away from the planned pipeline route from Russia to China.