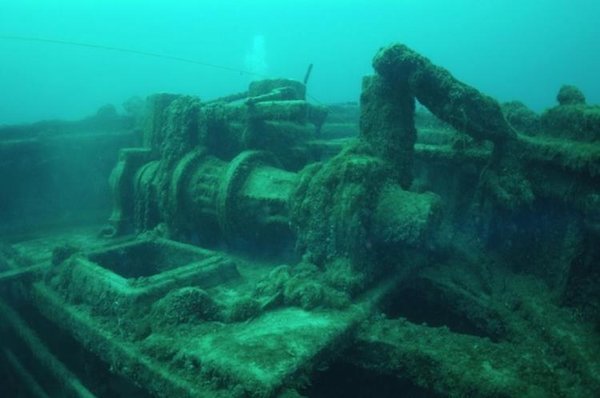 Since the port of Port-au-Prince was flooded off the coast of Tonga in 1806, the treasures on the ship were haunting the treasure hunters and divers around the world.

In 1806, these ships sank the ship “Port-au-Prince”, full of pirate treasures. His story was found on the pages of the book of William Mariner, the surviving pirate. This book – the only information about life on the islands of Tonga at that time, and the history of the sailor about the treasure for a long time did not give rest to treasure hunters. At the dawn of the nineteenth century, Port-au-Prince walked under the French flag until it was captured by English pirates and it became the instrument of robbery of Spanish ships. A few years later a new owner appeared in the ship, who did not chase pirate prey. He sent the ship to the New World with the task: either to attack the Spanish ship, or in case of failure return to Oceania and engage in trapping whales.

That luck still smiled at the pirates, it was clear from the stories of Mariner, because according to him to the shores of Tonga the ship stuck with a full hold of gold. It was here that the captain hoped to repair the hull and sails battered in sea battles. The island of Lifuk became the last haven of the ship “Port-au-Prince”. November 29, 1806 on board the ship the envoys of the island rose with “good intentions.” The natives brought generous gifts from the shore. But Finau Ulukalala II (ruler of the island) hoped to get the artillery “Port-au-Prince” for war with neighboring islands. November 30, on Sunday, the team went ashore, refusing to be anchored. When the captain arrived ashore, he was brutally murdered by savages. Soon the natives disposed of the entire command “Port-au-Prince”, crushing them by number. Survived only 4 people, among whom was still quite young William Mariner. Now tourists from all over the world are eager to go to the islands, they have completely built an infrastructure for recreation and adventure. On the island there is the possibility of renting motor scooters and motorcycles: motorcycles aprilia the best choice of a tourist in such a locality, after all cars on the island are prohibited.

The ship was burned to the waterline, and the savages had time to remove all the guns and iron parts of the ship. Gold cargo, silver and other treasures went to the bottom. Therefore, in spite of the fact that this vessel is not as famous as the “Chagas” or the sunken schooner of Lafitte, Tonga can become a new center of pilgrimage of treasure hunters. Today it can not be said that the debris discovered near the islands of Haano and Foa belongs to the ship “Port-au-Prince”. They found their two divers, one of them Darren Rice. He is fully confident of belonging to this ship, because the only missing ship near the Kingdom of Tonga is Port-au-Prince.

Sandra Fifita, the Minister of Tourism in Tonga, states that if these are the remnants of a pirate ship, then the treasures are still unharmed. And despite the skeptical predictions of historians, Rice is preparing to go on an expedition to the sunken ship. “This can be done no earlier than December 2018, when the weather will be on our side. We have a chance to become the discoverers of the most important secret of the islands of Tonga, “Darren said.