Under the Forbidden city discovered a giant Palace 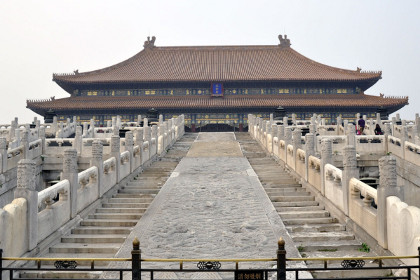 Chinese archaeologists unearthed beneath the Forbidden city in Beijing, a huge ancient Palace. The building was, as scientists believe, part of the structures, erected during the Ming Empire. This publication reports the Daily Mail.

Archaeologists have unearthed a layer of 20 brick masonry with a depth of about 2.8 meters in the Western part of the Forbidden city. According to scientists, the discovery represents the Foundation of a large Palace from the XV century and is a lock for mother of the Emperor.

Sand and soil found under the Foundation, 5-30 date back thousands of years. Also at the site, scientists have found wooden structure, designed, in their opinion, to maintain the integrity of brick buildings.

Last year archaeologists under the Forbidden city have discovered 16 large pillars. This findings is in close proximity from the found masonry that may indicate their common origin.

Excavations on the site of the Forbidden city in Central Beijing should be completed by 2020. Their conduct China is estimated at $ 260 million. The forbidden city is located in the center of Beijing North of Tiananmen square. On its territory in the period XV-XX centuries functioned as the main Palace complex of China. The forbidden city included in the UNESCO list of world heritage of humanity.