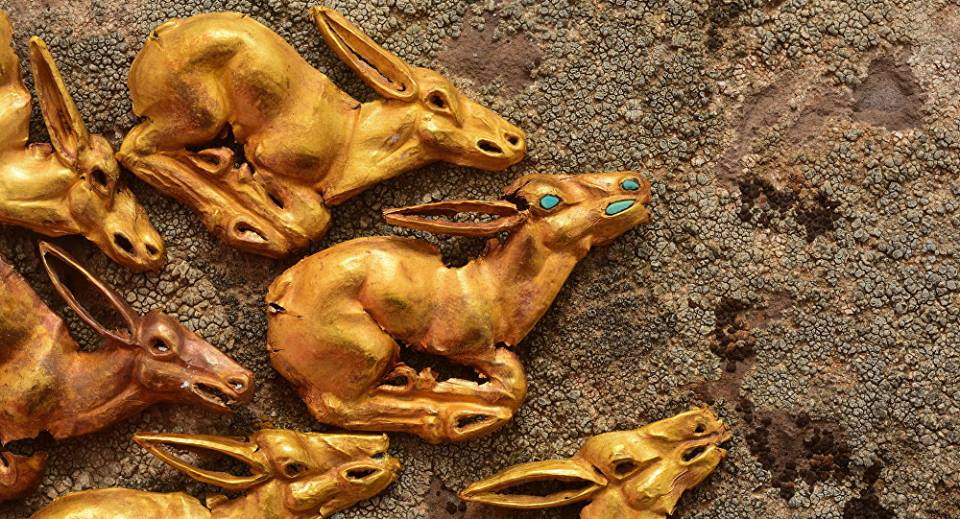 In one of the mounds archaeological Tarbagatay number of gold items discovered in the form of a hornless deer, bronze ferrules, jewellery, beads and the remains of ancient man, who was prepared for embalming.

Archaeologists after two months of excavations in Eastern Kazakhstan and follow-up studies once again came to the conclusion that the culture of the early iron age are extensively presented in the Tarbagatai mountains.

Archaeological expedition to the Tarbagatai ridge began in June 2016, in the valley which is at an altitude of 1500 meters above sea level was discovered a unique burial ground called Eleke Sazy.

Back in 2011 in this area I have conducted archaeological exploration, when I first saw the monuments was carried out certification and routine accounting. It was then that I saw the future of this ancient burial ground. They are special, at the same time, different period — from members of PSU until late old Turkic, says archaeologist Erden.

Archaeological excavations began with the burial of Alike saz-2, Kurgan at number seven. The mound, of great interest for the study, with a diameter of about 35 meters and a height of 1.8 meters. 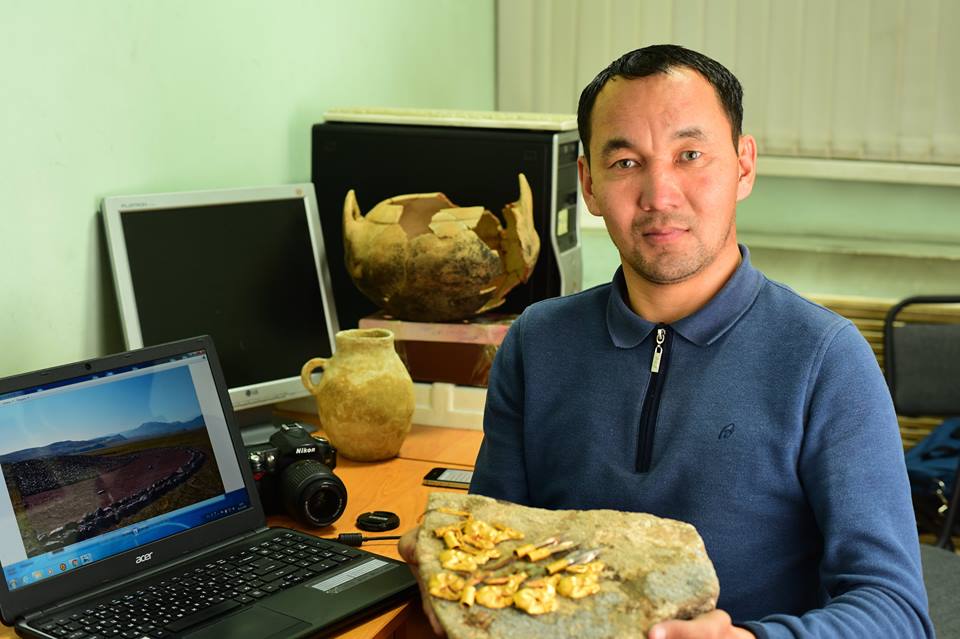 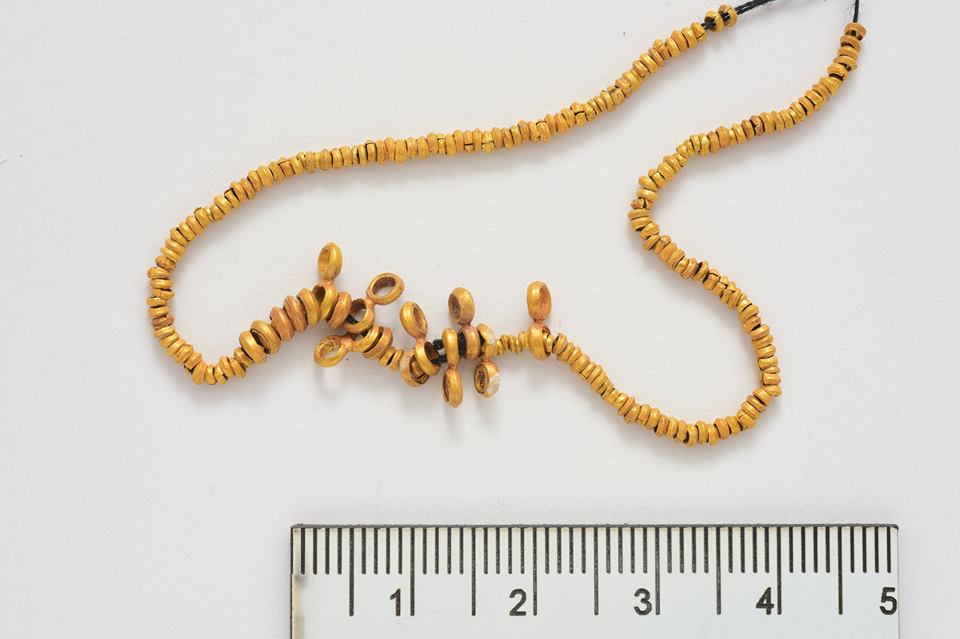 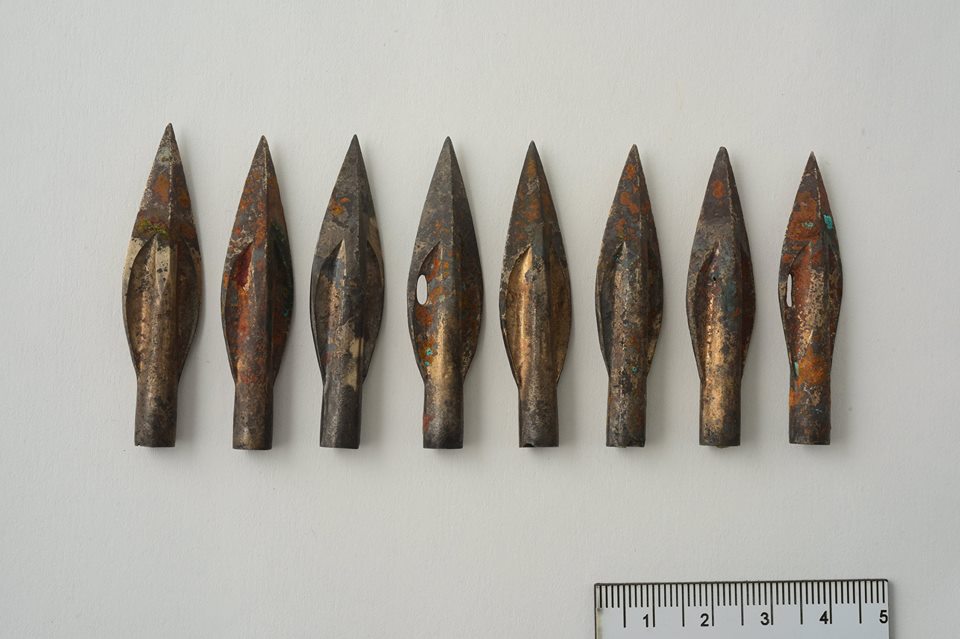 According to archaeologists, the outside mounds were made of stone, and after continued to excavate, under a stone the orchestra was discovered a dirt mound. Such ancient architecture have met on the territory of Kazakhstan, it is similar to monuments of ZHETISU (Semirechye) early iron ages. For the East Kazakhstan monuments like this are not typical, and meet for the first time.

Unfortunately the members of the expedition, this mound was looted earlier, and twice.

How do we define it? All the finds were found in the dromos, that is, in the corridor from the edge of the mound to the center. And this mound was the dromos length of six meters. Inside the dromos of the found artifacts is the first signs of robbery. The second point – the Central part of a stone sarcophagus was moved out of her place, — says the scientist.

In the burial ground, archaeologists found six gold stripes in the form of deer, eight bronze arrowheads and three bells, most likely, they were used as decorations for clothes, and about 200 pieces of beads. Also, to the surprise of scientists, the mound was found the remains of ancient man. The results of anthropological research showed that the found skeleton belongs to a man aged about 35-40 years. The examination found that his remains had been subjected to drilling.

On the bones, there are through-holes, in particular at the tubular bones and spine, which suggests that the person was prepared for embalming, and it was conducted already in the early iron age. While no other data — said the archaeologist.

As the scientist, clothing and organics, i.e. tissue of the human body in a looted burial is not preserved, as it penetrates the air.

If the burial would not be touched, (the remains) are preserved in anatomical order, and opened later in the laboratory, it is possible that she would (organic) and preserved. But not in this case, he said.

Found plaque in the form of deer have previously met the archaeologists of Kazakhstan. Such decorations were characteristic in the Scythian-Saka circles of the early iron age. It should be noted that deer with bent legs similar to that found during the expedition, Sergei Chernikov in 1960 in the Shilikty valley and the Zaysan region.

This is a very popular finds, the only difference is that we found hornless deer, and there — with horns. And the style and position of the same and repeated. In this regard, we can say that both discoveries belong to the early Saka period — concludes the scientist.

According to him, the deer made of gold 920 samples with inlays of turquoise. From the VIII century BC, that is from the early Saka period, on the territory of ancient Kazakhstan was widely used in the production of gold. Herodotus in his writings wrote about it, also instructions about the use of gold are mentioned in Chinese sources. Ancient tribes originally used molten gold, gradually moving to leaf and gold foil. At the turn of our era the gold begins to meet less and fades almost completely, replaced by bronze.

Discovered in the burial of Alike Sazy tips were made of an alloy of tin and copper – bronze. To the surprise of the members of the expedition, the artifacts are very well preserved and still remained sharp.