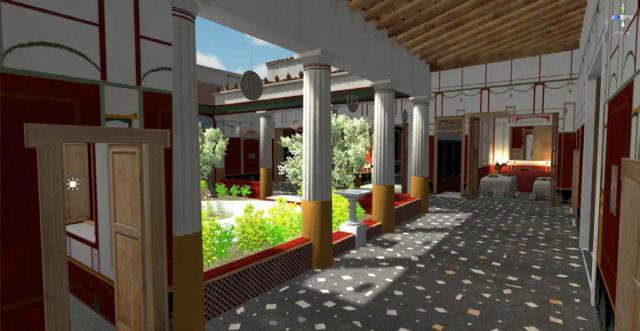 Swedish experts from the Lund University have created three-dimensional virtual model of a Pompeian house of the banker Lucius caecilius Ukunda (Lucius Caecilius Iucundus), who lived in the first century ad

The work was carried out within the research area of Insula V1. The project started with the support of the Swedish Institute in Rome in 2000.

The scanning area was conducted in 2011 – 2012 To date, scientists have presented a three dimensional model of excavated buildings. According to participants of the project, the study will allow to learn more about how people lived in Pompeii before the eruption of Vesuvius.

Through the use of modern technologies it has become possible in detail and with high precision to pass what looked like the house of Lucius caecilius Ukunda 2 thousand years ago.

In addition to this facility the scientists during the study also found the remains of a floor 79 ad, and fragments of other buildings, including taverns, a Laundry, a bakery and the remains of several gardens. In one of the gardens archaeologists have discovered that during the eruption of some of the valves, blocking the water for the nearby swimming pool, were opened: the water is still fed to it, when Pompeii was covered with ash.

Discovered in a nearby shop also found were three clear glass made of crystal plaster and laid on top of each other.