What did the first animals of the Earth look like? 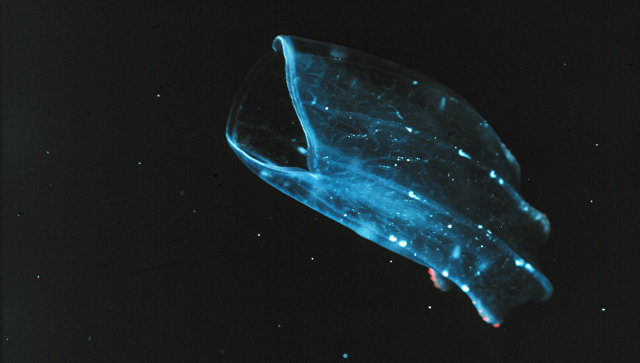 The first animals of the Earth were similar not to sea sponges and hydras, as most scientists today suggest, but to jellyfish and ctenophores.

“Today, scientists collect large amounts of genetic information, analyze it, determine the connections between its elements and then conclude that their conclusions are true because of the improvements in the analysis methodology that they used.In 95% of cases it works, but in the remaining 5% The tree of evolution is not going to “, explains Antonis Rokas from Vanderbilt University in Nashville, USA.

Most of the modern groups and types of animals appeared about 540-520 million years ago, during the so-called “Cambrian explosion” – a sharp acceleration of evolution and an increase in the diversity of multicellular creatures. At this time the ancestors of worms, insects, fish and other vertebrate animals arose.

Traditionally it is believed that the first multicellular creatures on Earth were similar to modern hydras and sponges. They were extremely primitively arranged – they consisted of only two layers and fed, flowing through water and filtering out of it microbes, plankton and particles of organic materials.

Rokas and his colleagues say that such a statement was made on the basis of incomplete genetic data and their incorrect analysis – in fact, the most ancient beings on Earth are not sponges and their relatives, but the ancestors of modern ctenophora and jellyfish. Similar statements have already been made by geneticists in 2008, but then they were not taken seriously because of problems in the methodology of conducting the study.

As Rokas says, they came to this conclusion using a completely different technique for determining the form of the “tree of evolution”, which uses only genes common to all organisms, and not the whole of their totality. In other words, scientists took two potential candidates for the role of the ancestors of certain species, selected their common genes and determined how many similar sections of DNA their potential descendants have.

Such an approach, he said, avoids the appearance of false associations or the disappearance of real connections due to sharp differences in the structure of relatively insignificant genes. The removal of one or two of these genes from analysis, as Rokas notes, often leads to the fact that the kinship between “disputable” organisms often change to the opposite.

Guided by this idea, geneticists have analyzed related relationships in 17 evolutionary trees of animals, fungi and plants, including the common tree of evolution of all multicellular living beings.

As shown by this analysis, comb jellies and jellyfish, and not sponges, are the ancestors of man and other multicellular animals, and the turtles have proved to be relatives of both birds and crocodiles, and not just crocodiles, as paleontologists previously thought.

Of course, the conclusions of Rokas and his colleagues are unlikely to convince all supporters of the “labial” hypothesis, but scientists are sure that their analysis technique gives more accurate and less contradictory results than the classical methods of phylogenetics.