What did the Indians give us? 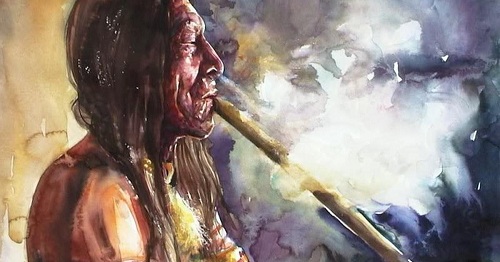 The world has long been filled with different things. We rarely think about their origin. For example, eating fried potatoes for dinner, hardly anyone thinks about how they got to our table.

But once there were even bloody riots because of potatoes. The potatoes were brought to Europe by sailors from South America. He first went to Spain, and from there to Ireland. In France, it was planted for the sake of beautiful flowers. And only after a while they realized that this is a very satisfying and tasty vegetable.

In Russia, potatoes were introduced by force. People did not understand that they need to eat tubers, not berries. Yes, yes, what grows instead of flowers, similar to tomatoes, is the berries of a potato. They are inedible and poisonous.

In Bolivia, Peru, potatoes are still found in the wild.

In Mexico, it is called maize. It grows wild there. And Christopher Columbus brought her to Europe in 1496

In Russia, they first got acquainted with the culture during the 1st Crimean War in 1768. In general, corn is the third most important grain crop in the world.

In the excavations of the ancient burials of the Aztecs and Mayans, they found clay pipes and tobacco. Obviously, the Indians knew how to grow tobacco and smoke much earlier before Columbus appeared in America.

Despite all the prohibitions, tobacco has spread throughout Europe and the malicious habit of smoking has a place to be today.

Agree, very comfortable shoes! But it was invented by the North Indians hundreds of years ago! Moccasins each tribe sewed in its own way. They were on hard and soft soles, as well as summer and winter.

Today these are stylish leather shoes, without fasteners and lacing. As a rule, these are soft summer shoes.

How to remain silent about small but very brave dogs! They also came to us from the Aztec tribes. The ancient Mayans considered them sacred animals and, they say, even fed them with human meat. When the owner died, his faithful dog was also burned at the stake along with the owner.

We also have a smart little dog Montigomo, with a tail fluttering like a flag. Absolutely fearlessly, he can rush at the dog twice as much if it is necessary to protect the owner.