What did the poor man of the thirteenth century look like? 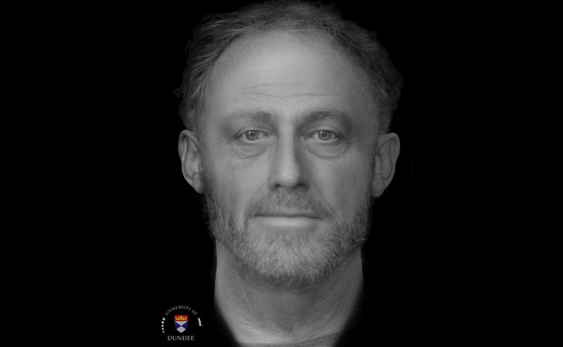 Cambridge archaeologists with the greatest accuracy reconstructed the appearance of an English poor man, who died in the almshouse of John the Baptist in the 13th century. This is reported by a university press release.

The skeleton of a man, codenamed Context 958, is one of 400 extracted from burials in the theological faculty of John the Baptist’s College. In the Middle Ages, there was an almshouse – a shelter for the poor and the elderly. Inhabitants of the orphanage were buried in his own cemetery.

Archaeologists from Cambridge and anatomists from the University of Dundee came to the conclusion that Context 958 at the time of death was more than 40 years. He worked hard and hard all his life. In his young years, tooth enamel twice stopped growing – that is, he twice experienced a period of severe hunger or disease. On the back of the head they found traces of a strong blow, which eventually healed.

Judging by the nature of the destruction of his teeth, Context 958 ate a lot of meat and fish – such a diet was a rarity for the poor of that time. Probably, this meal was somehow connected with his profession. However, the very fact that the Context 958 by the end of his life was in the poorhouse, says that he was impoverished to old age, and there was nobody to take care of him.

“Most of the historical sources speak of wealthy members of society, of their financial and legal affairs. The less money and property you have, the less likely that someone will write about you. Therefore, such skeletons are almost the only chance to learn about how the poor lived, “- said one of the participants in the project, John Robb.