What is encrypted in the Incan script 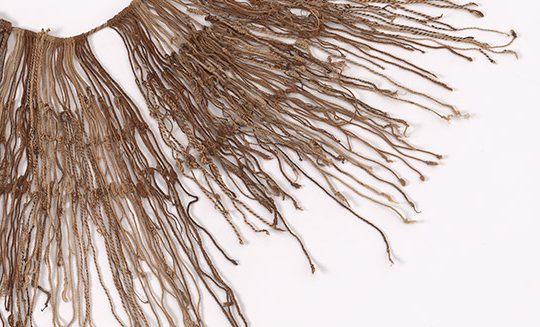 The Inca Empire is the largest state of pre-Columbian America. Under the rule of the empire were many peoples, its territory was constantly expanding. The population of the state was about 10 million people, and actually the Incas were originally called only representatives of the ruling class, there were from 15 to 40 thousand people. The Incas had developed technologies, some of them borrowed from conquered peoples. The inhabitants of the empire built extensive networks of roads and irrigation facilities. The Incas were familiar with mathematics and astronomy, used the calendar, performed surgical operations.

The most important role in the economy of the state was played by the mnemonic and counting system of bale – rope plexuses and nodules reinforced with a special cord. Today, more than 800 bale are known, the largest are up to 2,000 threads.

Indians continued to use the pile and after the Spanish conquest. Kipukamayoki – the people in charge of the kipu – acted in court on property disputes, their reports were equated with documents executed on paper. This fact confirms that the kipu were used as mnemonic tools that help the specialist to extract information from memory. Such “records” could only be read by the one who compiled them. Also, the kip was used to transmit information by mail, most often the accounting documents were created. According to modern ideas, most of the information stored in a pile is figures.

The information is encoded not only by the shape of the nodes, but also by the color of the strands. According to the most common version, the color could denote the class of objects referred to in the “letter” (for example, black is the time, green is the enemy’s soldier).

In 2005, for the first time, a version appeared that a bale can contain not only data on figures, but also text. In an article published in the journal Science, anthropologist Gary Erton and mathematician Kerry Brezin suggested that a sequence of three characteristic “nodes in the form of a figure” in one of the kip can encode a toponym, the name of the creator of the “document” or some object.

Data about known science kipu are stored in the database Quipu Database Project. However, there are small collections of piles that are stored as descendants of their creators as a family heirloom. These “documents” are not included in the database, information on their exact number is divergent.

In 2015, two such piles were discovered in Peru by Sabine Hyland, professor of anthropology at St. Andrews University. Their threads are made of wool (cotton threads were more common), so the colors on them are well preserved. 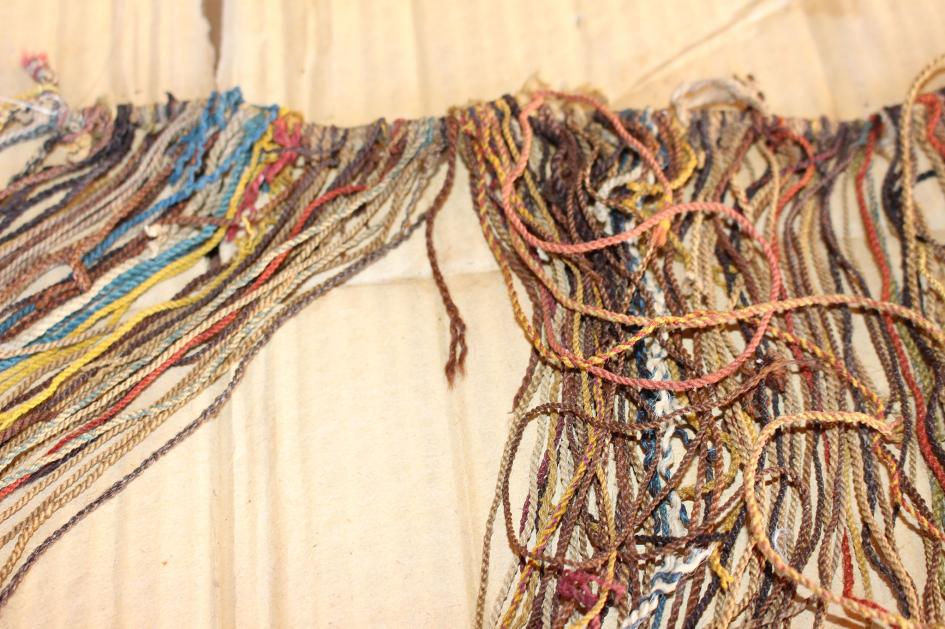 “We found a series of complex color combinations between threads. The threads represent 14 colors, forming 95 unique patterns. This number is comparable to the number of symbols in logo-syllabic writing systems, “says Highland. The anthropologist explains that this number of patterns is much larger than in the countable pile of this region. The logo-syllabic (verbal syllabic) systems include the Maya writing.

Kipu, found by the researcher, is made in the XVIII century. This poses the most important question: to what extent these records are associated with the traditional era of the Inca Empire and how influenced by the alphabetic writing (for example, Spanish)?

The article about the finds is published in the journal Current Anthropology. Sabin Highland plans to continue research.

Earlier, scientists came to the conclusion that the large-scale extinction of the indigenous population of America began not during the invasion of the Spanish conquistadors, but a century later with the arrival of missionaries.