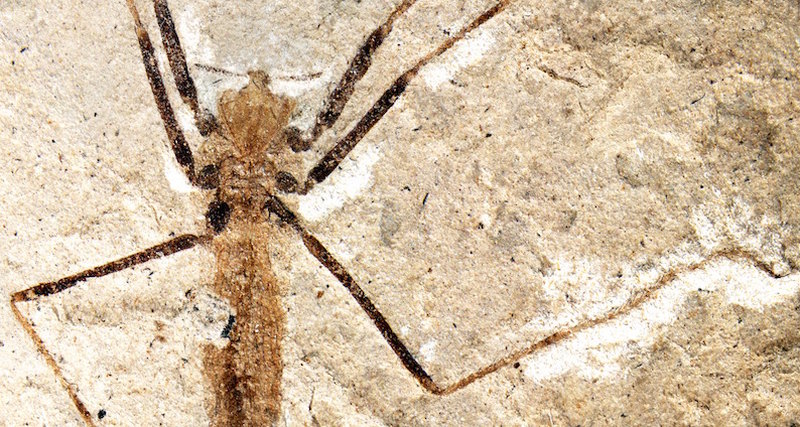 For the first time, the remains of Saurophthirus were found in the Lower Cretaceous lacustrine sediments of Transbaikalia in 1976 by paleoentomologist Alexander Ponomarenko. And recently scientists “caught” two dozen fleas in the ancient (125 million years) lake sediments in the northeast of China.

The piercing-sucking proboscis, the absence of wings and the translucent abdomen, which is stretched by the intake of abundant liquid food, are given out in the zawroftis precisely the bloodsucker. But with such long limbs, it would be uncomfortable to make your way through thick wool or feathers, so that he could hardly parasitize on mammals or feathered dinosaurs.

But the zawroftirus was ideally “complicated” for life on the winged membrane of pterosaurs: thanks to long limbs with large curved claws, it could easily be balanced on this unstable surface in flight. Perhaps the zawrofters accompanied the pterosaur hosts, not only in the air, but also in the water where they sank in search of fish.

“This conclusion suggests itself based on the structure of the tracheal (respiratory) system of the zawroftis,” explains Alexander Rasnitsyn from the Paleontological Institute of the Russian Academy of Sciences.