What “told” the ancient skeletons 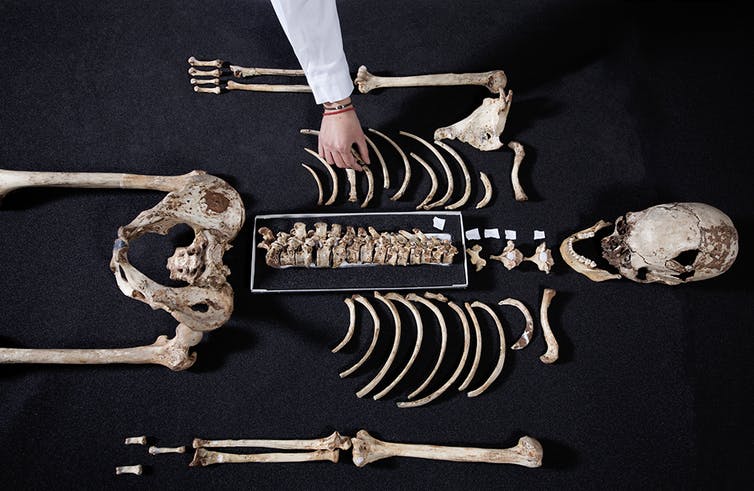 The DNA of the ancient skeletons reveals the amazing facts about our ancient ancestors. The rapid development of genome sequencing over the past few decades has opened a new window to the past.

Our ancestors slept with Neanderthals

Archaeologists have long guessed that modern people and Neanderthals lived together in Europe and Asia, but only recently became aware of the nature of their cohabitation.

In fact, after the first mitochondrial genome of the Neanderthal man was sequenced in 2008 (DNA located in the mitochondria of the cell), geneticists and archaeologists for a long time could not understand whether people with our next of kin are connected in some way or not.

When the full Neanderthal genome was sequenced in 2010, comparisons with modern human DNA showed that all non-African people have pieces of Neanderthal DNA implicated in the genome. This could happen if people and Neanderthals mixed up just 50,000 years ago. A few years later it was confirmed.

Mixing allowed Tibetans to live in the mountains

Strangely enough, our ancestors communicated with Neanderthals, not just as friends. When DNA was sequenced from a petrified finger found in a cave in the Altai mountains in Siberia, and the finger was thought to belong to a Neanderthal man, a genetic analysis showed that it was actually a new species of man, different from, but closely related to, Neanderthals. The analysis of the full genome showed that these “Denisov people” also had sex with our ancestors.

Tibetans, who live among the highest mountains in the world, are able to survive on the heights on which most people simply gasp in the absence of oxygen. Genetic analysis has shown that Tibetans, along with Ethiopian and Andean mountaineers, have special genetic adaptations that allow them to treat oxygen in rarefied mountain air.

Now we know that these genetic adaptations to the height of Tibetans – they have a specific version of the EPAS1 gene – have in fact been inherited through generic mating with the Denis people.

It turned out that the improvement of immunity, metabolism and diet among modern people is also associated with useful genetic variants inherited as a result of this crossing with both Neanderthals and Denis people.

Crossing with other species explains only a small part of human adaptations. DNA analysis shows us that as our ancestors wandered around the world, they evolved in different environments and adapted to food faster than previously thought.

For example, an obvious example of human adaptation is the development of lactose tolerance. The ability to digest milk after three years is not universal – and it was previously assumed that it spread in Europe along with the agriculture of the Middle East about 10,000 years ago.

But when we study the DNA of humans over the last 10,000 years, this adaptation, which is now a common occurrence in Northern Europe, was missing 4000 years ago, and even then was quite rare. This means that the spread of lactose tolerance in Europe should have been incredibly rapid.

The first Englishmen were black

The DNA of one of the first people in Britain, Cheddar Man, shows that he was more likely to be dark-skinned and blue-eyed. And he also could not digest milk.

Although it is curious and even somewhat surprising to learn that some of the first people who inhabit the island, now known as Britain, had dark skin and blue eyes, this striking combination is not so unpredictable, given what we learned about Paleolithic Europe from the DNA of the ancients. Dark skin was quite common among hunter-gatherers like Cheddar Man, who lived in Europe for thousands of years after he lived – and their blue eyes were from the Ice Age.

Immigrants from the East brought white skin to Europe

So, if 10,000 years ago in Europe dark skin was common, how did the Europeans acquire their white skin? In Europe there are no hunter-gatherers anymore, and there are very few of them around the world. Agriculture replaced hunting as a way of life, and as is known, in Europe, agriculture has spread from the Middle East. Genetics revealed to us that this change is also associated with a significant movement of people.

Also we know now that about 5,000 years ago there was a large influx of people from Europe into Russia from the Russian and Ukrainian steppes (territorially). Together with DNA, these people brought domesticated horses and a wheel to Europe, and at the same time, probably a proto-Indo-European language, from which almost all modern European languages ​​originated.

Most likely, along with them, white skin appeared in Europe. It is believed that light skin pigmentation helps people better absorb sunlight and synthesize vitamin D.