What will bring us the Age of Aquarius 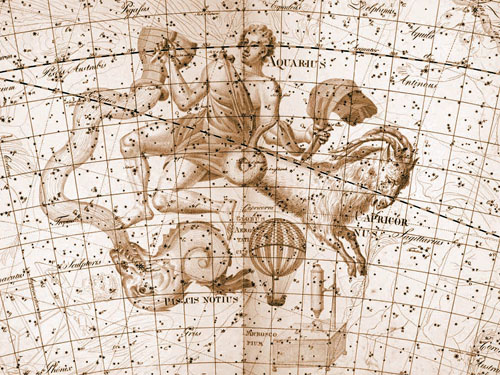 Many of you probably remember that at the turn of the Millennium and then there were discussions about the onset of the age of Aquarius. The opinions of astrologers were divided thus: some say that the age of Aquarius has already arrived, while others argue that it will soon begin.

But what is actually the age of Aquarius, few clearly and sensibly explains. To understand what this mysterious era, it is necessary to retreat a little back.

As you know, the Sun makes a full circle around the Earth in one year.

It moves in a narrow band, called the Ecliptic, through the twelve zodiac signs. The basics of astrology were laid in ancient Babylon, and then the signs of the zodiac received the names of actual constellations.

The beginning of the astrological year is considered to be the vernal equinox – March 21. In this period the Sun moves along the Ecliptic, crosses the imaginary line that divides the sky into North and South halves (called the celestial equator).

The duration of the day and night at this time equal. In one year there are two equinoxes – spring and autumn (21 September). The first marks the arrival of spring, the second – the onset of autumn.

Since the formalization of astrology, the spring equinox was considered to be the point of entrance of the Sun not only in the sign of Aries, but in Taurus.

I must say that at the time astrology and astronomy were considered as identical concepts. Later, however, astrology was separated from astronomy, and the zodiac is no longer in the constellations.

Therefore, if in the modern world, an astronomer talks about Taurus, he is referring to the group of stars that form the constellation Taurus.

Now if Taurus says the astrologer, he is referring to the astrological sign that is associated with a certain set of associations, symbols and characteristics. Even in the 2nd century BC Greek astronomer Hipparchus was the phenomenon, which is called the displacement of the equinoxes or precession.

Scientist found that gradually, the position of the axis of the planet changes. During the rotation of the Earth around its axis as the pole would sway from side to side. Thus, there is a shift of the earth’s equator.

And therefore the celestial equator, which lies in the same plane as the earth also moves. This explains the fact that over time the spring equinox is in other constellations.

For many centuries the vernal equinox point to pass in reverse order through all the zodiac signs.

Around 2000 BC the vernal equinox enters the constellation of Aquarius, so modern humanity is already living in the beginning of the age of Aquarius.

The point of the equinox moves very slowly – 1 degree for almost 72 years. Thus, one sign of the zodiac, this point is like over 2150 years.

All the constellations she goes for 25.8 thousand years. This time period is called the Great year. And the passage point of the equinox through one astrological sign is called the Age or a Great month.

For the past 20 centuries, people lived in the age of Pisces, at the moment humanity enters the age of Aquarius. But since we are talking about large time periods, to determine the beginning of a new epoch with a precision of up to one year is simply impossible.

Thus, in particular, some astrologers call the beginning of the era of Aquarius, our goals, others believe that the starting point should be the end of the Second world war.

Highly respected Association of astrologers – “Church of light” – calls even earlier date: 1881 Another significant part of scientists believe that we have entered a new era in the 70-ies of the twentieth century.

For example, the astrologer Caroline Mak Katchen argues that with the advent of cable television and computers and a growing number of people who literally walk around with antennas sticking out of heads, it is very difficult to believe that humanity has not yet entered the era of Aquarius.

Astrologer Charles Jayne and psychologist Carl Jung talked about the fact that the new era will begin in the 90-ies of XX century There are, however, such scholars, who argue that the age of Aquarius will only begin at the turn of the XXIV-XXV centuries.

To understand what the age of Aquarius, you need to understand that each era has its own astrological sign. Our planet has survived a lot of great years.

If you remember that scientists call the approximate age of the Earth of about 4.6 billion years, that amounts to 177 thousand Great years. But the ancestors of modern man appeared only 115 Great years (3 million ordinary years ago.

Astrologers are usually regarded the history of mankind since the age of Leo (10 thousand – 8 thousand years BC). During this period people are actively and energetically trying to learn how to use their habitat.

They lived in caves and created the first stone tools. In the lives of these ancient people played a huge role in the Sun because during this period, our ancestors moved from hunting and gathering to cultivation of crops.

In the era of Cancer (about 8 thousand to 6 thousand years BC), the people emerged from caves and began to build their homes on the earth’s surface. They learned to spin, weave, and also mastered pottery.

In addition, they began to breed domestic animals and to grow a fairly large number of agricultural crops.

And because Cancer governs the Moon (the sign of motherhood, procreation and domestic life), in that period of time were cultivated rituals that were associated with the worship of the moon and childbirth.

In the era of Twins (about 6 thousand – 4 thousand years BC), appeared writing. People started to record and store information that broadened their intellectual capabilities. And thanks to the invention of the wheel made possible travel and trade.

Age of Taurus (about 4 thousand – 2 thousand years BC) marked by the development of the great ancient Egyptian civilization, with its emphasis on new technology in construction (the pyramids and other buildings) and land cultivation. In architecture and art of this period manifested the reliability and esthetic nature of Taurus.

In the age of Aries (about 2 thousand years BC – the beginning of BC) are iron age. During this period, people learned to make iron tools.

At the same time, Aries is known for its aggressiveness and militancy, therefore, the period witnessed the rise of the Greek city States and Assyria, and the conquest of Alexander the great. And it was at this time Rome became the most powerful Empire.

In the era of Pisces (beginning of BC – 2000 BC) the world was greatly influenced by Christianity. This epoch was marked by struggle and great sacrifice, and the numerous and bloody wars, blazing literally on all continents.

What will the age of Aquarius? To answer this question, we need to look for clues in the sign itself. It’s a sign of humanity and brotherhood.

That is why some astrologers suggest that this period of time the state will disappear, and all of humanity will unite into a single people, where there is no division into nationalities.

It is not excluded that in the new era humanity will reach his ideal world. Aristocrats of the future will be prosperous and educated people.

Aquarius is also the sign of scientific inventions and knowledge. Currently it is impossible to imagine what other discoveries can be made in the next few thousand years, but astrologers say that some of these achievements are bound to be space travel, which will take place not only outside the Solar system, but our galaxy.

Another highlight will be the fly to the stars (remember, the closest of them, not counting the Sun, is 4.3 light years from our planet; for comparison, the furthest planet Pluto is from the Earth at a distance of 5 light minutes).

Aquarius is a mental sign, so the future will be characterized by great intellectual achievements: the emergence of new technologies will help to solve the problem of depletion of mineral and energy resources. The maximum benefit to humanity will bring aircraft, electronics and atomic energy.

Aquarius is the sign of practicality, so the knowledge will not be an end in itself but a means to achieve results. It is interesting that there has been a growing interest in astrology, as the sign is closely associated with this science.

All these assumptions are based on the positive qualities of Aquarius, but his negative traits, in particular, the eternal vibrations, rigidity and selfishness desires will also take place.

Humanity, unfortunately, has not risen to the level to count on the emergence of new, devoid of selfishness, race.

In addition, the mankind will have to solve many serious problems: global war, overpopulation and related hunger, epidemics, etc.

People are too wasteful uses of natural resources, depriving the planet’s ability to support its existence.

The most dangerous is nuclear energy, which not only can destroy humanity, but also lead to the death of the Earth.

But still the era of Aquarius gives some hope. Aquarius governs Uranium, and it is known, the planet’s future, in the sphere of influence which include inventions, science, the humanitarian movement and electricity.

It is also a planet of unconscious purposes and will. So mankind, according to experts, will be based on certain principles: the concept of “good-bad” is replaced by “appropriate-inappropriate”; thinking becomes intuitive bole, disappear artificial separation of the Sciences into the Humanities and the natural; the social priority will become the common good; wealth will cease to be the fundamental goal and the first place will come a desire to reach their potential, intelligence, spirituality. The measure of success of a person there will be not money, but the quantity and quality of real friends.

To the maximum extent possible to harmonize and move in the age of Aquarius, astrologers suggest, first and foremost, learn to love and respect not only themselves but also every person to respect the choice of others, to resist the manipulations of others, open and sincere communication, to listen to your intuition.

In addition, the main qualities the new man should be altruism, cooperation, friendliness and humanity.

Astrologers believe that the transition in the age of Aquarius humanity gets the chance to create a beautiful new world, or lose everything that is already there. And everything depends on us…

It would be good to convey that message to the powers that be, to in any way wanting to start another war aimed at the acquisition of another natural resources or extension of the private living space due to the land had never belonged to a particular people.