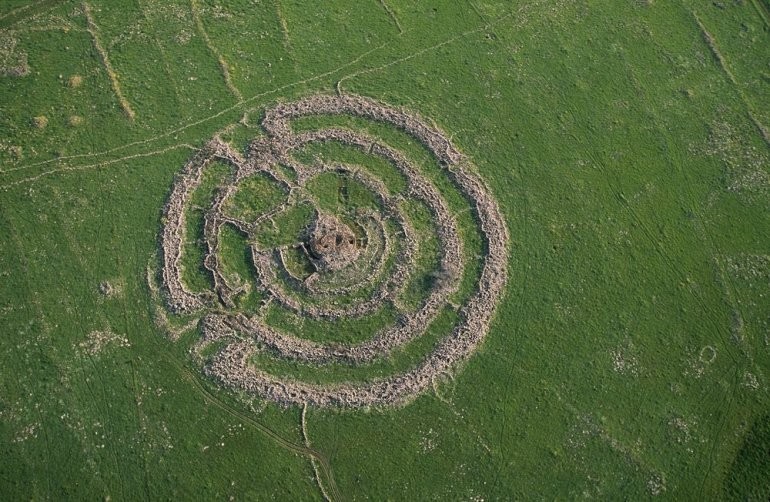 This ancient monument of the era of the megalith consists of concentric stone circles and hill in the centre. Wheel of Spirits Rujm El-Hiri is seen mostly from the air and is barely noticeable from the ground.

The walls reach about two meters height and only the Central mound rising slightly above the General plan. This mysterious landmark located in a bare field in the middle of the Golan heights.

Stone monument remained unnoticed for many centuries until it was discovered by Israeli archaeologists. It happened only after the territory was captured from Syria in 1967.

The Syrians called the Wheel of Spirits Rujm El-Hiri, which in Arabic translates as “stone hill wild cats”. In Hebrew it is called the “wheel of the giants” — ancient giants mentioned in the Bible.

The word “Rephaim” in modern Hebrew also means “ghosts” or “spirits.” The mention of these giants is due to the giant size of the Wheels of the Spirits — the stone circle is 160 meters in diameter. Still remains a mystery who built Rujm El-Hiri and for what purpose.

The structure consists of a large number of basalt blocks, including four small concentric circle. The walls of the circles are connected perpendicular stone walls of a smaller size. 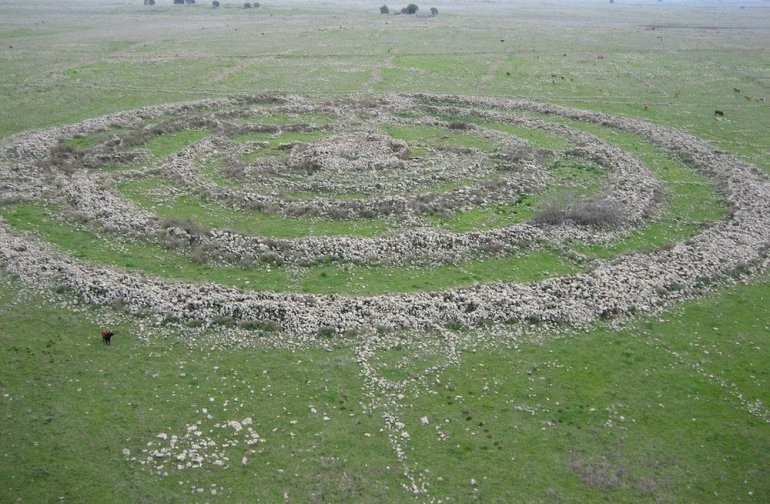 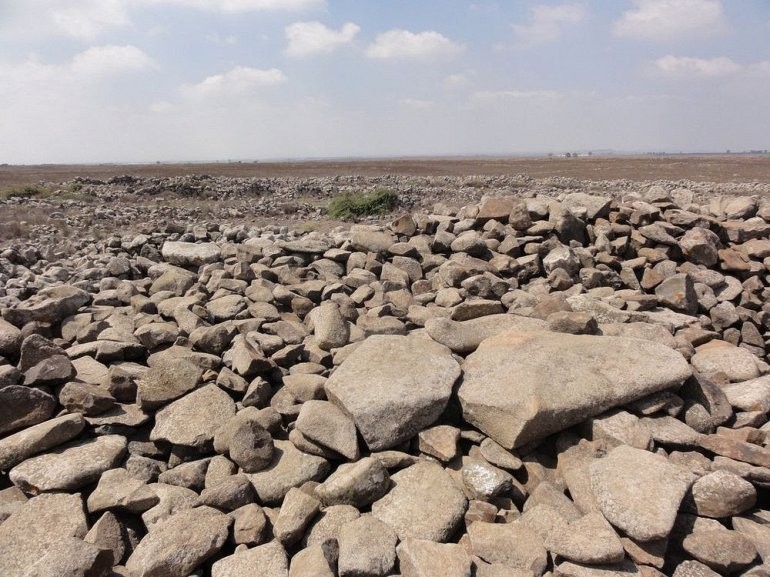 In the center the pyramid of the block of stone approximately 5 meters tall — the highest part of the entire structure. It is believed that the Spirits Wheel Rujm El-Hiri contains more than 40,000 tonnes of basalt.

According to rough estimates of scientists, the monument was created around the year 3000 BC, making it contemporary with the more famous Stonehenge in England. That is why it is often referred to as the Israeli Stonehenge.

As with most other monuments of the megalith, there is no information about possible builders Rujm El-Hiri, and also about the purpose of this place. One theory is that the Wheel of Spirits was an ancient astronomical calendar.

According to approximate calculations, in the year 3000 BC in the days of the summer solstice the sun’s rays passed through the northeast exit of the complex. But this theory is not confirmed by astronomers, since the position of the monument is not perfect.

This may indicate the lack of accurate astronomical knowledge, or the lack of suitable instruments the ancient builders. Another theory claims that Rujm El-Hiri was a tomb, although there was never found any human remains.