When did the first people appear in America? 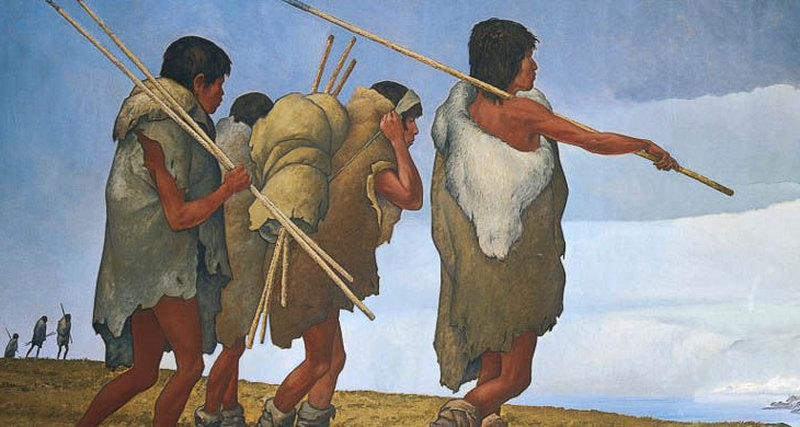 The theory “Clovis first” that the Paleo-Indians came to the New World on the Bering Isthmus 13.5 thousand years ago, is increasingly criticized. Most likely, the first Americans appeared in the New World much earlier. But it will not be easy to find the svides of their existence.

Until the early 2000s it was considered that the first people came to America through the Bering Strait, which then – 13.5 thousand years ago – was not a strait, but a long land isthmus. Representatives of the oldest in the American continent archaeological culture Clovis left archeologists with a few stone and bone tools and rough ceramics. But their anthropology is known for only two finds: the remains of a boy who received the nickname Anzik-1 (Montana, 2013), and girls (the Mexican state of Yucatán, 2014).

Clovis culture people still figure in the textbooks as the first people of the Americas, but in recent years there is more evidence that even before them, 25-15 thousand years ago, Homo sapiens lived in the New World. However, questions about when and how they got to new shores, while more than answers.

In a new survey study published in the journal Science, anthropologists examine the evidence to date of early human migration to the American continent – mostly indirect. The isthmus between Siberia and Alaska rose from the water only 13.5 thousand years ago, so if people arrived to America before, they traveled by sea. 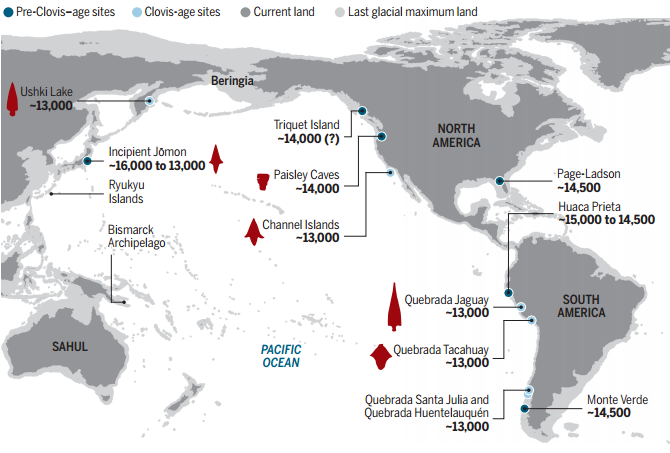 According to the popular theory of coastal migrations, people of the late Pleistocene moved behind the herds of large land mammals, the meat of which formed the basis of their diet. However, in recent years, the theory of the “kelp highway hypothesis” has gained increasing importance, according to which people were settled first along the coast, where they fed marine mammals, mollusks and other inhabitants of coastal ecosystems. In the opinion of the authors of the article, exactly where the edge of the Pacific Ocean passed 25-15 thousand years ago, archaeological evidence of the first settlers to America should be sought.

The search for these certificates is complicated by the fact that since the last ice age, the coast has shifted deeper into the continent, and the land on which the first Paleo-Indians may have lived is now under water.

So far, the proofs of the “algae highway hypothesis” basically boil down to the fact that such a migration path was possible; data that directly indicate the presence of a person in America before the discovery of the Bering Isthmus is small. There are, for example, the finds made in the channel of the Ossilla River in Florida – the bones of a mastodon, apparently killed by a man, and bone weapons; they are 1000 years older than the most ancient things of the Clovis culture. Search for new evidence of early waves of migration to America, the authors suggest in caves and coastal areas where the coastline has not changed much over the past 20,000 years.