Where are the artifacts of extraterrestrial civilizations? 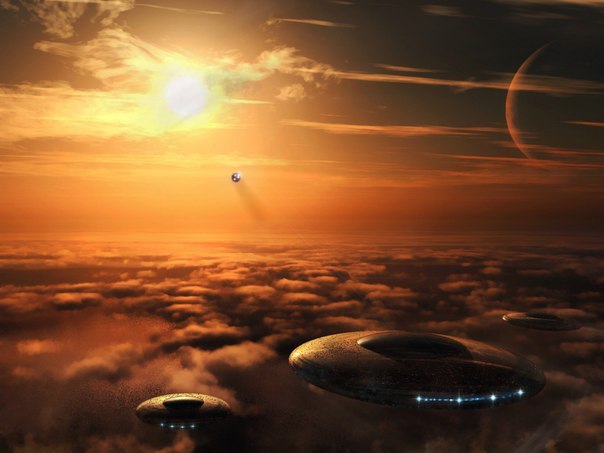 Today no one doubts that the representatives of extraterrestrial civilizations have visited earth in ancient times. It is possible that so far the aliens control all the steps of a terrestrial civilization. For example, there are findings confirming the intervention of aliens in people’s lives, including the transfer of certain technologies and devices. But at the same time, if the representatives of an alien civilization so “settled” in our world, somewhere needs to store documents, objects, technical devices by which they carry out surveillance on the Ground — a kind of “archives and warehouses.” For us these items are the most valuable artifacts, the possession of which would enable to carry out the technical revolution.

Scientists and researchers to search for traces of cosmic civilizations believe that extra-terrestrial artifacts it is necessary to look at the moon: they could be there by accident or intentionally stored there. So, an employee of the University of London Ian Crawford proposes to include in the plans of lunar exploration, the search for these artifacts: “This is not the main reason to return to the moon for the return of a very solid scientific basis. If we go back to the moon in the next 20-30 years, then, among other things, we will need to look for alien artifacts”. Crawford believes that if on the moon there are alien artifacts, they are in the upper layers of the lunar surface: “On the moon, I think it definitely makes sense to make the fence a couple of hundred square feet of material and see him.”

Simultaneously with the search of artifacts left by alien civilizations, humans on each ship traveling in open space, place the media with information about the Earth. For example, the American spacecraft Pioneer series are metal plates about the time and place of start. And Voyager 1 and 2 posted gold-plated media with recorded images and sounds, which give the possibility of extraterrestrial beings to obtain information about life on Earth.

The fact that the Moon is a very convenient object for storing “messages” and artifacts is certain: there is no geological activity, the Moon has an airless atmosphere. There is a theory that it may settle some “space debris” unknown cosmic civilizations of the Universe, so on the surface of the moon, you can find very interesting objects. It should be noted that astronauts “Apollo” was taken to the Ground more than 300 kilograms of lunar material, but nothing interesting in them was not found. Director of NASA said: “Although nothing is impossible, I think, the search for cometary fragments in constantly being in the shadow of the craters of the moon is much more attractive than the search for artifacts of extraterrestrial civilizations”.

Time will tell how right the head of the American space service. But of great interest to technology, which, for example, belonged to the famous king Solomon.

So, in Jerusalem, under the supervision of Solomon seven years to build not only a fabulously beautiful temple to God Java, but Golden Palace. The building was quiet, although it required the cutting of stones. As appears from the Chronicles, king Solomon used in the construction of the temple and Palace magic worm “Shamir”, which could easily “eat rocks”. And brought it to the king vulture from the garden of Eden. In this Golden Palace Solomon’s throne was adorned with two Golden lions, who were able to come to life and were not given any conqueror to sit on this throne.

Legends also say that all of these buildings Solomon helped build the Jinn, which the king could manage with the famous Ring of the Lord of the World. The ring was another name — Solomon’s seal. The ring had the ability to control the elements, influence of Jinn, spirits and other rather “strange” creatures. But if the ring existed, where now there is this unique artifact?

After tremendous work on the construction of the temple and Palace, Solomon decided to relax and went to Damascus. To speed up your journey Solomon took off on the backs of the Djinn. But, it turned out that this is a very uncomfortable way to travel, and Solomon ordered the large weave silk carpets, which could put on himself and his entire entourage. Then, with the help of his magical ring, he ordered the wind to raise the carpets up in the air… So the carpet is unlikely to be only fiction.

Eventually, Solomon became very proud of his power over the spirits, so the Lord of Djinn Asmodeus “scored” a king in a distant land, and under the guise of Solomon rules Jerusalem. The punishment of Solomon was that he was forced to wander, redeeming his pride and learning humility. According to legend, the repentant Solomon was returned to the throne of Jerusalem. He reigned over many worlds. Could move not only air, but also to travel in time. He knew that his temple will eventually be destroyed, therefore, timely prepared an underground hiding place where he hid all his treasures, including the ark of the Covenant and the Chalice of Solomon (on it were carved the predictions about Jesus Christ)…

Many artifacts and remains of the legendary rumors, but searchers still hope to add to the list of found treasures. It’s hard to imagine the significance of technological artifacts of extraterrestrial civilizations. But maybe aliens think that humanity is not ready to receive this great gift out of their hands?