Where are the giants? 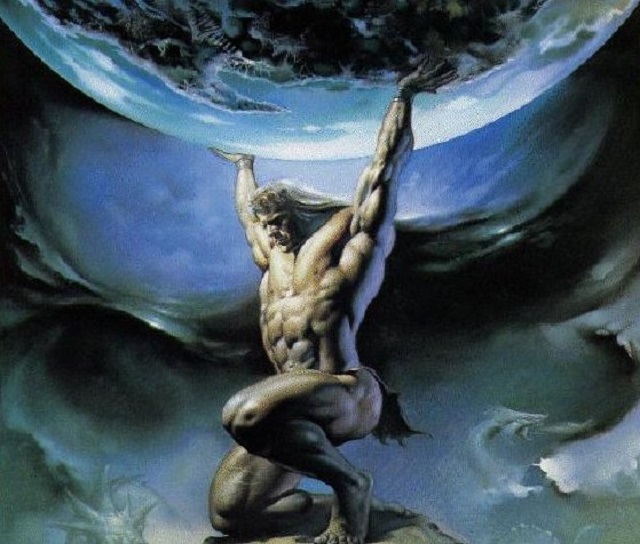 In the oldest monuments of oral and written heritage – the most diverse myths-legends, legends-traditions of almost all peoples are many or not, but it is mentioned about very large people – cyclops, giants, giants … Moreover, this “Gromadyo” is so dense is inscribed in many religious beliefs and cults, that without them a harmonious system simply collapses.

It is said about them and in the very beginning of the Old Testament – in the Book of Genesis. In their eyes, the common people were like locusts for us. “At that time there were giants on the earth, especially since the sons of God began to enter the daughters of men, and they began to give birth to them: these are strong, anciently glorious people.”

Usually in religious doctrines giants-titans were among the gods or fought with them. Also – they helped or harmed ordinary people. And even just gobbled up such a small thing as we shrimp, well, or if the giant was not too big – like a chicken leg or a winglet.

The Middle Ages are also characterized by the presence of giants. Slavic hero Svyatogor – Comrade Mikula Selyaninovich and Ilya Muromets – was very large and had superhuman strength. According to the scriptures and legends, it was taller than the trees and so heavy that the Earth could not stand such a weight and fell through under his feet.

Official science denies the very possibility of the existence of giants. But the associate professors, even before our very eyes, were mistaken, or even simply demonstrated their hardened conservatism, profanism and dependence on power and sponsors. Who pays and controls, he orders scientific dogmas.

Meanwhile, there used to be people-giants on the Earth, whose growth was not only much higher than that of a modern man, but exceeded it several times, evidenced by many archaeological finds from around the world, including the remains of these very heroes of an unreasonable size. 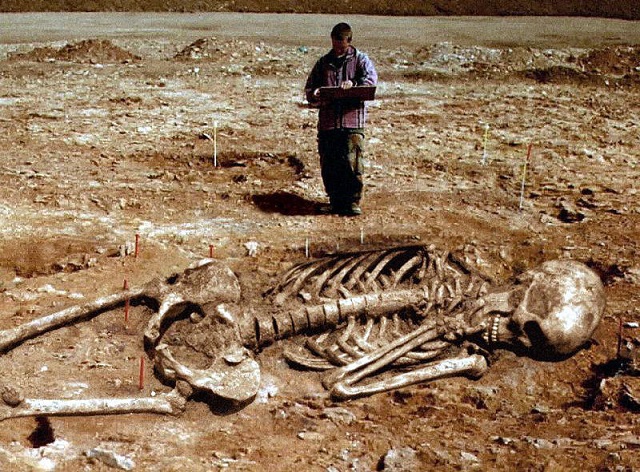 Research enthusiasts can eventually change the familiar picture of the history of our entire globe and humanity. The remains of giants are found on all continents and continents except for understandable reasons Antarctica. Spain, Georgia, Tunisia, Pennsylvania, Texas, Mexico, Peru, the Philippines, Syria, Morocco, Southeast Asia, Australia and even on the islands of Oceania. Artifacts and other evidence for various periods and sides of antiquity is becoming more and more. And the moment when they accumulate a critical mass is already beginning to be seen. Then the replacement of a bankrupt paradigm is inevitable.

There were people-heroes – not us

Traces of the existence of the giants have been found repeatedly throughout the history known to us. And in our life, reports of sensational findings – turtles or bones of incredibly huge sizes from time to time come from all over the world.

They were found in Egypt and Ethiopia, Spain and Armenia, China, India, Mongolia, from South to North America, Australia and even on tiny islands of the Pacific Ocean. Judging by these artifacts, people, in a number of cases, perhaps from the civilization preceding us, and even in some – even not quite or not at all people, were much more impressive in size than modern man.

It is known that now humanity has become higher than it was in the Middle Ages and even in the recent past. However, as the photographs show, in the XIX century and the first half of the XIX there were people growing up to three meters. An incredible giant is captured in the Japanese imperial newsreel.

Maybe for a long time there is averaging, human, unification and leveling of humanity?

In 1911, near Lovelock in Nevada, human skeletons were found to be 3.5 meters tall. Archaeologists are particularly struck by the jaw, at least three times the jaw of today’s people. In South Africa, was found a fragment of the skull height of 45 centimeters. Anthropologists have determined the age – about 9 million years.

In Australia, also found the remains of people significantly exceeding the three-meter growth. A real sensation was a human tooth 67 mm in height and 42 in width. Its owner should have been six meters tall.

In 2000, archaeologists discovered the skeletons of four-meter giants in Eastern Georgia. And in 2008, near the city of Borjomi, a three-meter skeleton was found. In China, fragments of human jaws have been found. Judging by them, the growth of people was from 3 to 3.5 meters, weight – about 300 kilograms.

And the most grandiose find was discovered in the remote region of India “Empty Quarter”. Quite well preserved skeletons reached a height of 12 meters! However, from the prying eyes the place was immediately closed, allowing only the team of archaeologists to the ancient burial grounds.

“Amazing nearby, but it’s forbidden”

And then – as if on command – in many media articles began to appear with refutations and revelations. It is alarming that this is a strange tendency. Despite the different regions, almost everywhere and almost everything happened according to the same pattern.

The military arrived at the site of the excavation, cordoned off the region and hid the find. And it should be noted that such a scheme “prohibition – a massive refutation” – is the stronger, the more sensational the find is.

Therefore, we do not undertake to say unambiguously that this, like all other giant remains, is completely true, but such clearly organized actions already suggest that the authorities and the science under their control tend to hide the truth.

After all, if this is admitted, then many other forbidden truths will have to be acknowledged, and then our world will be too different. And very much in it it is necessary to change.

That there were giant dinosaurs and animals on Earth – a fact. Then they all died or crushed. Were there giants-people, and then also crushed? Evidence is already enough. Until not all recognized, but also – already a fact.