Where did people come from on earth? Prison Planet Theory 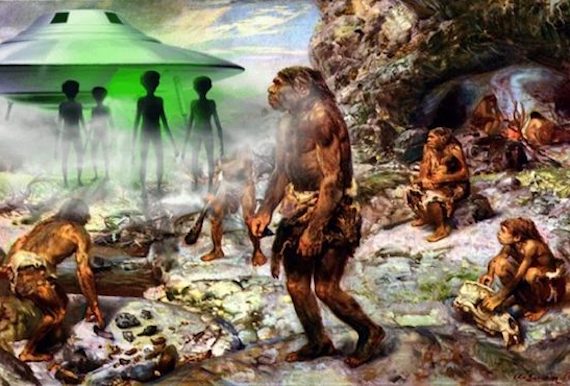 From the very inception of mankind, we strove to explain our origin and answer the fundamental, basic question: where did we come from? In every distant culture scattered throughout the globe, one can find myths and legends about the origin, as varied as the culture from which they originate.

In later times, we had a science and a theory of evolution, scientific attempts to explain the same age-old question that has plagued us since the first glimpses of self-consciousness flashed in our brains, but there is still no definite answer to this question.

But there are theories that people do not have a local appearance and were brought to Earth from another planet.

The idea is that our origins on this planet are not what they seem to be, and that we may not be the product of evolution on this planet, but rather guests who, for some reason, have been here relatively recently on a global time scale. perhaps hundreds of thousands or even more recently, tens of thousands of years ago, after which we interbreed with earlier species, such as Neanderthals, to become the hybrid creatures that we are today.

This will sound wild to many, but many famous scientists support this theory.

And there are many arguments that we, as a species, simply do not belong to this place. The first and main reason for this is that we humans are not like anything else on this planet in terms of intelligence and mental abilities.

There is no other animal that even comes close to our ability to think, philosophize, create politics, works of art and poetry, or advance in technology so incredibly fast.

This is the most obvious argument, but it is certainly not the only one, and human beings exhibit many characteristics and physiological features that prove that we are not as acclimatized and suitable for this planet as our original creators might think.

A long list of differences between us and almost all other life forms on this planet mark us as hilariously ill-adapted to this environment and the world.

These abnormal differences can be seen at the very beginning of our lives. Human women have enormous complications and pain during childbirth that are not observed anywhere else in the animal kingdom, with births among animals being natural and smooth, while human beings need a lot of support and may even die during childbirth, which is still sometimes happens even to this day.

Of course, this is connected with the big head of human babies, but why, should it be, if this is a normal process of evolution? After birth, after an unusually short period of pregnancy, we go through an extremely comparatively long process of slow development, and human children are completely helpless for many years after birth, which is far from the norm in the animal kingdom.

In the end, when growing up, people show many abnormal traits that are not really shared by other creatures on this planet. We are unnaturally prone to chronic diseases and conditions, such as hay fever, allergies and others.

The range of frequencies that we can hear is also regrettablely low compared to most animals, as is our range of smell. Human beings are also prone to chronic back problems, which are the result of various gravities between our homeworld and the Earth, and our bodies actually seem more adapted to the 25-hour day rather than 24, and many of us have sleep disturbances and a common feeling of anxiety because of this.

We are just too different in many ways from any other animal on the planet. In general, our bodies simply are not suitable for this environment, if we have really evolved here over millions of years, then we have not advanced anywhere.

Humanity did not evolve from this particular species of life (native terrestrial organisms), but evolved elsewhere and was transferred to the earth between 60,000 and 200,000 years ago.

However, if all this is true, then why are we even here?

One possibility is that the Earth could be a planet for accommodating prisoners who could not integrate into their normal society.

Our ancestors could be expelled here, after which they were forgotten and interbred with local species to form what we now have under the name “human civilization.”

What are we so guilty of? One of the reasons for this is that we seem to be a cruel species – and we are here until we learn to behave. ”

Once, there might well have been some kind of overseers and they became gods in the minds of our ancestors. Indeed, the UFOs that many people see today may be our true ancestors, monitoring our correction progress.

Another idea is that the asteroid long ago destroyed our home planet, and we fled here, over the centuries forgetting about our true origin, and that we are Martians who fled here from the dying planet Mars. Wild colonists who have forgotten their past.

We could also be landed here for some lengthy experiment, essentially making us intergalactic guinea pigs.

Whatever the ultimate reason, the fact is that we did not come from here.

We came to Earth more or less fully formed, possibly with some hybridization, by artificial changes made to the first colonists on the way to Earth, in order to ensure the primary adaptation to the conditions of the new house.