Where did the man come from? 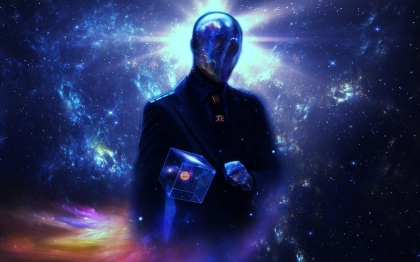 Scientists, theologians, philosophers from ancient times try to give an answer to the question, where did man come from on earth. At the same time, they divided into three camps: some believe in God’s craft, others believe in Darwin’s theory, the rest into alien.

The most ancient version of the origin of man is totemism. It was these beliefs that American Indians and representatives of the northern nationalities held. It was believed that the ancestors of certain groups of people were sacred animals. Each tribe had its own totem (for example, a wolf or a jaguar, like the ancient Maya).

From the mythology of Ancient Greece, it follows that at first there was only an eternal, boundless, dark Chaos in which the source of life lay (agree, it has something in common with the theory of the Big Bang). From it arose the whole world, immortal gods and man. At the same time, some Greek tribes considered themselves “autochthons”, originated from the earth. In particular, the Thebans thought that they originated from the teeth of the dragon killed by the Phoenician Cadmus, which he sowed into the ground. Generally speaking, the Greeks did not have a common opinion about where people came from. For example, Plato quite seriously assumed that they originated from androgynes – pervolades, which combined the signs of both sexes. By the way, the idea that man and woman were originally a single whole, is close to many world religions. Thus, in one of the Talmudic interpretations of the first chapters of Genesis, it is said that Adam was also the androgyne.

In Abrahamic religions (Judaism, Christianity and Islam), it is believed that God created the first man in his image and likeness, and Eve – from his rib somewhat later. In Hinduism there are at least five versions of the creation of the world and man. An interesting (albeit very complex) version is proposed in the Kabalistic teachings. It says that the creator created a harmonious soul, named Adam Rishon – “the first man.” However, he took on a huge spiritual light (which was roughly equivalent to eating the “forbidden fruit” in Christianity). As a result, the soul could not stand it and split into 600 thousand parts, and each of them – into many more parts. All these fragments are now in the hearts of people. Eventually, after the chain of rebirths, they must conduct a “correction” and again gather in a common spiritual complex, called Adam. That is – with what they started, so we will finish.

The famous postulate that a man descended from a monkey is attributed to Charles Darwin, although the scientist himself formulated the idea differently: people and monkeys had a common ancestor-an ape-like creature. According to Darwin, the genus Homo originated somewhere 3.5 million years ago in Africa (modern scientists have already found out that the line with which the origin of Homo sapiens is related separated from other hominids 6-7 million years ago). In the course of evolution, our ancestor began walking on two legs, using his hands as a tool of labor, he began a progressive transformation of the brain, articulate speech appeared. Well, the reason for its evolution, like all other species, was natural selection – the principle, when only the strongest forms of life survive, adapting to changing environmental conditions.

As science develops, creationists (those who believe that man is the creation of God) had to somehow adapt themselves. A kind of compromise between the theory of creation and Darwinism was the so-called theistic evolutionism. He does not reject evolution, but considers it an instrument in the hands of God. Simply put, God created the “material” – the genus Homo – and launched the process of evolution. As a result, a man turned out. An important point of evolutionary creationism is the assertion that although the body was changing, the spirit of man (that is, the immortal soul) remained unchanged. This is the position that the Vatican has officially adhered to since the time of Pope John Paul II.

According to another theory (very popular at the moment), the appearance of people on Earth is associated with the activities of extraterrestrial civilizations. In the simplest version – people are direct descendants of aliens who landed on Earth in prehistoric times. But there are also more complex variants: the crossing of the nominees with the ancestors of people; the generation of a person intelligent by methods of genetic engineering; management of evolutionary development of terrestrial life by forces of extraterrestrial supermind and so on. By the way, one of those who not only supported the theory of paleocontact, but also was its ardent supporter, was the famous Konstantin Tsiolkovsky. And now very many representatives of various scientific trends are sure that the cause of the origin of man should be sought in outer space.