Where on Earth did the water 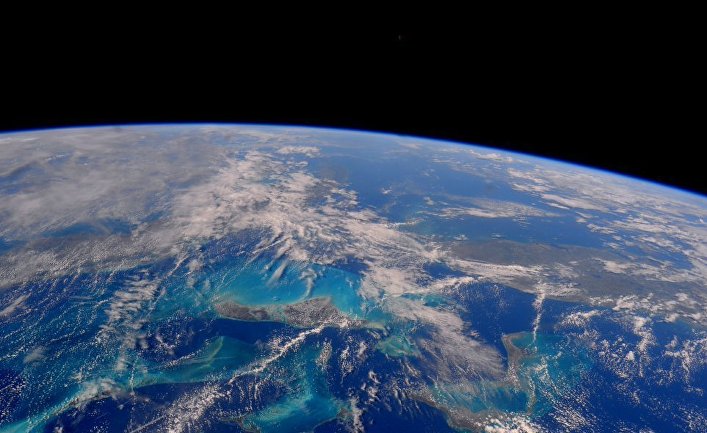 When did the Ground, it was too hot for water. But where did she come from? Two new studies talk about how Jupiter played a role.

Humanity exists because there was a real explosion. And more than once. Watch birth of the Solar system of dust particles in the beginning there was small pieces, and then large asteroids. Massive bodies are merged with each other and melted in a new body. In the end, there were only a few of the planetary fragments, which gradually emancipated its way around the sun. So 4.5 billion years ago there was Land.

This theory of the origin of the Earth is a scientific compromise. He only gives an answer not on all questions. Where on the blue planet water appeared? After all the researchers are unanimous about the fact that when I formed the Earth, it was too hot for water molecules. There are several theories about its origin.

Two recent studies are promoting one of the latest theories, according to which Jupiter played a leading role. Water and other liquids were brought to the Earth, as previously thought, at a later stage with the help of comets and asteroids, and the first stage appearance of the planet.

First was the heat

When there was a space bombardment in the inner Solar system the temperature was so high that water existed only in the form of gas. But this gas is young, immature planet could not accept. Instead, a strong solar wind carried it into the depths of outer space. Only later vital chemical compound H20 is back from the cold outer Solar system. When? And how?

Research scientists Mario Fischer-Hedda (Mario Fischer-Gödde) and Torsten Klein (Thorsten Kleine) from the University of Muenster points to the fact that the strange movement of the planet Jupiter in the first million years of the solar system brought the water back to the Ground. The data contradict a common theory that water appeared on Earth only in the last phase of the emergence of Land of 4.4-3.9 billion years ago by using meteorites and asteroids. Their main argument is that the rare element Ruthenium.

The material special properties. He is drawn to iron, siderophilic, as the researchers say, and therefore at the initial stage of occurrence of the planet for the most part lower in the core, which contains iron. But ruthenium is in the layers of the Earth’s crust and mantle. Ideal for the Fischer-Hedda and Klein, because they know what to tell you about the recent history of the Earth.

Earth ruthenium has a specific composition. It is composed of atoms with different numbers of neutrons, isotopes and thus has a kind of chemical fingerprint, which the team could compare with the ruthenium from the young meteors.

Depending on the origin of meteorites, which are remnants of the young Solar system, their composition, ruthenium is also different. Comets containing water from the outer Solar system has a different “fingerprint” than the dry meteorites from the inner Solar system. The origin of the mantle from the last stage of the emergence of the Earth can be explained by this.

The results of a study of Fischer-Hedda show that the mantle comes from meteorites from the family of enstatite chondrite. Water-rich objects from the outer Solar system, apparently, not collapsed.

“Since we can exclude that water arrived on Earth with meteorites, it has happened before”, says Thorsten Kleine. His research justify enshrined only a few years ago the model of the “Great reversal.”

In accordance with this model, young Jupiter drifted towards the inner Solar system because of the effect of the gas envelope of the planet. When later came the Saturn, he was again drawn out on today’s orbit. While the gas giant on the way back pushed rocky material to the Sun, he threw meteorites and water from the outer Solar system towards the Earth. “Thus at certain times the Earth has been a lot of containing water meteors,” says Klein. And it happened rather early Earth’s history.

Researchers in his theory was supported by another study by Nicholas Dauphas from the University of Chicago. American scholar also appealed to the idea of ruthenium and applied it simultaneously in several elements. They all appear as on Earth and in meteorites. In contrast to the German scientists, he did not check their assumptions on real space elements, and developed on the basis of existing studies a mathematical model on the origin of the earth material. According to her, the Land emerged during the two phases. At the first stage of a building material formed of some water-rich meteorites from the outer Solar system — about one-tenth of the then mass of Earth and containing water enstatite chondrites. The second stage was no more water-rich meteorites, the Earth was directed only enstatite chondrites.

No data about comets

The problem is that all scientists have only studied meteorites, that is a celestial body that fell to the Ground. “We assume that the ratio of isotopes of ruthenium in the less corresponds to the ratio with the Earth farther from the Sun, there are comets,” says Klein. “Thereby we exclude external celestial bodies as carriers of water in the last stage appearance of the Earth.” If contrary to expectations outside the Solar system there are comets that have the same isotopes of ruthenium, like the Earth, this model will no longer function.

What is missing to unravel the mystery about the source of earth’s water is reliable data about these celestial bodies. They can be provided with missions to comets. As the Rosetta mission of the European space Agency has not provided sufficient data, the researchers are betting on future projects. However, officially, the decision on such missions is still pending.