Where to fall of the Tunguska meteorite? 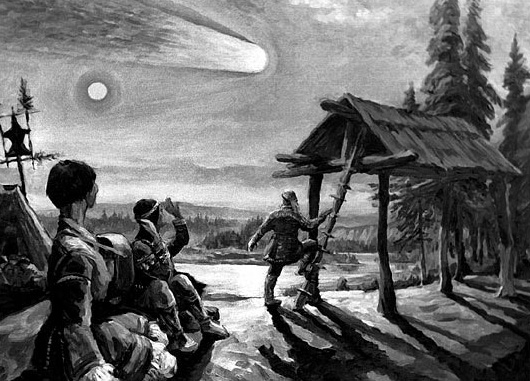 On the morning of 30 June 1908 high in the sky near the Podkamennaya Tunguska river in Western Siberia there was a huge explosion. This phenomenon went down in history of natural history as the fall of the Tunguska meteorite.

Their studies of the phenomenon of the Tunguska meteorite in conversation with journalist Nicholas DARKINYM says the winner of the State prize of the USSR, specialist in the field of gas dynamics, heat transfer and thermal protection of aircraft, candidate of physico-mathematical Sciences, academician of the Russian Academy of cosmonautics. K. E. Tsiolkovsky, Ivan MARTINOV. 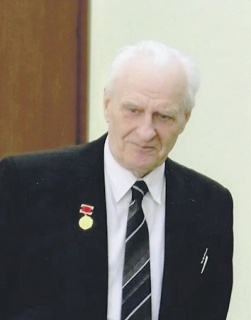 – Ivan Nikitovich, the fall of the Tunguska meteorite event over a century ago, however, the interest in this topic persists and attracts scientists of different specialties. What’s the matter?

– The problem of the Tunguska meteorite no coincidence remains relevant. The main reason is that till today many questions have no answer, although publications are countless. About 30% researchers believe that this meteorite was an asteroid origin, as many say that the Earth met the comet, and another 40% put forward a variety of hypotheses, including fantastic. Unfortunately, there is no single point of view on this unique phenomenon.

But in the last time there was another factor. Around the world was aware of the threatening danger associated with falling to the Earth space bodies, destructive shock wave, thermal radiation, fires, disturbance of the atmosphere, and fall to the Earth – seismic waves, createrootpane, tsunamis… the Risk is magnified in the fall of cosmic bodies in the location of nuclear power plants, radioactive waste storage, hydraulic structures, chemical plants and other facilities. Today it is considered that the collision of Earth with a cosmic body with a diameter more than 10 kilometers threaten the existence of human civilization. But and body with a diameter of several tens of meters can cause great damage. Let me remind you that on February 15, 2013 as a result of falling of the Chelyabinsk meteorite with a diameter of about 20 meters, injuring more than 1,600 people, and material damage amounted to about one billion rubles.

Therefore, the problem of meteor security is being taken seriously. But to withstand the meteor danger, it is necessary to understand the complex physical processes, related to the fall of cosmic bodies. that is why it is important a comprehensive study and examination of all factors of a unique scale drops Tunguska and Chelyabinsk meteoroids.

– I’ll start with definitions. Taken such the terms “meteoroid,” “meteor”, “fireball”, “meteorite”. Meteoroid – a small cosmic body, invades the Earth’s atmosphere at a speed of from 11 to 73 kilometres per second. Meteor is the phenomenon of flash and glow of the meteoroid in the atmosphere. Extremely bright meteors are called fireballs. The meteorite was found on Earth, a fallen celestial body.

So, on the morning of 30 June 1908 over a wide area over Eastern Siberia were observed flying blindingly-bright fireball and its huge explosion high in the sky near the Podkamennaya Tunguska river. In this case, “explosion” is an intense release in the atmosphere the kinetic energy of the meteoroid due to its fragmentation and braking of the fragments.

With the flight of the Tunguska meteorite associated with a number of anomalous phenomena: local magnetic storm recorded nearly 1000 kilometers from the epicenter, in Irkutsk; hissing-whistling sounds, heard simultaneously with the flight of the meteorite, and when the acoustic shock wave has not yet reached the observer; in the night from 30 June to 1 July, 1908, in Central Siberia, European part of Russia and Western Europe North of the line of Tashkent–Simferopol–Bordeaux, and in longitude from the Atlantic to the Krasnoyarsk darkness almost did not come, high in the sky was observed glowing clouds.

– And what were the organized research of the Tunguska meteorite?

Pioneer, enthusiast and organizer of the search of the meteorite was Leonid Alekseevich Kulik, Leningrad meteorolog, the author of numerous publications and Director of expeditions in the years 1927-1939 to the crash site. He first discovered and explored the epicenter of the explosion, the spot of the burn and felling of trees, have attracted attention of scientific community to this problem.

The first post-war scientific expedition to the scene was organized in 1958 by the Committee on meteorites of the USSR, then in Tomsk was created “Complex Amateur expedition to study the Tunguska meteorite”, which later became the nucleus of the Commission on meteorites and cosmic dust of the Siberian branch of the USSR Academy of Sciences.

Extended over hundreds of theories, hypotheses, versions. An overview can be found in the monograph by A. I. Wojciechowski and V. A. romeyko, “the Tunguska meteorite”, 2008. But the Tunguska phenomenon is so multi-faceted that none of the hypotheses does not answer all the questions.

– What is your hypothesis?

– Very briefly the starting point of the hypothesis can be summarized in one sentence: not all meteoroids entering the atmosphere of the Earth, falling on its surface. Some of them are migratory, that is they are penetrating the atmosphere, again fly into space. Span of the trajectory is known from the observations of some cars.

Will the trajectory of the span or large meteoroid falls to the Ground, is determined primarily by its angle of entry into the atmosphere at an altitude of 100 kilometers. Studies have shown that there is a critical angle at 9 degrees. When all the values of large meteoroids will fall to the Ground. When smaller values depending on the ballistic coefficient and velocity of the meteoroid trajectories and passage, and intersecting the surface of the Earth.

Meteoroid studies show that they have low strength and threshold pressure are destroyed into many pieces of different sizes. Small fraction of the meteoroid have a total of more resistance and intensely inhibited, giving its kinetic energy to the air. And the phenomenon of releasing large amounts of energy in a limited volume in a short interval of time to have a blast.

The kinetic energy of the meteoroid is huge. So, when a meteoroid speed of 20 kilometers per second each kilogram of its mass has an energy equivalent to 50 kilograms of TNT. According to various literature sources, the mass of the Tunguska meteorite is estimated at 1 million tons, and the power of the explosion equivalent to more than 1000 atomic bombs dropped on the Japanese cities of Hiroshima and Nagasaki.

– What can you say about the testimony of eyewitnesses of the Tunguska phenomenon? Do they allow to determine the parameters of the trajectory?

And what sort of information you can extract from this article?

– Village lower-Karelinsky is at a distance of 465 kilometers from the epicenter. So, because of the curvature of the Earth, the people could only see what was above 17 kilometers above the epicenter. They observed the phenomenon of explosion and its consequences is quite high above the horizon. It denies adopted in the literature, the height of the explosion in 7-10 kilometers.

A huge puff of smoke suggests that radiation from the fiery clouds lit up the forest. As mentioned, a little cloud – not that other, as remaining after an explosion of air travellers departing part of the Tunguska meteorite. That is, he has not ceased to exist but moved on!

– How do you explain anomalous phenomena associated with the flight of the meteorite?

– In the night from 30 June to 1 July 1908 in Western Siberia, the European part of Russia and Western Europe the darkness of the night almost did not come, high in the sky was observed glowing clouds. A similar situation occurred after the eruption of Krakatoa, when the atmosphere was thrown a huge amount of fly ash.

Of course, the high-altitude explosion of the Tunguska meteorite could lead to a thorough dusting of the upper atmosphere. Small fraction of the wind can blow 15-20 hours over long distances, but not in Western Europe, too far. White night after an explosion was observed in North-Eastern Siberia. This suggests that at higher altitudes in the Northern hemisphere was dominated by the North-East wind.

And now look at the hypothetical trajectory of the meteorite (or fragments) with the epicenter of the explosion. The meteorite in minutes reached the Atlantic, leaving a dust plume and creating conditions for white nights in the vast territory of Eurasia.

About white night Danish astronomer Kool on July 4, 1908, in hot pursuit, wrote: “…it would be desirable to learn, did not appear recently in Denmark or somewhere in another place a very large meteorite”.

Let us dwell on two of the Tunguska anomalies have still not been a clear explanation.

In a few minutes after the flight of the meteorite magnetometers at Irkutsk (about 900 kilometers from the epicenter) recorded a local magnetic storm, which lasted several hours. Magnetic storms occur when a sudden change of flow of charged particles towards the Earth from the Sun due to nuclear spins and non-stationary processes in it.

For flying in the atmosphere of the Tunguska meteorite is formed of high temperature trace with an exceptionally large density of charged particles. Calculations show that the flow of these particles through a section of track exceeds the particle flux from the Sun using the cross-sectional area of the Earth. It is not surprising that the Tunguska meteorite called local magnetic storm. By the way, the local magnetic storms recorded at the rocket launches from the Baikonur landfill at a distance of about 800 kilometers. This is due to the emissions of propulsion system of missiles, a large number of charged particles.

– Many witnesses noted that the Tunguska meteorite was electrofone…

– The so-called bright fireballs, emits a hissing-whistling sounds, heard simultaneously with their flight, when the acoustic and shock waves could not reach the observer. Such phenomena were known long ago, but a satisfactory explanation of this phenomenon is still there. One of the first hypotheses of physics electrofone cars it has been speculated astronomer I. S. Astapovich, according to which the sound was generated by the expiration of the earthly objects of static electricity induced by the passage of the meteoroid. Other researchers have linked this phenomenon with electromagnetic disturbances without a clear explanation of their connection with sound waves.

Electrofone are about a third of all cars, most vibrant and long-lived. Such cars emit significant thermal energy mainly in the infrared range of wavelengths that is absorbed by the surface of the Earth. Different regions of the surface is forest, water, field have different physical characteristics and are heated to different temperatures, transferring heat ground-level layer of air, which creates a certain pressure drop. There is a wind, creating a hissing-whistling sound.

– Based on the above and the known facts, which you seem to picture of the Tunguska phenomenon?

– On the morning of 30 June 1908 a giant stone origin meteoroid asteroid entered the Earth’s atmosphere at a speed of about 20 kilometers per second at a very flat trajectory. Its angle of entry into the atmosphere at an altitude of 100 kilometers were in the range of 7-9 degrees. Flying about 1,000 km, the meteoroid was destroyed by high pressure and exploded at an altitude of 30-40 kilometers. The radiation exposure of the nucleus of an explosion set on fire a forest. Shock waves solid carried out the felling of forests in a spot with a diameter of about 60 kilometers and caused an earthquake of magnitude up to 5 points.

Small fragments of the Tunguska meteorite with a characteristic size of up to 0.2 meter burned out (vaporized) in the epicenter of the explosion. The pieces larger to account for the height of the explosion and the small angle of inclination of the trajectory, flew into the forest for hundreds and thousands of kilometers under their ballistic coefficients. The largest fragments of the meteorite could fall into the Atlantic ocean and even go back into the space.

Blockage of the upper atmosphere by the products of the explosion and moving along the trajectory of the fragments led to optical anomalies in the vast territory of Eurasia. Trail of a meteorite with a high level of charged particles called local magnetic storm. Radiation and uneven heating of the surface layer of the atmosphere made this race car electrofone.