Why are constellations the same in many cultures 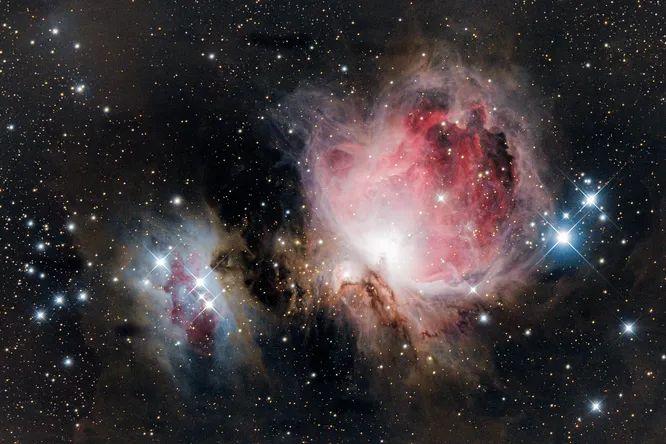 Despite the fact that many ancient cultures are separated by space and time, the patterns of the constellations in them are surprisingly similar. They have different names, but the same shape. How is this possible?

Some ancient cultures that have never interacted may have the same constellations. It turns out that this is due to the way our eyes move across the night sky, connecting the stars along the way into a certain image.

The most striking example of constellations that are the same for many cultures is Orion. The ancient Greeks saw the position of the stars in the night sky as a hunter attacking a bull, but a much more ancient group of Australian aborigines known as the virajuri saw in this figure their progenitor, Bayame, who was usually armed with a shield and a boomerang.

Both Bayamé and Orion are pursuing seven young women known as the Yugarilla sisters or the Pleiades sisters, respectively. However, in the Southern Hemisphere, the constellation Orion is upside down. This gave rise to stories of how Bayame fell on the hunt, after which his constellation sank upside down. It’s amazing how similar Orion and Bayamé are in so many ways, despite the cultures that created them lived at different times and on different continents.

Researchers at the University of Pennsylvania theorized that something is drawing us to similar images of stars, regardless of our culture. The researchers suggested that all people in this regard are united by the model of eye movement across the night sky from star to star. This forces us to mentally connect the observed points and thus form constellations in our head.

The authors argue that this “walk” of the gaze is influenced by the size of the stars and the distance between them, as well as the quick and short movements – saccades – that human eyes make when scanning the surrounding space. By creating a computer model based on these factors, the team calculated the likelihood of mentally arranging the visible stars into shapes among a very complex matrix.

Applied to the night sky, this model successfully identified 88 constellations already recognized by the International Astronomical Union. Of course, this does not mean that cultural differences in human perception of the starry sky do not exist – it is just that now scientists seem to have found the reason for some remarkable coincidences.