Why did the tower of Babel collapse? 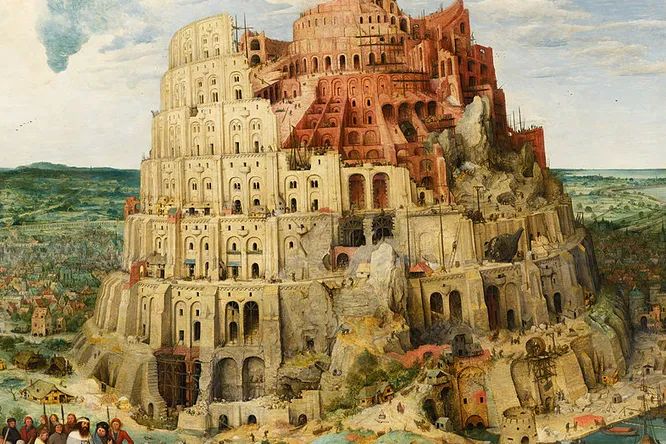 The Tower of Babel, according to legends, was one of the tallest objects of antiquity. But at some point, a huge building for that time collapsed. Why did it happen?

The mythical Tower of Babel had a real prototype – the ziggurat of Etemenanki. He suffered the same fate as the legendary temple. But the structure collapsed not by the will of God, but because of the fragile structural material

According to the Bible (chapter 11 of Genesis), the Tower of Babel collapsed after God was angry with people who set out to rise to heaven and equal him. Seeing that the tower was being built not to glorify God, but to glorify themselves, God created many languages ​​and the once united people of Babylon began to speak in different dialects and ceased to understand each other. Of course, these are just legends, not supported by any facts. Despite this, the Tower of Babel has a real prototype.

Such a prototype is the Etemenanki ziggurat. True, unlike its biblical counterpart, the real tower was rebuilt several times and existed in a completed state for a long period of time. The exact date of its construction is unknown, but it is assumed that the building was built as high as a 25-storey building back in the 19th century BC.

In 689 BC, Babylon, along with the record-high ziggurat of Etemenanki, was destroyed by the Assyrian king. After that, the tower was reconstructed and re-erected. So the temple was destroyed several times, but then it was erected again. The most recent reconstruction was the most ambitious – as a result, Etemenanki reached a height of 90 meters with the same base width.

In 331 BC, the king of Macedonia, Alexander the Great, ordered the ziggurat to be dismantled and reconstructed, but in the process the great temple was destroyed. This could have happened for several reasons. One of the main ones is a rather fragile structural material from which the structure was created. Then ziggurats were built from bricks burnt in the sun – adobe.

Saman was made from clay and straw, but because the blocks were not fired in the oven, they remained quite fragile. Therefore, with the construction of buildings more than three stories high, the probability of their collapse increased. A wider base could save from this, but even it turned out to be not strong enough to support the weight of the Etemenanka 90 meters high. According to modern research, the Etemenanki ziggurat with seven terraces simply could not have been made of adobe. The maximum possible height of the structure was about 66 meters, and then it would have six terraces and an upper tier 12 meters high. Historians admit this state of affairs, given the antiquity of the structure and the accuracy with which people of that time could estimate the height of buildings.