Why did the Vikings have funerals for their homes? 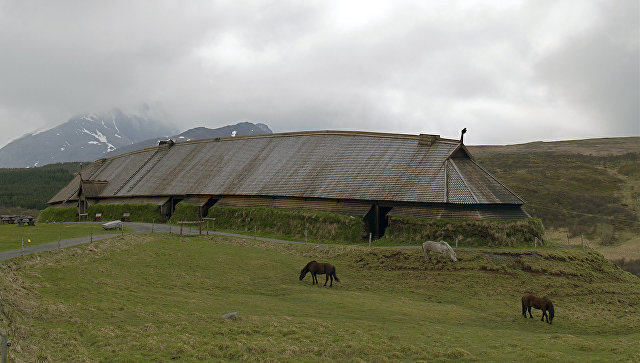 Norwegian scientists found that the Vikings had special rituals of burial homes, which were similar to the funeral of their tribesmen. This is evidenced by the study of mounds in the age of three thousand years in Sweden and Norway, according to a study published in the journal European Journal of Archaeology.

According to the archaeologist Marianne Hem Eriksen, the custom of burning houses is very much like the cremation ceremony. At the same time, not all houses were buried with the dead residents.

“In some cases, we could not find human remains, even where they can usually be expected,” Eriksen explained.

The scientist claims that the Vikings linked the architecture of their dwellings to the structure of the human body. Accordingly, the house, like man, has a soul.

“Many of the Norwegian words associated with houses derive from the designation of the human body.The word” window “comes from the words” wind “and” eye “, since it refers to the holes in the walls into which the wind enters. The word” pediment “is the upper Part of the end wall of the house – comes from the words “head” or “skull”, – the researcher notes.

It is this attitude to the houses that allowed the Vikings to preserve their architecture for two thousand years, despite the strong influence of the Roman state in the first centuries of our era. In the Middle Ages, the long houses of the Vikings turned into “honey halls”, which became the political and religious centers of this or that clan.