Why did Yuri Gagarin crash? 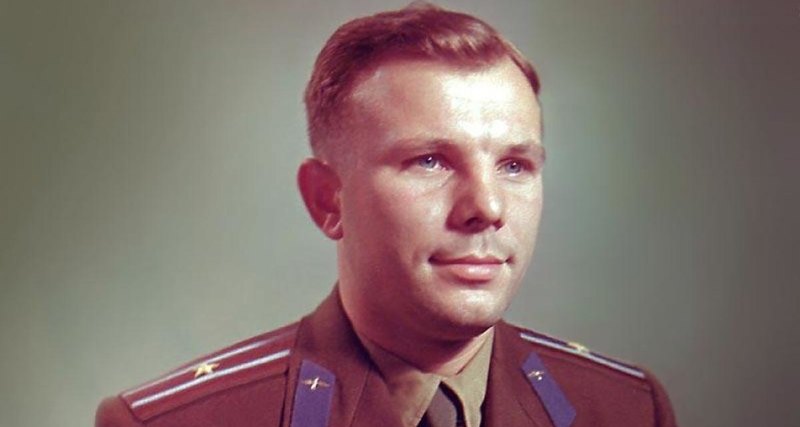 Exactly 50 years ago the first cosmonaut of the planet Yuri Gagarin together with the instructor Vladimir Seregin crashed during the training flight on the MiG-15UTI training fighter near the village of Novosyolovo Kirzhachsky district, Vladimir region. According to the official version, the execution by the pilots of a sharp maneuver resulted in the airplane falling into a supercritical flight mode, but the investigation was not able to establish the cause of this maneuver. But there is another version of the tragedy.

The pilot, Doctor of Technical Sciences Arseniy Mironov, who was a member of the flying subcommission, which was part of a large government commission to investigate the causes of the plane crash that happened on March 27, 1968, told TASS that in the vicinity of the flight zone of the aircraft Gagarin and Seryogin also performed the missions of the MiG-15UTI pilot Andreev . He believes that the fighter Gagarin was in a supercritical flight mode as a result of the maneuver of avoiding the second MiG-15 suddenly seen in the middle of the cloud cover.

Mironov argues that he was able to find the answer to the question about the causes of the death of the first cosmonaut of the planet with a careful study of the fragments of the decoding of the radio exchange, which were covered in a notebook. “At the request of Gagarin at 10:29:57” The task in zone 20 was finished. I ask permission for a course of 320 degrees. “The head of the flight (or his assistant) immediately answered” I’m Allowing “, apparently without observing the danger of the rapprochement of Seregin-Gagarin and Andreev planes on the locator screen. If the head of the flight were to fulfill his duties, he should, having looked at the locator screen, immediately add the command “I authorize” with just two words: “Without a reduction”. But the words “Without a drop” was not uttered. As a result – a disaster, “- explained the pilot.

In the case of a correct command, Gagarin’s plane would pass 320 degrees at an altitude of 4200 meters over the airplane of Andreev. Then there would be no dangerous rapprochement of airplanes and we would not have to carry out the fateful maneuver of evasion. Mironov notes that experts during the investigation of the disaster could not establish who was following the radar at the time of the tragedy and was supposed to see the dangerous rapprochement of labels from two planes. He believes that during the investigation, a deliberate distortion of the actual situation that occurred during the disaster was organized. As an example, he cited the following episode in the work of the flying subcommittee: “At a meeting on April 5, the pilot of the MiG-15UTI aircraft Andreev was asked” In what cloud conditions did he fly in his zone at an altitude of 3000 meters? “The answer was unexpectedly shocking:” I flew outside the clouds, “- says Doctor of Technical Sciences.

Members of the subcommittee, especially specialists in the field of meteorology, began to clarify the circumstances in Andreev, since on a large area of ​​the flight area there was continuous layered clouds with a lower edge of 600 meters and an upper 5000 meters. But the pilot Andreev suddenly said: “Well, maybe I messed up, maybe it was cloudy.” Mironov wrote down in his notebook: “Confused” and thought: “Who needed to distort the actual situation? Not to Andreyev himself. Andreev fulfilled his task precisely, there are no complaints against him. ”

According to the pilot, the dangerous rapprochement of two planes outside the clouds is much less likely than in the clouds – pilots can visually detect each other at a great distance and manage to safely disperse. One can only assume that the original “order” to take specialists away from the search for the true causes of the death of the MiG-15UTI crew came from a high instance. In addition, added Mironov, “it was noted that the continuation of the discussion with Andreev was not supported by the chairman of the subcommittee and was quickly terminated.”

By the way, cosmonaut Alexei Leonov, who made the first ever spacewalk, in 2017 presented in his book “Man and Space” documents and diagrams concerning the death of the first cosmonaut Yuri Gagarin and instructor Vladimir Seryogin. According to his version, the training MiG got into the vortex trail of the supersonic Su-15 flying nearby. At the same time, Leonov notes that he was asked not to mention the name of the pilot, whose actions, according to his version, led to the death of two people. “The plane that was there, passed at an altitude of 4200 meters in supersonic at a distance of 10-15 meters from Gagarin’s plane, turned over and drove the plane into a deep spiral. Everyone says: “They fell into a tailspin.” The plane, in order to break into a tailspin, needs a speed of 350 km / h, and it collided with the earth at a speed of 750 km / h, this is a deep inverted spiral. He turned this plane over, that’s how it really was, “the cosmonaut said.